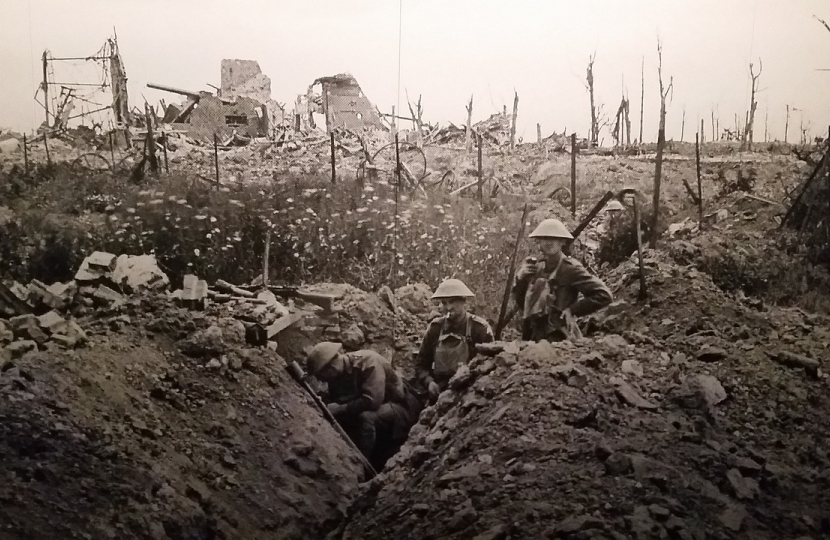 It was not, as everyone hoped a century ago, ‘the war to end all wars.’ The League of Nations has frequently been blamed for failing to fulfill the world’s hope of unbroken peace. In an important new book, Ruth Henig has for the first time done justice to the League’s achievements, while also providing a full account of  its failures. Alistair Lexden’s review of the book was published in Parliament’s House Magazine on 4 November.

The Peace that Never Was: A History of the League of Nations
By Ruth Henig
Haus Publishing Limited

The League of Nations has had a very bad press. Conceived exactly a century ago by the victorious allies after the First World War and established under the Versailles Treaty, it has frequently been derided for failing to achieve its principal purpose: the prevention of another world war by resolving disputes without resort to armed force.

Having played a leading role in its foundation, the United States refused to have anything further to do with it, a blow from which it never entirely recovered. Britain and France were irresolute supporters. An outstanding English civil servant who was asked to run it turned the job down, saying ‘the British Empire is worth a thousand Leagues of Nations’. Its lack of enthusiastic backers enabled Hitler and Mussolini to brush aside its efforts to halt their evil designs.

The success of fascist brutality in the 1930s made the League appear hopelessly ineffectual. The famous, but sometimes wayward, historian A.J.P. Taylor dismissed it as a useless body which on the outbreak of the Second World War preferred to spend its time studying railway level crossings in Switzerland. Margaret MacMillan, a leading authority on the period , has declared that ‘ only a handful of eccentric historians still bother to study the League of Nations.’

There is nothing in the least eccentric about the work of Ruth Henig, a fine academic historian from Lancaster University with several books to her credit, who has been a Labour peer since 2004 and now serves as a Deputy Speaker in the Lords. She has made a lifetime’s study of  the League. She is unsparing in her comments on its  weakness, endorsing  the view that Britain and France were much to blame.  She writes: ‘Their complete failure to agree on a common policy to deal with the aggressive approach of Mussolini and Hitler robbed the League of any remaining claim to be able to maintain international peace through collective action.’

But this excellent concise book also turns the tables on the League’s numerous critics who think it achieved absolutely nothing. They have ignored its important pioneering activities , unconnected with peace-making,  in many different spheres of international life. Henig gives them the prominence they deserve for the first time, having provided a preview of her fresh approach to the subject  in an enjoyable  summer contribution  to the popular lecture series instigated last year by the Lord Speaker.

The League was the most ambitious humanitarian organisation the world had yet seen. From its substantial and well-organised headquarters housed in handsome buildings in Geneva and run by the world’s first international secretariat, it brought countries together to advance human progress in ways that had never been seriously attempted before. Henig writes: ‘ People and organisations from all over the world flocked to Geneva to observe the proceedings and lobby the delegates’ at the annual meetings of the League’s Assembly.

The League helped co-ordinate the work of 560 international bodies. In Eastern Europe the many minority groups in newly established states ‘were protected from severe injustice and harm’ until the outbreak of war in 1939. The League’s Refugee Organisation helped hundreds of thousands of displaced people. Its Health Organisation ‘ worked to combat and to try to control the spread of a range of dangerous epidemics such as typhus, cholera, smallpox and yellow fever’, paving the way for the creation of the World Health Organisation after 1945. Its Permanent Court of International Justice re-emerged after 1945 as today’s International Court of Justice.

For far too long the League of Nations has been seen in a wholly negative light. In this invaluable book, Ruth Henig redresses the balance.