Chamberlain and Churchill - as seen by a brilliant diarist 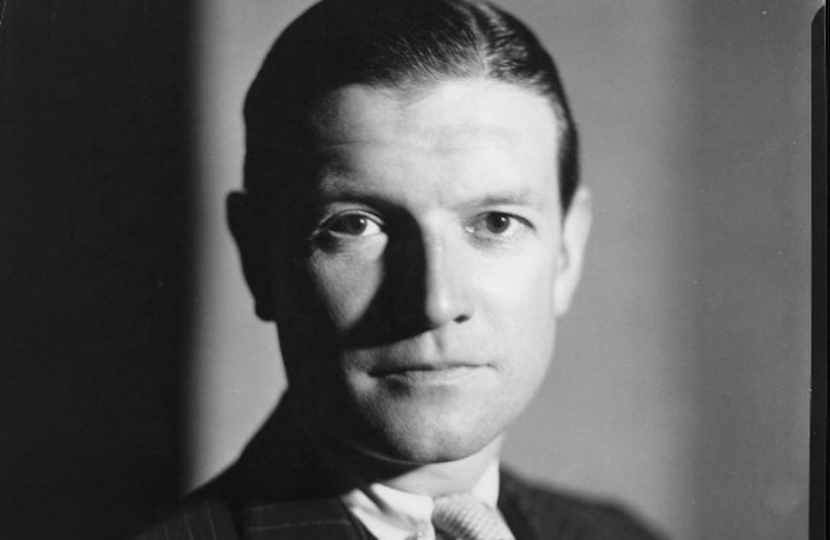 The diarist was Henry ‘Chips’ Channon, a sharp-eyed Tory MP who chronicled the life of the House of Commons (and his own adventurous sex life) at length from the 1920s until his death in 1958. The diaries are being published in three large volumes. Alistair Lexden reviewed  the first volume in March (see below); his review of the second in Parliament’s House Magazine is attached. The third and final volume will appear next year.

Having greatly enjoyed the sexual and political indiscretions which abound in the first volume of these remarkable diaries, published in March, I looked forward keenly to its successor.

It is no less compelling. The editor, Simon Heffer, earns high praise for annotating the text once again with abundant footnotes that are both scholarly and entertaining on the vast array of people, some honourable others disreputable, who appear in it. As before, the rogues seem to outnumber the virtuous.

In October 1938, when this second volume opens, the Munich agreement had just been reached and the rich, self-indulgent Henry “Chips” Channon was coming to the end of his third year as Conservative MP for Southend.

The seat was under the firm control of the Guinness family, into which Channon had married in 1933, despite being predominantly gay.

The marriage collapsed painfully during the period covered by this volume. Lady Honor Channon turned to her ski-instructor and others. Her husband found love and contentment with the young ADC to Field Marshal Lord Wavell, Peter Coats, known as “Petticoats”. The diaries provide many insights into the lives of upper-class homosexuals at this time.

Their escapades can be read- ily located in the voluminous text, thanks to the immensely detailed index which Heffer provides. It runs to some 50 pages, printed in double columns. There are, however, no lurid bedroom scenes.

The political hero of these diaries is Neville Chamberlain, described by Channon as “the greatest man since Jesus Christ”. Those who depict Chamberlain as a weak and vacillating figure, bossed around by Hitler, make a terrible mistake. Channon expressed in purple prose what most Tories felt right up to the famous Norway debate of 7/8 May 1940, which brought Chamberlain’s premiership to an end.

Chamberlain, not Churchill, was the party’s most effective debater in the Commons, constantly trouncing the Labour Party, which did not exactly help itself in the period after Munich by questioning the need for Chamberlain’s massive rearmament programme (on which he spent some 50 per cent of GNP) and opposing the introduction of conscription in the spring of 1939.

Time and again, Channon captures the mood of the Commons as Chamberlain gains one of his frequent triumphs. On 19 May 1939, he writes: “The PM rose without enthusiasm and I think the House expected an indifferent speech. So at first it seemed; but after touching on Turkey he proceeded to expand on a general theory of present-day foreign policy and he became magnificent, calm, spacious, and added some comic relief by several playful shafts aimed at Lloyd George.”

These diaries contain some of the finest descriptions of momentous occasions and high drama in the Commons ever written – though Channon’s vicious anti-Semitism, and his occasional fulsome references to Hitler, affront the modern reader.

Churchill stood no chance of replacing Chamberlain in Channon’s heart. Many of his parliamentary colleagues were equally unimpressed. When the great man addressed Conservative MPs after he had reluctantly become their leader in October 1940, shortly before Chamberlain’s death, Channon noted that “the atmosphere was chilly, almost frigid”. He confessed to feeling “sad but resigned that this most bril- liant, warm-hearted, coura- geous charlatan should now control not only the destinies of the nation but of the great Conservative Party”.

Channon might have added that since Disraeli’s day the party has from time- to-time succumbed to the charms of such people.