The centenary of an MP's brutal murder 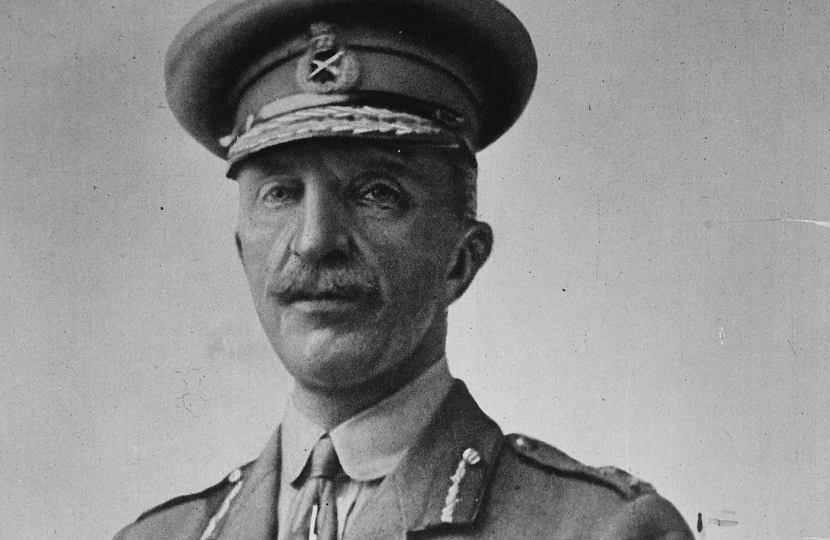 On 22 June 1922, Sir Henry Wilson MP was gunned down outside his home in London. A new book describes the circumstances in detail. Alistair Lexden’s review of this major study is attached. An article in which he considered Wilson’s career at greater length was published in August last year, and can be found below in this section of his website (see Sir Henry Wilson: the MP the IRA assassinated - and the Commons forgot).

News of Sir Henry Wilson’s murder on Thursday, 22 June 1922 reached the House of Commons at about 3 pm, some forty minutes after he had been shot by two IRA gunmen (both British ex-servicemen) on the doorstep of his home in Eaton Place, a mile or so from Westminster.

In his diary, Robert Sanders, a junior minister in Lloyd George’s coalition government, recorded how MPs reacted to the murder. “ I never knew the House so agitated. Questions continued, but members kept making mistakes in asking, and ministers in answering, them. It was a relief to all when Austen[ Chamberlain, Leader of the House] moved the adjournment.”

It came to be widely believed (including by me) that Wilson, who had been wearing his field marshal’s uniform, had drawn his sword in a vain attempt to save himself. This turns out to have been untrue, as Ronan McGreevy, an Irish journalist and historian, shows in this impressive book, which provides a full account of what happened on that fateful day.

The assassins were caught after injuring two unarmed policemen during a chase through Belgravia, and were later hanged.

A century on, the crime and its victim, famous in his day, are all but forgotten. This most timely work, well-researched from Irish sources and packed with information, should help rescue Wilson from undeserved neglect, though it makes some unduly harsh criticisms of him.

Elected just four months earlier in February 1922  as Ulster Unionist MP for North Down, Wilson was the only top-ranking soldier to serve in the Commons in modern times. He brought with him a formidable reputation as the foremost military strategist of the day. His contribution to victory in the First World War gained him a field marshal’s baton at an earlier age than anyone since Wellington.

Sanders described him as “a most attractive personality. He was not a success as a general in the field, but he was a great military statesman. About Ireland he was a fanatic.”

He was fanatical in his opposition to the brutal terrorist campaign which Irish republicans conducted after the First World War. A proud Irishman from a Co. Longford landed family enjoying good relations with their tenants, he believed passionately that his country should remain part of the United Kingdom. He warned that, left to their own devices, Irish politicians would be unable to prevent injustice to Protestants in areas with a Catholic majority, or to Catholics in areas where they were in a minority.

In that he was entirely right. But, as McGreevy demonstrates, he was wrong to imagine that Britain had the power to keep the whole of Ireland  within the UK after 1920.

Wilson arrived in the Commons just after Lloyd George had conferred dominion status on most of the country , retaining only six northern counties within the UK. His implacable opposition to that settlement alienated almost everyone. Maurice Hankey, the Cabinet Secretary, wrote in the evening after his murder that “ I fear Henry Wilson brought this on himself by his very bitter attitude towards the Irish policy of the Government.”

That was a grossly irresponsible comment to make about a distinguished, if controversial, figure.  Now at long last he is to be properly honoured  in the Commons. Memorial shields commemorate all the other MPs who have died violent deaths. On 22 June, they will be joined by another, in memory of Sir Henry Wilson.