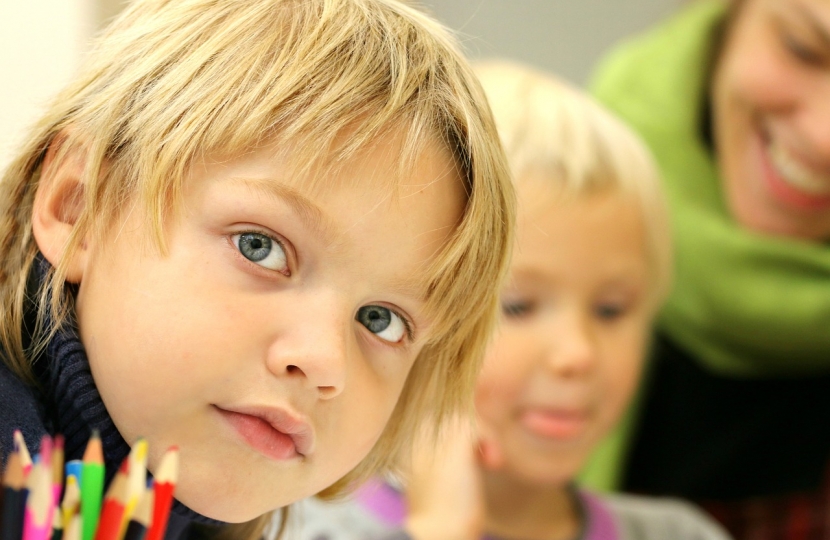 Alistair Lexden has been a strong advocate of opening up independent schools to the population at large since his stint  as General Secretary of the Independent Schools Council (ISC) between 1997 and 2004 when he published an open access scheme for discussion and debate.

In 1942, Winston Churchill discussed with one of his colleagues the part that independent schools should play in the post-war world. Profound change was in his mind . He said that he "wanted 60 to 70 per cent of the places to be filled by bursaries, not by examination alone but on the recommendation of the counties and the great cities.”  Public schools, as he always referred to them, would serve the interests of the nation as a whole.

What actually happened fell rather short of the great man’s hopes. A judge, Lord Fleming, was asked to draw up a plan. He proposed that leading independent boarding schools should devote at least 25 per cent of their places to children on means-tested bursaries funded by the government. Even that target, much less ambitious than Churchill had envisaged, was never achieved. Responsibility for it ought to have been placed in the hands of a national institution. Instead local authorities were given some extra money, and told to use it as they saw fit.

An independent survey found that in the post-war years “some 15 per cent of the total public school boarding population was made up of pupils in receipt of assistance” from public funds. As time passed, local authorities showed less and less interest in helping children who would benefit from an independent school education. By the early 1970s, it was very hard for them to get public funding; one of the few who succeeded was my irrepressible friend on the Labour benches in the Lords, Andrew Adonis, who got a place at Kingham Hill School in Oxfordshire with the aid of his local council. The indifference, sometimes hostility, of so many in local government to independent schools remains one of the most depressing features of our times.

It could only be countered by action at national level. Mrs Thatcher provided it with the introduction of the Assisted Places Scheme in 1979. At its peak the Scheme gave 40,000 pupils access to independent schools on a means-tested basis. But the Labour Party’s unremitting hostility meant that it could not survive a change of government. Its obvious impermanence led many ISC schools to give only token commitment to the Scheme.

Will a transformative national scheme ever be introduced to bring Churchill’s vision closer to reality? It is what most families want. There was a time when the ISC commissioned polling organisations to survey public opinion. In September 2001, MORI found that 64 per cent (a far higher proportion than any victorious political party has obtained at a general election) supported the use of government funds to enable children from lower-income families to attend independent schools. Today, support could well be even higher, in view of the conspicuous success with which ISC schools have served their pupils during lockdown.

It was in response to this widespread support for change that ISC launched OASIS (Open Access to Schools in the Independent Sector) in 2001. It rested on a number of principles which included: no greater government spending per pupil than in maintained schools, the inclusion of pupils of all abilities and aptitudes, and firm commitment to those with genuine financial need. Favourable reaction was led by The Times which said: “Other countries integrate independent schools into the education system, and OASIS would allow the same to happen here.” The Spectator magazine added: “Unlike the assisted places scheme, this proposal would not be skewed in favour of bright children; it would offer a good independent-sector education to pupils of all abilities.”

Today’s national crisis may be followed by fundamental reforms in our society. Could this be the moment to revisit the ISC’s attractive OASIS?

Alistair Lexden is President of the Independent Schools Association, and a former General Secretary of ISC. He is also the Conservative Party’s historian.