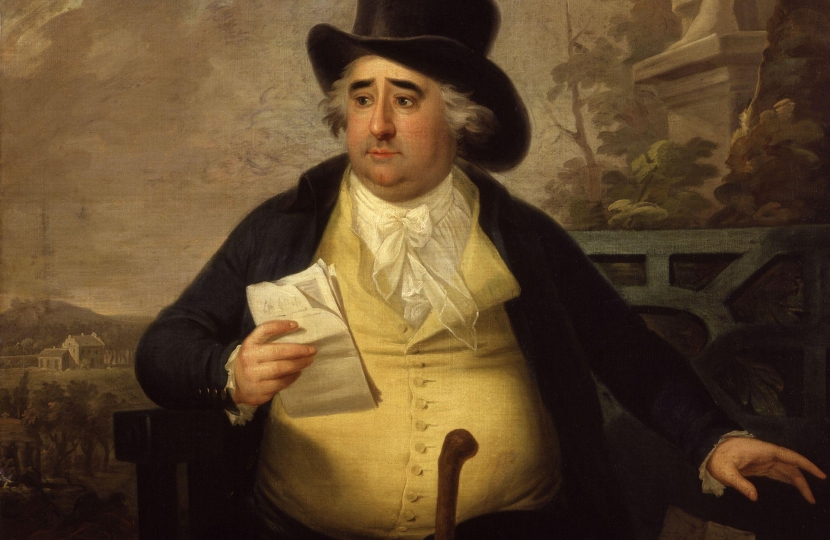 On March 23, The Daily Telegraph reported that lipstick marks were being left on a statue of the famous 18th century Whig leader, Charles James Fox, at the National Portrait Gallery. The staff at the Gallery are trying to stop the kissing. In  the main letter in the paper on April 3 illustrated by a picture of the actress mentioned in it, Alistair Lexden said that Fox would have relished the loving gestures, and  went on to suggest some similarity between him and the current Tory leader.

SIR - Charles James Fox, who revelled in his reputation as “a notorious Lothario” (report, March 23), would not have wanted  kisses to stop being planted on his bust at the National Portrait Gallery once the current crisis is over.

In 1782 he virtually abandoned politics for Perdita Robinson, one of the leading actresses of the day, when his friend the Prince of Wales discarded her with a £20,000 pay-off. “He is all day figuring away with her”, a prominent Whig lady complained.

His most widely admired mistress, the beautiful Duchess of Devonshire, whom her husband happily shared with him, gained political immortality by bestowing kisses on undecided electors in Fox’s Westminster constituency in 1784 (“she supplicates a vote, but steals a heart”).

When blamed for a riot during which his great rival, Pitt, had to be rescued from a shattered carriage, he replied disarmingly: “I was in bed with Mrs Armistead, who is ready to substantiate the fact on oath.”

When his Whig friends commissioned a monument for Westminster Abbey, they could not resist asking for allusion  to his lasciviousness.  He was placed on a mattress, falling into the arms of Liberty with Peace reclining on his knee. Perhaps Boris Johnson, an 18th century figure in many ways, should be commemorated in a similar manner when the time comes.