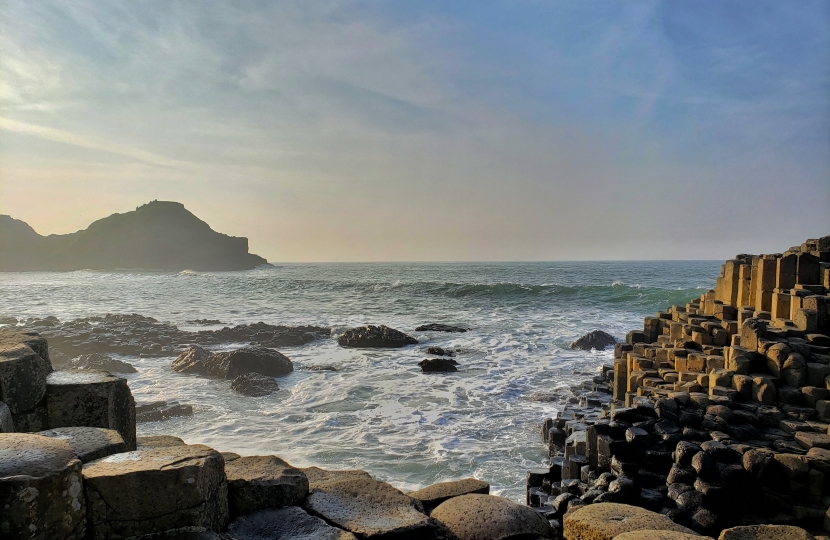 That was the unmistakable message to people in Britain of a short speech which Alistair Lexden contributed to a Lords debate on tourism in the United Kingdom on 24 June. The time allocated to speakers was extremely brief, and a few sentences of the text below had to be dropped when it came to be delivered.

My Lords, Northern Ireland surely deserves a place in this debate on UK tourism, not least since this week marks the centenary of the opening of its first devolved legislature. Tourism is a devolved responsibility, but it must be right to take note of it today, because progress in Northern Ireland matters to us all.

My title’s territorial designation includes Strangford, Co. Down. It signifies a lifetime’s devotion to this important part of our country. I have spent much time  walking blissfully  on the shores of Strangford Lough, which comprises 150 kilometres of scenic beauty. There is of course abundant loveliness elsewhere too from the Giant’s Causeway in Co. Antrim to the Fermanagh lakes, not forgetting bustling Belfast with its hugely popular Titanic visitor centre.

The 63 properties in the care of the National Trust are always of special interest to me on my visits. The Trust stresses its commitment to ‘ nature, beauty and history.’ How wise it is to avoid the controversies that have arisen elsewhere. Historic houses, like statues and college and church monuments, should be preserved help us  understand our complex past.

Before the pandemic, tourism in Northern Ireland was growing steadily after a decade of success. Tourism NI, the excellent public body which does so much to help the tourist industry, reported in 2019 that the Province had attracted  a record three million visitors, half of them from elsewhere in the UK, which is so important in increasing understanding of Northern Ireland’s  circumstances in our country as a whole. Over a ten-year period, spending by visitors had increased by nearly 90 per cent.

How can the Government help tourism in NI recover? They should consider suspending air passenger duty for a specific period. The tax bears very heavily on the Province, to which holiday-makers from within the United Kingdom can, in most cases, only travel for short breaks by air. The Government should also recognise the  concern in Northern Ireland’s tourism industry about the forthcoming requirement that EU visitors show passports. This will create particular difficulties in Northern Ireland, whose EU visitors almost invariably travel via the Irish Republic, where identity cards will of course remain valid.

The House can be confident of the Northern Ireland tourist industry’s determination to recover its former success, and play  a growing  part in the life of Northern Ireland as it enters its second century as part of our country.

A later speaker in the debate, Lord (Alf) Dubs, a former Northern Ireland Minister in Tony Blair’s Government, commented: “ May I say how much I agree with  Lord Lexden in his advocacy of tourism and the beauties of Northern Ireland ? I remember on one occasion walking from Newcastle [ Co. Down] up the Glen River to the Mourne Wall, and then further—one of the most beautiful walks.”

What failed to emerge was the Government’s view of how tourism in Northern Ireland can be helped. It will need to be pressed further.