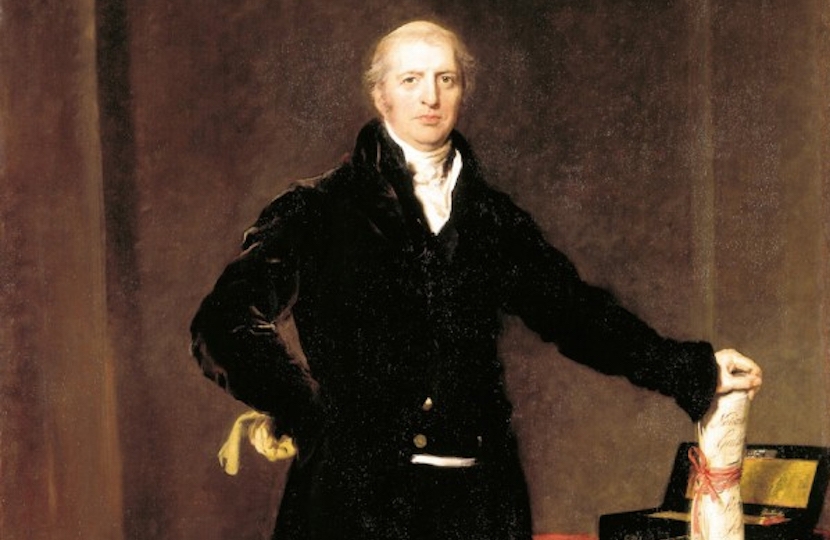 Lord Liverpool (1770-1828) was prime minister for longer than all but two of his predecessors, and longer than all his successors. He had to wait a long time for a full biography by a modern historian. It was finally published earlier this year. Alistair Lexden’s review of it follows.

No one ever loved Lord Liverpool, Britain’s third longest-serving prime minister, apart from his ambitious, self-made politician father and his two wives; he married the second immediately after the death of the first to escape otherwise inevitable loneliness. One of his  colleagues wrote that ‘he had fewer personal friends and less quality for conciliating men’s affections than perhaps any minister that ever lived’. When a crippling stroke forced him to resign in 1827, it was widely noted how little anyone seemed to care about the man himself amidst intense speculation about the political consequences of his enforced retirement.

Born in 1770 and an instinctive Tory of the deepest hue, Liverpool was a professional politician to his fingertips with few outside interests. A rotten borough was provided for him (as for many others favoured by party leaders) when he was twenty, a year before he was legally entitled to enter the Commons. A minister three years later, he was only out of office for a few months during the rest of his life. The one senior cabinet post that eluded him was the Chancellorship, a surprising omission since he relished finance and took personal control of economic policy as premier, assisted by docile Treasury ministers who did what they were told.

Though outwardly calm, he was in fact a bag of nerves. Cabinet reshuffles brought him close to collapse. A quarrel with the Duke of Wellington over a bishopric which the latter wanted for a brother with an adulterous wife made him physically ill as he insisted on the moral probity of the episcopal bench. It was said that he could not open a letter without trembling in anticipation of the bad news he expected it to contain. But he enjoyed standing up to the monarch from whom he would take no nonsense. Turning down George IV’s requests for favours to his cronies, he wrote that ‘ the K. will find himself very much mistaken if he supposes that if he dismissed me any one of my colleagues would remain behind’ to support him in the ‘ stormy and miserable’ state into which he would be plunged.

He was offered the premiership twice before he finally accepted it in 1812. Only two of his predecessors, Robert Walpole and the Younger Pitt, exceeded his fifteen years at Number 10; it is virtually inconceivable that anyone in the future will ever overtake him. His cabinets contained great talent. Of the next ten prime ministers, six had served under him. It is to his most able colleagues—Castlereagh, Canning and Robert Peel—that the successes of his government have generally been attributed. Disraeli conferred on Liverpool the epithet by which he is chiefly remembered, the arch mediocrity. He came to be regarded as good at just one thing: calming the tensions that were rife among his ministers. A respected late nineteenth century biographical dictionary asserted that ‘he was not an able or eloquent man’, but ‘under his mild supremacy politicians of opposite views were content to live on decent terms’.

For years professional historians shrank from the task of scouring the archives of the period to produce a full biography of this unadmired man. It was not until 1984 that the work was first taken in hand by Norman Gash, a firm adherent of the Conservative Party and justly praised biographer of Robert Peel who created the modern Party out of Liverpool’s faithful, but poorly organised, Tories. Gash’s researches were somewhat constrained by age. Now, nearly 200 years after his death, Liverpool’s career has finally been scrutinised in great detail. The scrutineer is a young American historian, William Hay of Mississippi State University. At the outset he is at pains to point out that he has overlooked nothing relevant to his subject. After visits to the Royal Archives, county record offices and other institutions, ‘the British Library’s manuscript room became a home away from home.’ The book has been illustrated very satisfactorily with the help of ‘a George Humphrey shop album of print satires from 1820’ which he stumbled across in Connecticut. Hay’s enthusiasm does him great credit.

Liverpool emerges from his intensive researches as a man of uncomplicated, strongly held views. He was in every way a model Tory. ‘Neither reactionary nor repressive, Liverpool sought to defend Britain’s social and political order along with institutions he believed gave them expression’. Yet many accusations of reaction and repression were laid against Liverpool’s government at the time by opponents of his social and political order, some of whom were happy to use violence.  Liverpool’s firm response to radical agitation after 1815, much of which had revolutionary aims, has been widely regarded by left-wing historians and others as confirming the accusations. In Britain, the counter-measures taken by those in authority are almost always judged more harshly than the disaffected elements who provoke them (a habit from which the IRA has profited in our own day).

One criticism of Liverpool above all frequently recurs. His government has been blamed for ‘the Peterloo massacre’ of August 1819 when troops were used to disperse a demonstration outside Manchester; eleven were killed and hundreds injured. The long-established habit of condemning Liverpool’s ministers will be powerfully reinforced by a widely publicised new film. Its garrulous left-wing director, Mike Leigh, began to promote it months before its release. He regards Peterloo as a peaceful pro-democracy demonstration which should have been allowed to proceed. Sympathy for Leigh’s point of view, if not the manner of its expression, is not confined to the Left. Daniel Finkelstein, Social Democrat turned Conservative, told readers of The Times in August that Peterloo was ‘an emblem of the repressive conservative obstinacy of a privileged elite’, a wholly mistaken view of an era in which everyone except a small radical minority believed that the demanding tasks of government should be in the hands of an elite which had the experience to carry them out in the overall national interest.  Professor Hay is nearer the mark in commending the elite for adapting institutions to draw ‘new, rising interests to its side, thereby denying their support to advocates of sweeping change.’ Liverpool told the House of Lords in 1815 of how he had come ‘to value the commercial interest’ alongside the traditional landed classes. His economic policy, with free trade at its heart, reflected that conviction.

Hay’s account of Peterloo, based on the historical records, differs sharply from Mr Leigh’s and Lord Finkelstein’s. A crowd of between 20,000 and 60,000 men, women and children arrived at St Peter’s Fields in formations that resembled troops on parade. Postponed twice, the meeting had been declared illegal. Liverpool’s ministers advised local magistrates, on whom responsibility for law and order rested, to act only if violence threatened. They believed that it did; a later inquiry found that the area had been ‘in a state little short of actual rebellion’. Privately, the government felt that the Manchester magistrates had acted imprudently, but, as the Duke of Wellington pointed out, if ministers had not backed them ‘others in future would not act at all’ when disorder threatened. Those who follow a policy of deliberate repression never express concern about human casualties. Liverpool, the least callous of men, always regretted the loss of life in times of peace, but the resources and institutions at his disposal made it impossible to avoid death on a small scale very occasionally. His contemporaries contrasted this record with the persistent harshness of continental regimes. His overriding aims were to isolate the agitators and protect the law-abiding in accordance with unchanging Tory precepts.

Liverpool does not emerge from his 200 years of obscurity as a delightful and captivating human being. Childless, almost friendless, with little interest in the arts and much given to crying, he immersed himself completely in the business of government and the work of parliament, making only one speech outside it. He excelled in both spheres. Probably his greatest service was the unstinting support he gave Wellington during the Peninsular War, providing unprecedented financial backing and allowing the widest latitude of action. In peace his principal preoccupation was economic recovery, based on ‘the general principle of free trade as the great foundation of national prosperity.’ As so many said uncharitably during his life, he presided gently over unruly colleagues ; Professor Hay notes his ‘willingness to subordinate personal interest to their collective service’ .

Hay records every twist and turn of his activities in high politics over a period of nearly forty years in rather heavy prose in this work of impeccable scholarship. His curious habit of calling the working classes plebeians may curtail his readership among those on the Left.