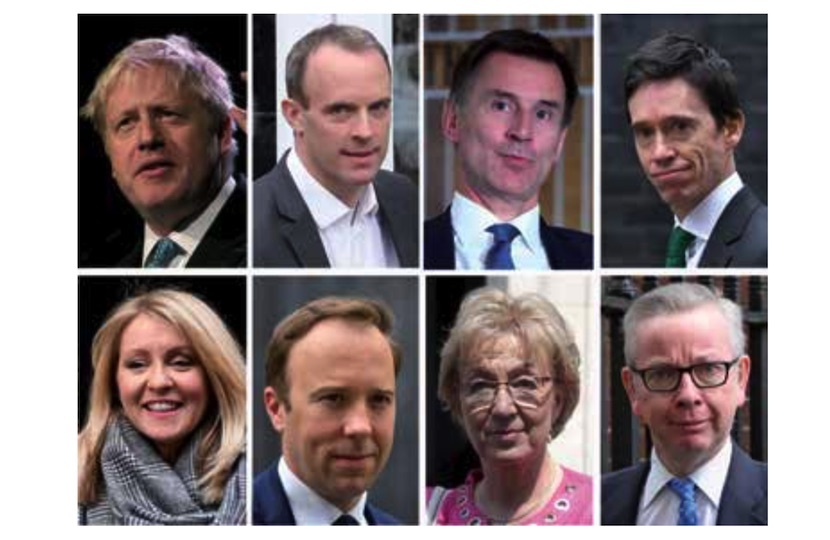 Over nearly fifty-five years they have changed considerably in some respects, but not in others, as Alistair Lexden pointed out in an article published in Parliament’s House Magazine on 17 June.

Sir Alec Douglas-Home, the man who first made Tory leaders subject to election in 1965, would have been amazed by the current contest. He would have deplored the pretentious campaign launches in expensive City offices, the tiresome daily declarations by new supporters of the candidates, and the wild, uncosted policy pledges destined to vanish as soon as the election is over.

Sir Alec did not think there was much wrong with the old system, under which Tory leaders were acclaimed after extensive consultations within the parliamentary party during the era of the so-called ‘magic circle’. In his memoirs, he wrote: “The ‘magic circle’ of selectors had almost everything to be said for it. The whips and the experienced parliamentarians knew the form of every runner in the field; they knew the Members of Parliament who had to work and live with the chosen leader; and they could operate quickly and quietly in collecting views.”

But Britain in the mid-1960s was as hostile to such methods as it was to Tory grandees on grouse moors. The first election in 1965 had a simple aim: to produce a leader “without a whiff of the gentry”, in the words of The Economist. There was not much to choose between the front-runner, Reggie Maudling, and his only serious rival, Ted Heath. The latter won because he was diligent in seeking support; Maudling canvassed in the most casual manner, and lost.

The first contest established two enduring features of Tory leadership elections: the candidate who is the favourite at the start invariably loses, and the electorate is the most dishonest in the free world. Comparing notes afterwards, Maudling and Heath found that 45 of their colleagues had promised to vote for both of them.

The same lack of truthfulness was evident fifteen years later when Margaret Thatcher lost the leadership. Sir Bernard Ingham recorded in his diary (which has just been published) that her campaign organiser’s canvass “gave the PM a solid victory but he said she would be in trouble if his allowance of a 15 per cent lie factor was anywhere near accurate.” Ingham noted sourly, “it seems the lot of them lied.” How many MPs who are now busily proclaiming their loyalty to a particular candidate will be voting for someone else?

Margaret Thatcher was the first to introduce drama into the process, assisted by her cunning campaign manager, Airey Neave. He put it around that no more than 70 colleagues would be supporting her against Heath in the first ballot in February 1975, lulling the other side into complacency. In fact Neave felt confident that 120 votes were secure (she actually got 130 in the first round).

What could have been more dramatic than Mrs Thatcher’s loss in the first ballot in November 1990 when she was being feted at a big international conference in Paris? She said boldly that she would fight on, but in reality she knew that her fate was sealed. Two days earlier Bernard Ingham had noted in his diary: “she vouchsafes that if it runs to a second ballot all is lost.”

When leadership elections started in the 1960s, the Conservative party had around two million members, at least a third of them young. The views of constituency associations were canvassed carefully round by round (the results are in party’s archive at the Bodleian Library), but no one thought members should vote. That was William Hague’s bright idea in 1998. He thought it would help reverse the steadily declining membership. He was wrong. In the first contest under the new system in 2001, just over a quarter of a million voted; in the second in 2005, under 200,000. The total electorate today is around 160,000.

Before the last contest in 2005, the party spent several months debating reforms that would preserve votes for members, but give MPs the final say. A detailed account of the tortuous discussions was recorded in diaries (now published) kept by Michael Spicer, then Chairman of the 1922 Committee, whose recent death is so greatly lamented. The reforms narrowly failed to secure the weighted majority that was needed. It is high time that another attempt was made.

Alistair Lexden is a Conservative peer and historian. His publications include A Party of Change: A Brief History of the Conservatives.