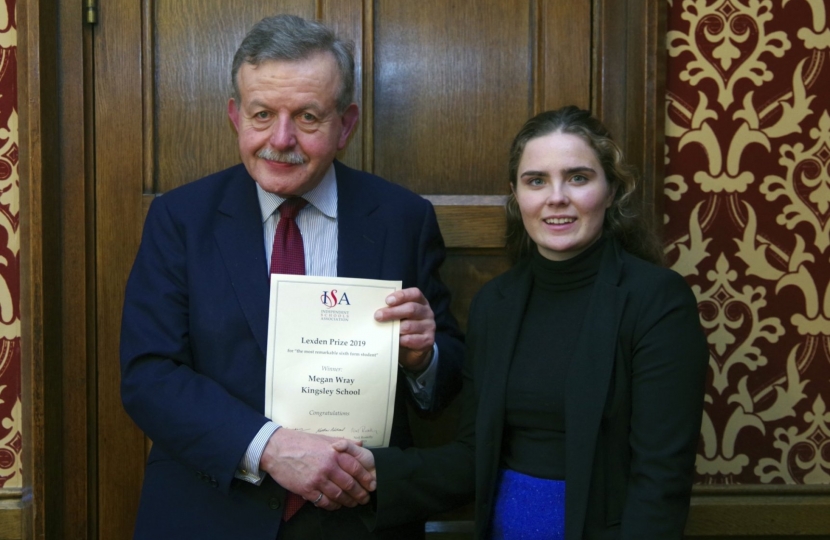 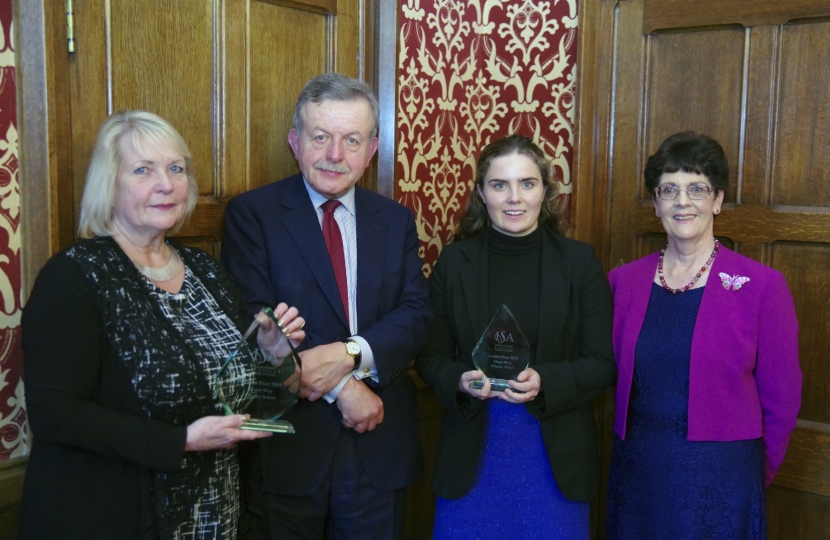 On February 5, Alistair Lexden, President of the Independent Schools Association (ISA), welcomed Megan Wray and two of her teachers from Kingsley School, near Bideford in Devon to the Lords. Megan’s entry for the ISA’s 2019 Lexden Prize was judged to be the best among the large number submitted from the Association’s member schools, of which there are now nearly 550.

The Prize is awarded annually to the ISA’s most remarkable sixth-form student. In its submission, her school described how Megan was coping with dyslexia and the effects of a serious accident. They have not prevented her excelling at drama, singing, sport (she plays handball at international level) and public speaking, She combines great success with an engagingly modest manner.

Alistair Lexden congratulated her most warmly as he presented the Prize.