Thatcher's man in the Lords 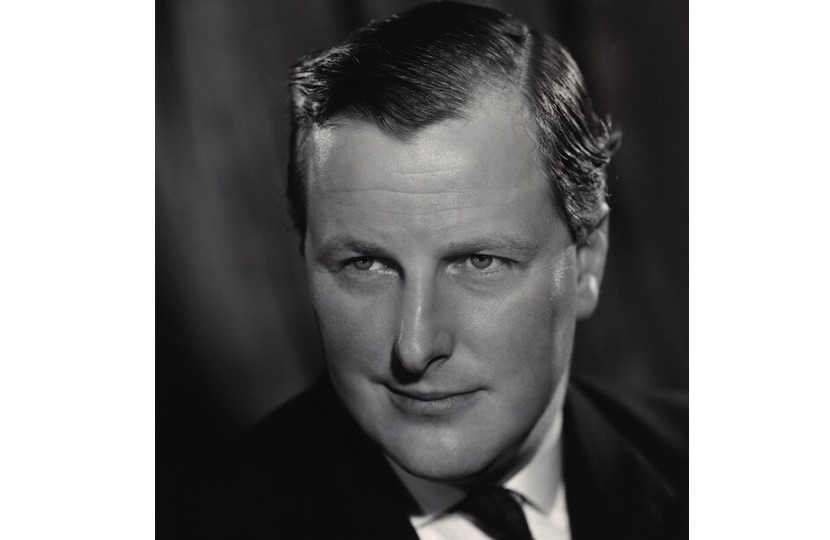 The second Baron Denham, known universally as Bertie, served in the governments of five Conservative Prime Ministers over a period of thirty years, but it was during the Thatcher years that his political importance was at its height.  He died on 1 December. Alistair Lexden’s obituary of him, written for The Times, was published on 9 December—anonymously, as is the custom—with a number of editorial changes and additions.

Until his retirement from the Lords this year at the age of 93, Bertie Denham was the longest-serving peer, having sat in the upper house since 1949. He was also the last surviving member of Harold Macmillan’s government.

He became a legendary figure in the upper house. Having no country estate or business to manage (just a small village shop for some years), he spent a great deal of time in the House of Lords, which he adored, relishing all aspects of its traditions and procedures, of which he was a staunch guardian. He had friends amongst its more colourful characters on all sides.

Changes which seriously affronted constitutional tradition and practice caused him considerable anguish; in particular, he deplored the removal of the vast majority of the hereditary peers by Tony Blair in 1999. He himself remained as one of the 92 hereditaries who stayed on.

The House responded to this champion of its customs and heritage by making clear its affection for him across party lines. An agreeable vein of eccentricity in his character, widely attributed to his family connection with the Mitfords through his mother, added to his widespread popularity. He was much given to quoting his first cousin, Nancy Mitford.

At the start of his career the Tories relied almost entirely on young hereditary peers to carry out most of their front-bench work in the Lords. Denham received his Party’s summons at the age of 34. In 1961, six years after delivering his maiden speech on the medical benefits of heroin, he was made a Lord in Waiting, one of a group of three junior whips, on whom the main burden of expounding the benefits of  Tory legislation fell.

He remained a member of the group, both in government and opposition, growing steadily in prominence until 1972 when he became Deputy Chief whip, an appointment which carried with it the ancient sinecure post of Captain of the Yeomen of the Guard complete with a fine, elaborate uniform and black silk cocked hat which he wore with aplomb.

Uninterested in striving for departmental office and a cabinet seat, he achieved the summit of his ambition under Margaret Thatcher. Appointed Lords Chief Whip in 1979, he was her only senior colleague to retain the same post throughout her eleven-year premiership. He was never reshuffled. Another sinecure post accompanied the job, the Captaincy of the Gentlemen-at-Arms, the monarch’s “nearest guard”, and he duly acquired another resplendent uniform, this time with a plumed helmet which he found rather cumbersome.

During the Thatcher years he worked with six different leaders of the House—not all of them personally congenial to him—as part of the duopoly which has always had charge of the business of the Lords in conjunction with its senior officials. His was the role that mattered above all to Mrs Thatcher. On him depended the progress of her government’s legislation through the upper house.

Since much of that legislation was highly controversial and unpopular among many Tory peers, great political skill was required. That Bertie Denham possessed in abundance. He was invaluable to her—and later confessed to feeling a little hurt that she made no reference to him or his efforts on her behalf when she came to write her memoirs.

That reflected in part their lack of common interests. He was a countryman to the core, in love with the traditional pursuits and sports of rural England which he turned to good effect in writing the four highly enjoyable thrillers which he published between 1979 and 1997. Mrs Thatcher was bored by the countryside and the only thrillers she read were by Dick Francis.

She also failed to appreciate the extent of the difficulties that Denham faced in the Lords. Defeats—in some number—could not be avoided. The task that Bertie Denham set himself was to ensure that the government’s principal measures passed the Lords without being emasculated by hostile amendments.

Sometimes that might mean keeping recalcitrant peers away from the House. One June a tight vote was anticipated. Mrs Thatcher spoke to Denham about it on the telephone. He told her he was at Ascot with a group of Tory peers. ”But of course you will all be back tomorrow in good time for the division. “No, Prime Minister”, he replied, “I am keeping them down here so they cannot vote against the government.”

At other times the avoidance of defeat involved bringing in those rarely seen in the Lords, the backwoodsmen in popular parlance. He enticed them with the prospect of alcohol from his abundant supplies which always included the finest whisky and brandy. The Cabinet Office once queried a monthly drinks bill of £400. “I have saved the government £40 million by getting its legislation through”, he replied loftily.

In 1984 he got a much disliked Bill paving the way for the abolition of the Greater London Council through by 237 to 217, the largest turn-out since the vote to join the EEC. Over the poll tax in 1988 he exerted his charm and guile to secure the biggest attendance since the Lloyd George budget of 1909. The second reading was carried by 317 to 183. He thought it best if peers avoided listening to the speeches made in the chamber. “If you listen to the arguments, you should vote with your conscience”, he was fond of saying. “If you have not listened to them, you should vote with the government.”

Willie Whitelaw saw much of all this at first hand when he was Leader of the Lords from 1983 to 1988. In his memoirs he paid tribute to the special skills which so often proved the government’s salvation. Bertie Denham, he wrote, “must have been specially made for the job” of Chief Whip with his “unrivalled knowledge of the House of Lords and its procedures. He has an unerring instinct for the moods of the House and the likely attitude of its members day by day. What is more, he hides all these qualities and an extremely acute brain under a cloak of natural charm and a splendid sense of humour.”

The humour was not always evident in Whitelaw’s own case. According to one observer, “if Willie was making a mess of things, Bertie moved out to the middle of the chamber and glared at him until he shut up and sat down.” These were the happiest years of his political life.

Even at times of great political crisis Denham was often to be found in his office calmly typing one of his novels on a portable Remington. He never employed a secretary or assistant to help him produce his sequence of clever, well-written thrillers, all of which reach powerful, exciting climaxes.

All four have as their chief protagonist a decent, if lustful, Lords whip, Viscount Thyrde (pronounced third), but his character lacks interest and depth. The books deal much more satisfactorily with events and places, like White’s Club and country houses, than with people. There is, however, a splendid vignette of the author himself. At one point Thyrde calls on his Chief Whip. “I found him sitting down, his lank form drooped over his desk, engaged in a rhythmic transfer of papers from his in-tray to his out, with only the formality of adding a ritual and hieroglyphic initial to each, as it passed in between.” That was exactly how Denham treated his own papers, to his private secretary’s despair.

Sensing after Margaret Thatcher’s resignation that his own days in office were numbered, he took the unprecedented step of announcing his departure some months in advance—and duly stepped down on May 22 1991, the time he had chosen to avoid dismissal. Shortly afterwards he was created KBE. He did not lose his love of uniforms. Invited to open the debate  at the start of a new parliamentary session, he addressed the House in the scarlet full-dress uniform of a sergeant of the Honourable Artillery Company (his rank in the Territorial Army) with three large chevrons on his sleeves. This was the last occasion on which a peer spoke in the House wearing uniform.

One of his favourite party pieces was to recite well-known poems such as Oscar Wilde’s The Ballad of Reading Gaol  to appreciative private audiences. After his retirement as chief whip, three CDs were produced, with Joanna Lumley assisting in an advisory capacity. In his self-effacing way he described them as “moderately successful.”

Sir Bertram Stanley Mitford Bowyer Bt., who was born on October 3 1927, succeeded as second Baron Denham in 1948 on the death of his father, a long-serving Conservative MP and junior minister, whose peerage had been preceded by a baronetcy (to which Bertie Denham added a second inherited from a kinsman). His mother was the Hon. Daphne Freeman-Mitford, daughter of the Ist Baron Redesdale.

He was educated at Eton where he was a King’s Scholar, and at King’s College, Cambridge, where he read English literature.

He served briefly in the Grenadier Guards after the end of the war in 1945 and subsequently as a Lieutenant in the Oxford and Buckinghamshire Light Infantry between 1946 and 1948 as part of his national service.

In 1956 he married Jean, daughter of Major Kenneth McCorquodale and sister of Alastair McCorquodale, who represented Britain at the 1948 Olympic Games. They had three sons and a daughter.