Ten days in the Upper House 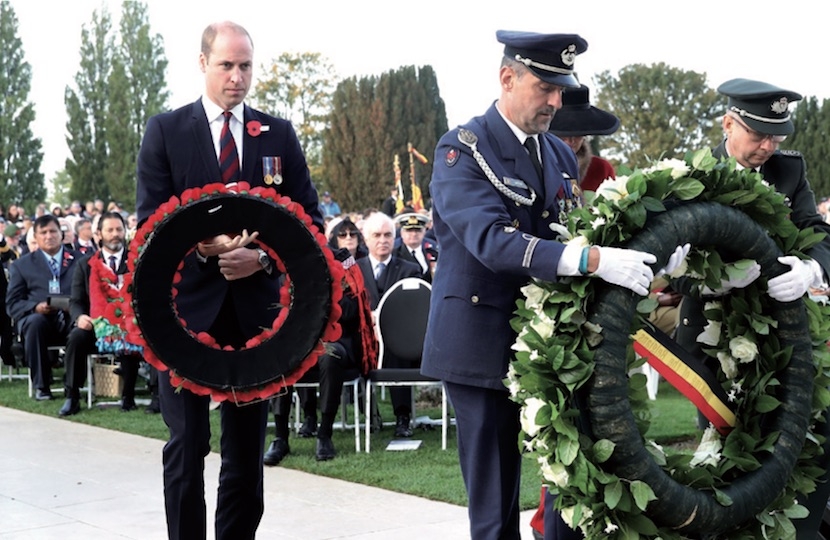 The editors of Parliament’s House Magazine, published weekly when Parliament is in session, ask a member of each House to write a diary column about their recent work. Alistair Lexden has contributed to the magazine in this way from time to time, and did so again in the issue published on 20 October.

History can be cruelly unfair. Endless talk about Munich has deprived Neville Chamberlain of the fame he ought to enjoy as the Tory Party’s greatest social reformer ever. The welfare state advanced significantly in the inter-war period, thanks to his legislation. I relish opportunities to appear on television to discuss this much maligned man.

At the beginning of last week I summarised his  domestic achievements, and corrected Munich myths, for a BBC West Midlands programme. Chamberlain exercised an iron grip on British politics until 1940. His great strength of character emerges clearly in Robert Harris’s justly praised new novel Munich, my book of the year.

Worst of all is the damage done to dead statesmen by fake stories about their private lives. Ted Heath has been cruelly traduced. The Wiltshire Chief Constable seems to have made up his mind that Heath was guilty, sought firm evidence to prove it – and failed dismally. But huge damage has been done.

I did not manage to get the Lord Speaker to accept a private notice question last Tuesday, but Robert Armstrong, who has been indefatigable in combating injustice to Heath, succeeded the following day. The government must instigate an independent inquiry. Calls for it are supported by Ken Macdonald, a former DPP. Wiltshire’s dismal inquiry, which cost £1.5m, was largely funded by the Home Office. There are many grave issues at stake, which only a judge-led inquiry can resolve. The government should follow the example of the Church of England. After a Lords debate I introduced last year, it asked Alex Carlile, a highly respected QC, to review the case of George Bell, one of the greatest of all Anglican bishops who died in 1958. He was declared guilty of child abuse in October 2015 after secret quasi-legal processes. The  Church authorities say they expect to publish the Carlile  report in November.

Fairness and a full understanding of issues are only assured when facts are laid out with clarity and authority. That is what that eminent constitutional expert, my friend Philip Norton, has done in his recently published Reform of the House of Lords. In some 70 pages, it summarises how the House works today, and sets out options for change with rigorous impartiality.  I read it with much admiration on the train en route to talk to a lively bunch of students last Friday as part of the Lord Speaker’s outreach programme to schools.

Sadly, not every publication produced by Parliament itself is free from errors of fact. On Monday this week, I sent the Commons librarian responsible for its production quite a long list of mistakes, which mar an otherwise most useful booklet, Duty and Democracy: Parliament and the First World War. It seems to have been quite widely distributed. I hope a new, completely accurate version will appear soon.

In war, facts are disputed by the combatants, and can be difficult for historians  to establish with complete accuracy. A huge amount of research over many years has now given us a full and  fair picture of that most terrible of battles, Passchendaele, fought between 31 July and 10 November 1917. The latest account by the leading military historian, Nick Lloyd, makes excellent use of German records to show how both armies coped with what Lloyd George described as “the campaign in the mud”.

Even so, it remains difficult to assess the conduct of that controversial figure at the centre of it all, Douglas Haig. In a withering essay,

Churchill wrote, “he surely was unequal to the prodigious scale of events”. Is  that an accurate and fair judgement?   I pondered the question at length as I prepared for a Lords debate on Thursday to mark the centenary of the battle.

Image: The Duke of Cambridge commemorates the Battle of Passchendaele at Tyne Cot Cemetery, Belgium, earlier this month. Via The House magazine