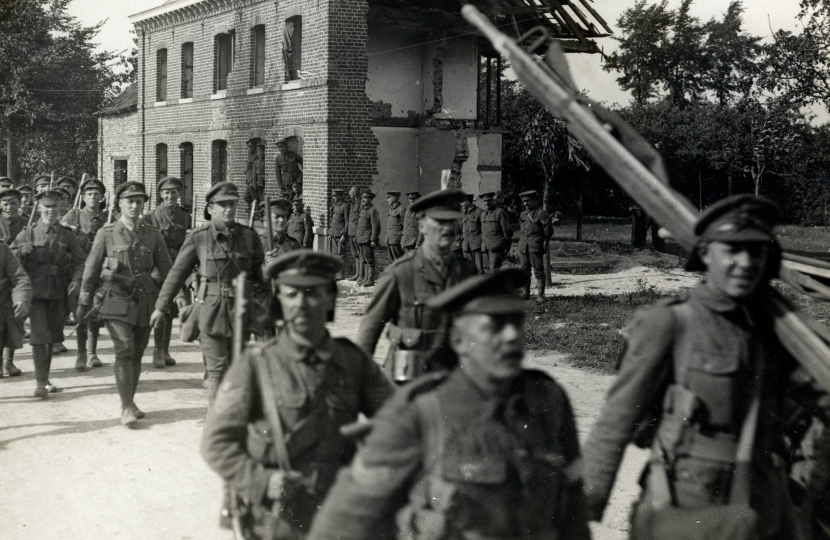 Over several centuries, many homosexual members of the Armed Forces – it is impossible to know exactly how many — were convicted and punished under appalling anti-gay laws which have now been repealed.

Those who suffered as a result of these pernicious laws can now secure official pardons. The families of those no longer alive can apply for posthumous pardons.

The scheme does not yet, however, make satisfactory provision for the victims of all the historical anti-gay laws who served in the Armed Forces.

A clause in the Armed Forces Bill, now before Parliament, will redress the remaining past wrongs created by discriminatory civil laws, in so far as they can be redressed. But there is still more to be done, as Alistair Lexden explained when the Bill had its Second Reading in the Lords on September 7. His speech follows.

My Lords, I am the last Backbench speaker in this important debate, and I will confine myself to one clause in the Bill, Clause 18 to which some reference has been made, but which I would like to consider more fully. Clause 18 redresses, as far as is possible, the hardship and suffering inflicted in the past on gallant servicemen, who happened to be homosexual.

I speak not only for myself, but also for my noble friend Lord Cashman, who cannot be in his place today, and for our indispensable colleague, Professor Paul Johnson of York University, who has a fuller understanding than anyone else of the laws which, over the centuries, created hardship and suffering for homosexual servicemen.

Five years have passed since the three of us called for the action which Clause 18 will now at last authorise. Back in 2016, during the Committee stage of the Policing and Crime Act which became law early in 2017, provision was made, through amendments passed in this House, to grant posthumous pardons, under certain conditions, to individuals convicted of, or cautioned for, certain offences that have now been swept from the statute book, principally buggery and so-called gross indecency.

I pointed out in December 2016 that the legislation would not make adequate provision for the Armed Forces. Pardons were made available for offences, now repealed, under civil law going back to the famous Henrician statute of 1533, but for service offences only the period since 1866 was covered.

It goes without saying that all families who want justice for homosexual forebears or relatives should have the same possibilities of redress available to them.

Some improvement was made in the final stages before the 2017 Act became law. Posthumous pardons for naval personnel were extended back to 1661. But in the time available it was not possible for Professor Johnson to locate all the relevant statutes under which  homosexual servicemen suffered for so long.

After additional work had been carried out, further legislation to accomplish what had been left undone in 2017 was drafted in the form of  two Private Member’s Bills which the noble Lord, Lord Cashman introduced in this House. Clause 18 represents the completion of a long process, for which my noble friend the Minister and her officials deserve sincere thanks.

It has been a formidable undertaking. Clause 18 covers a period in which some 300 separate enactments, comprising the annual Mutiny Acts and Marine Mutiny Acts, as well as numerous iterations of articles of war regulated the Army and Royal Marines.

We do not know  how many servicemen were convicted, and punished, for engaging in same-sex sexual conduct that would be lawful today. Whatever the number, a posthumous pardon will, so far as is possible, acknowledge and address the grave injustice done to them, and wipe the stain of that injustice from their memory.

I would like to say that Clause 18 ends the matter. Unfortunately, it does not.

These posthumous pardons cover only those convicted of civil offences under service law.

Many Armed Forces personnel were convicted under specific service discipline offences, such as the offence of disgraceful conduct, for engaging in consensual same-sex acts that would be lawful today.

Again, we do not know the number. But it is substantial—and for every one of that number a career was damaged or destroyed.

Service discipline offences are not covered by the current pardon and disregard schemes, first introduced in 2012.

Why should the brave people harmed by them be excluded from such measures of redress as have been belatedly devised to help restore the reputations of the unjustly condemned?

I intend, with the noble Lord, Lord Cashman, to table amendments in Committee to address those further historical injustices.

Replying to the speeches made during the debate, the Lords Defence Minister, Baroness Goldie, said: “My noble friend Lord Lexden raised the very important matter of Clause 18, and I am grateful to him for mentioning the significance of that clause. He rightly mentioned Professor Johnson and the noble Lord, Lord Cashman. I wish to use this opportunity to pay tribute to their incredible efforts to bring Clause 18 to fruition, and I think the Chamber would wish to acquiesce in these sentiments.”