Politics and the Stage 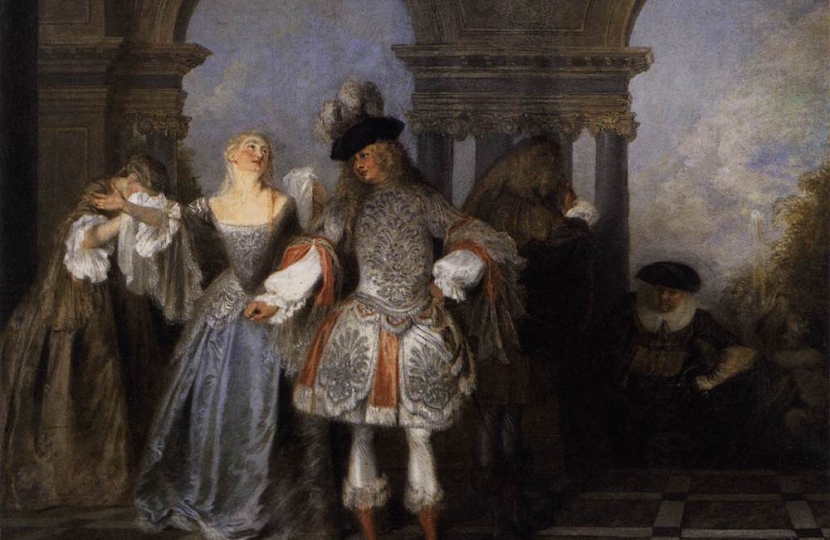 It is often said that politics and the theatre have much in common. A new book about the oldest amateur dramatic society in the world explores the connection between them in the course of telling an absorbing story of theatrical success over nearly 170 years. Alistair Lexden’s review of the book was published on the ConservativeHome website on February 6. You can read it below:

For two weeks in August 1841, the city of Canterbury was en fete. Along with many other entertainments, the editor of a local newspaper wrote later:

“The Tories had gained a great political triumph, and had succeeded in returning both members for the city to Parliament. The victory was celebrated with dinners and dances; there was a fancy bazaar, at which duchesses, marchionesses, countesses and baronesses kept the stalls”.

Traditionally, the two-member constituency was shared by a Liberal and a Tory, but in 1841 the Tories made a special effort, seeking votes among the electorate of some 1,500 with a zeal unrestrained by the requirements of electoral law.

When an attempt was made to get Gladstone, then a “stern, unbending” Tory in Macaulay’s famous phrase, to stand in Canterbury at the next election, he indignantly repudiated any association with such “a very corrupt place”.

The city’s distinctly dubious political reputation was redeemed by two major annual occasions which stemmed directly from the celebrations that followed the Tory triumph of 1841. After the jolly bazaar organised by titled ladies, the mood became rather calmer.

“The cricketers held their soberer and less exciting revels. The great event of the [second] week was the match between Kent and England”. The men of Kent, watched by some 4,000 spectators “including the leading county families”, won by 74 runs.

The victory inspired the creation of an annual Canterbury Cricket Week (always spelt with capital letters) which only World Wars had the power to disrupt.

From the start, the Week also provided a splendid daily diversion for those attending it: each evening theatrical entertainments of high standard were laid on by a company formed by some of the visiting cricketers and supplemented by friends with thespian talent.

Several of them were also active in politics, the majority, it seems, on the Liberal or radical side. In 1854 the visiting actors organised a mock election “with placards all over Canterbury”. It was a thoroughly good-humoured affair conducted apparently with complete electoral purity. It is not clear whether the Canterbury voters appreciated the change from their accustomed ways.

The success of the first performances in a run-down local theatre (recalled by participants as a “ den of dirt and distemper”) forged lasting bonds between the actors, who were led by members of the Ponsonby family, headed by the future Earl of Bessborough, a senior Liberal and friend of Gladstone after his conversion from Toryism.

“Many of the amateurs walked the stage with the grace and style of favourite professionals to whom they would bear comparison”, a press report of the 1840s noted admiringly. They swiftly agreed on a name: the Old Stagers. Still flourishing over 170 years later, they are the oldest amateur dramatic society in the world. They have given immense pleasure to audiences drawn not just from Canterbury but from much further afield too. This book tells their story with the wit and style that such accomplished performers deserve.

Richard Ritchie has been a central figure in the Old Stagers for nearly fifty years, as a leading actor, writer of revues and composer of accompanying music. He now has the pivotal role of Manager.

For this book he has drawn on an extraordinarily rich collection of documents going back to the early days, housed in the Archives of Canterbury Cathedral. They include many historic engravings and photographs reproduced as lavish illustrations to this fine volume.

Ritchie naturally writes with deep affection for his fellow Old Stagers, but he possesses a historian’s detachment too. He avoids the chief snares which trap so many of those who write accounts of beloved institutions: an inability to view them critically or assess their place in the wider world.

Three times a Tory parliamentary candidate and literary executor of Enoch Powell, he understands the changing national and social contexts to which the Old Stagers have had to adapt themselves. He quotes a local newspaper which stated in 1858 that “the performances of the ‘ Old Stagers’ are a type of true Conservatism, for they represent at once permanence and improvement”.

Ritchie recognises with unflinching clarity that in order to survive institutions must move with the times. In 2003 the “first all-out gay kiss” was included in one of his many successful productions. This book, set in Kent, captures superbly one aspect of the enduring, yet changing face of England over nearly two centuries.

In 2000, the great Bill Deedes visited Canterbury Cricket week. “I caught sight of a programme for the 149th season of the Old Stagers at Canterbury’s Gulbenkian Theatre which accompanies the week – they were playing Ronald Gow’s version of the Sackville-West novel The Edwardians. A dream come true”.

You can read the original article on ConservativeHome here: