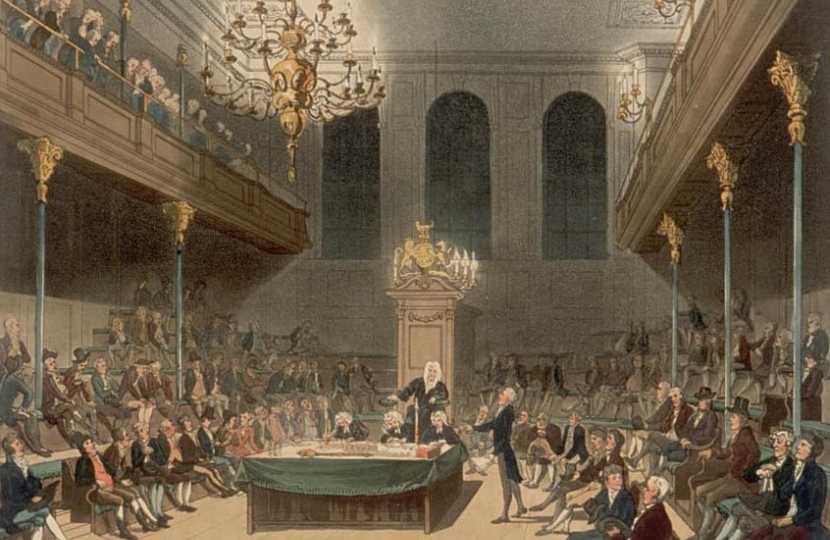 On 17 September, the Supreme Court began its deliberations to determine whether or not Boris Johnson had acted unlawfully in proroguing Parliament for five weeks. In his opening speech for the government, Lord Keen of Elie QC, Advocate General for Scotland, referred to some occasions in the past when prorogation had had a political motive. Alistair Lexden took up the theme in a letter published in The Times on September 19.

Sir, Lord Keen provided one or two historical examples of “nakedly political” uses of prorogation (“Judges warned to stay neutral”, Sep 18). The early 19th century is littered with them. In 1820, Lord Liverpool’s government hurriedly shut down parliament to stop an inquiry into George IV’s private life after the collapse of his efforts to get a divorce from Queen Caroline. There were loud shouts of “Shame! Shame!” and violent scenes in both Houses. In April 1831, William IV jumped in a carriage to prorogue in person to oblige his Whig government. Hurriedly putting the crown on his head in the robing room, he complained about the deafening noise. The Lord Chancellor explained: “It is only the Lords debating”.

The conduct of Victorian minority governments anticipated Mr Johnson’s. Hopelessly outnumbered in the Commons, the Tory Lord Derby prorogued Parliament quite shamelessly for six months on two occasions in the 1850s and 1860s. The fact, however, remains that in the 20th century prorogation normally took place in conformity with the advice in 1903 of the constitutional expert Joseph Redlich: “It is always the responsible act of the cabinet, which must find its support in the approval of the majority of the House of Commons.”