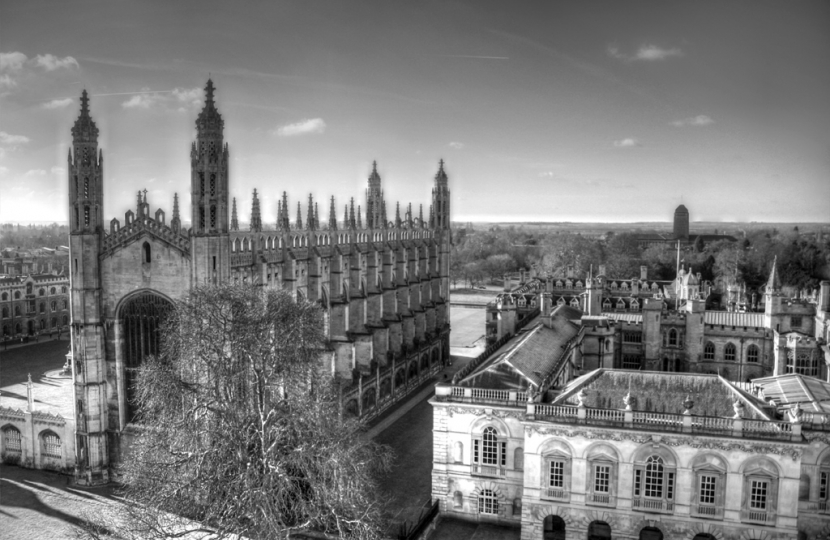 The Rev. David Johnson (1953-2020) was a flamboyant High Church Anglican priest, misogynist and wit (often mocking his own Bishops) who took to the bottle. In the mid-1970s, before ordination, he was a star performer in debates at the Cambridge Union. Alistair Lexden recounted a tale from this period in a brief recollection of him published in The Times on May 21 as a supplement to its obituary of him on May 6.

This bizarre clergyman spent some time in bondage. Kidnapped while vice-president of the Cambridge Union by daredevils from Oxford, he was paraded around their union chamber tightly bound up in a shopping trolley. He took his revenge by hiring burly guardsmen to bundle Churchill’s grandson, Rupert Soames, the Oxford Union president, into a van that was unloaded at the shop of Cambridge’s leading academic outfitters. Displayed tied to a chair in the shop window, he was rescued by the passing master of Jesus, Cambridge, who just happened to due to speak at the Oxford Union that very evening. “Rupert still talks to me,” Johnson said with some amazement afterwards.