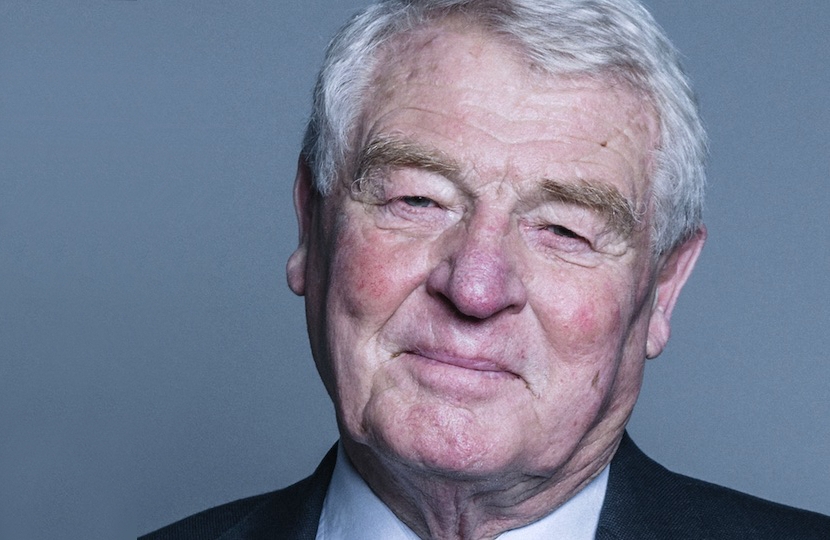 Shortly before he died in December, Paddy Ashdown, an accomplished author, published an important and inspiring book on the internal German resistance to Hitler. Many brave people paid a very high price for their courage.

In a review of the book, published in Parliament’s House Magazine on 14 January, Alistair Lexden paid tribute to Paddy Ashdown’s career as a writer, as well as praising his final work.

Nein! Standing Up to Hitler 1935-1944 by Paddy Ashdown, William Collins

Paddy Ashdown’s formidable achievements included nine substantial books. In his later years writing, and the detailed research which preceded it, became especially important to him, helping to absorb his boundless energy which  never diminished. ‘Being idle’, he said,  ‘is the worst of all punishments for me.’

His political legacy to us is enhanced by his published work, over which he took great care. In all of it his characteristic qualities - conviction, passion, clarity and panache - were abundantly displayed.

His memoirs, charting the recovery of the Liberal Democrats under his leadership, are a major contribution to contemporary history. It was deepened further by the two volumes of his diaries, recording in fascinating detail his  discussions with Tony Blair  and his circle to try to secure  an enduring partnership  between the parties of the  left, which would consign  the Tories to the political wilderness. Blair’s electoral triumphs caused the great project to founder, but Ashdown’s influence was seen in the major reforms, which transformed our constitutional arrangements after 1997.

In political retirement after his notable success in Bosnia, he was increasingly drawn to the study of the Second World War and the suffering it inflicted. A man of conspicuous courage himself, he greatly admired the valour of those Germans who defied Nazi tyranny.

His last book, published shortly before his death, gathers together accounts of heroic deeds performed by individuals either on their own or in groups in unsuccessful implementation of plans  to get rid of Hitler. Torture and death  in hideous circumstances invariably awaited them. Most have already been studied separately. Here they are brought together in the first comprehensive history of the internal resistance to Hitler at the highest levels among his senior commanders and civil servants.

Ashdown weighs up the qualities possessed by Hitler’s brave German opponents with care. Many had  assisted the murderous dictator’s rise to power. Some had been deeply tainted  by anti-Semitism. Few were natural democrats. ‘There are no flawless  heroes in this story’, he emphasizes. They made many mistakes, but in the end they all ‘arrived at the right moral judgments when so many others did not’ and they ‘deserve history’s admiration.’

Frequently, however, they failed to gain the admiration of political leaders outside Germany whose assistance they tried to enlist. Could they have disposed of Hitler, and prevented war, if Neville Chamberlain had given them the encouragement they sought from him by rejecting Hitler’s demands at Munich in 1938?

It is a bitterly contested question which divides historians. Ashdown puts himself firmly among Chamberlain’s critics. ‘No other attempted putsch against Hitler’, he writes,’ would be better prepared, more strongly backed, more likely to succeed than that of 1938.’ Even so, it might be countered, without the actual start of an uprising against the Nazis, no British leader would have broken with Hitler at Munich and begun the war with the country’s rearmament incomplete.

Churchill’s government was contemptuous of Hitler’s German opponents. ‘They had never shown any thoroughgoing determination’, Anthony Eden declared in 1943. There could be  no question of a peace negotiated with  the resistance movement if it should succeed in removing Hitler. Ashdown sees the case for the policy of unconditional surrender, but nevertheless regrets it since instead of producing ‘a sustainable and just peace’ throughout Europe, it enabled Stalin to enslave one half of it.

Ashdown had another reason for admiring Hitler’s internal enemies. Many  of them wanted a unified Europe in which war would be inconceivable. ‘They would have found themselves completely at home in the European Union’, he declares with satisfaction. They would have agreed too that the champions of Brexit were using a ‘convincing untruth’ to advance their cause, just as false prophets had done in the inter- war years. ‘Painting a lie on the side of a bus and driving it around the country would have seemed perfectly normal in those days.’

In his important, final heartfelt book, Paddy Ashdown has a clear farewell message for us.

Image: Official portrait of Lord Ashdown of Norton-sub-Hamdon, courtesy of the House of Lords, Attribution 3.0 Unported (CC BY 3.0)