Northern Ireland - the search for greater stability and a stronger Union 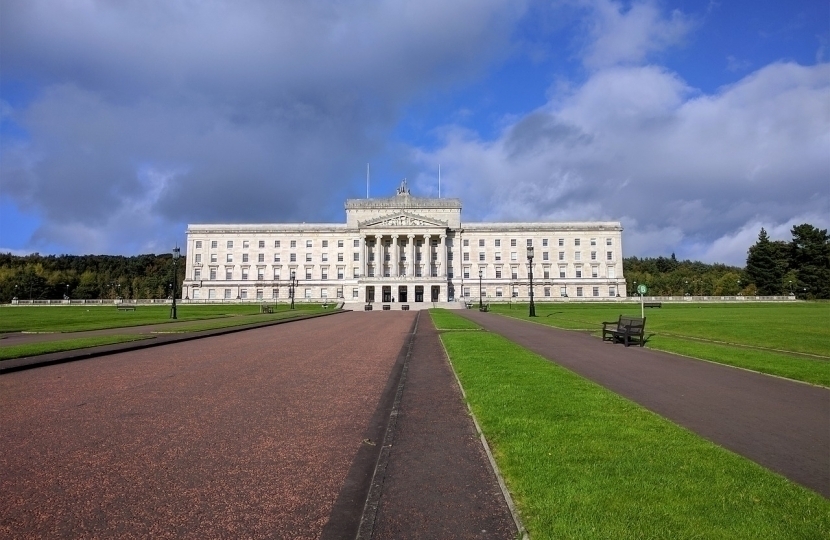 Between 2017 and 2020 devolved government in Northern Ireland was in abeyance. The system has to be run by a coalition in which diametrically opposed parties serve. Unionists and Sinn Fein have to find ways of working together through a power-sharing Executive. For three years this proved impossible.

The re-establishment of devolution in January 2020 was accompanied by a long list of agreed changes and reforms, designed to increase political stability in Northern Ireland. They include a large extension of the time allowed for forming a new Executive after elections to the devolved Assembly. The various Parties are to have up to 24 weeks to reach agreement on the distribution of ministerial posts.

While discussions are taking place, the Ministers in office before the elections will remain in post. If the leading Ministers resign after an Executive has been formed, the rest  will be able to continue without them for up to 48 weeks. Though major policy decisions will not be taken, government will be carried on rather than being suspended, avoiding a repeat of what happened in 2017, at least for a substantial period.

Legislation is now before the Lords to implement these and other revisions of the processes of devolved government. The Committee stage of the legislation on 13 December provided an opportunity to discuss important commitments given by the Conservative Government at Westminster and set out in a annex to a long Northern Ireland document when devolution was restored in January 2020.

The UK Government is set to assume a more significant role in the economic affairs of Northern Ireland—which is entirely appropriate since so much of the high level of public spending is made possible by revenue raised in Great Britain. This should help strengthen the Union, a point which Alistair Lexden stressed in his contribution to the discussions on 13 December.

“In this Parliament, we need to know how the long list of commitments that have been entered into by the Government are progressing. This is vital information for securing the proper working of the partnership between Great Britain and Northern Ireland. There has been much talk of partnership within Northern Ireland, but the Union is itself a great partnership and this Parliament needs to kept properly informed about its progress.”

He continued: “I noted one point in particular about the commitments when they were brought forward at the beginning of 2020: the establishment of a joint UK/Northern Ireland  Board. Oral Questions that I put down a little while ago revealed that the Board had come into existence and had had a first meeting. Its continued meetings are vital to ensuring the success of what has been agreed.”

In reply, the Lords Northern Ireland Minister, Lord Caine, said that the Board had now met three times and “ that the Government are committed to maintaining that forum” for discussion with the Executive. He also undertook to consider how Parliament could be kept informed about progress in Northern Ireland as a result of the UK Government’s enlarged role in its economic affairs. On a personal note, he added “I am delighted to see my noble friend Lord Lexden in his place today, as he interviewed me for my first job 34 years ago in the Conservative Research Department.”