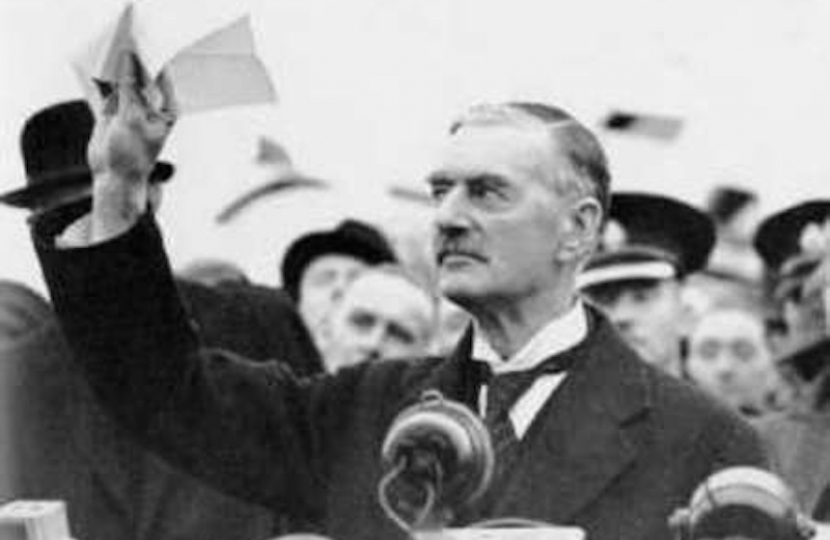 On 17 June, a letter published in The Times stated that “the assessment that Mrs May is oddly lacking in political skills may be unusual but not unique in Britain’s prime ministers” and went on to claim that Chamberlain falls into the same category. Alistair Lexden took the writer to task in a letter published the following day, which drew on his booklet Neville Chamberlain: Redressing the Balance (October 2018). It can be found by scrolling down to the appropriate place on this website.

Dear Sir, Andrew Wigley (letter, Jun 17) errs in asserting that Neville Chamberlain lacked political skills. He dominated the Commons until the Norway debacle of May 1940 when he was unable to overcome the fierce criticisms created by Churchill’s mistakes. In 1938 he rebuffed Roosevelt because the United States was not prepared to make practical commitments to the peace of the world. Chamberlain’s efforts to enlist it in containing Japanese expansionism in the Far East had earlier been rebuffed. He said that “it was always best and safest to count on nothing from the Americans except words.”

Churchill’s criticisms of Chamberlain are often quoted; his praise is forgotten. In 1929, Churchill said: “He is one of our best men and he is a strong man.” In 1940, Churchill, as prime minister, expressed “feelings of the deepest respect and regard” for him.

Under Chamberlain spending on defence reached 50 per cent of gross national product. Yet the improvement of social conditions, the greatest passion of his life, was not neglected. Several million working men became entitled to paid holidays for the first time, and the universal pensions system, which he had introduced in 1925, was improved by making women eligible for payments at 60.