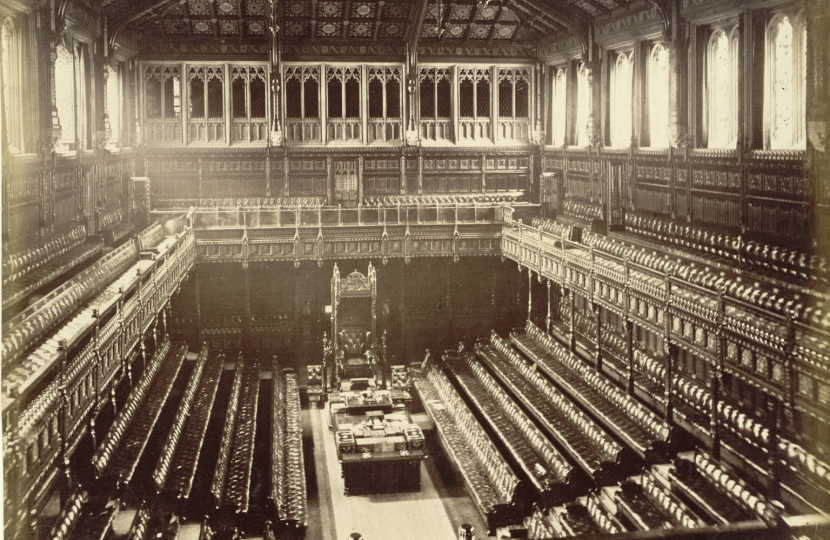 It was under the heading above that an article by Alistair Lexden, commissioned by The Times after 21 MPs had lost the Tory whip, appeared in print on September 5. The piece was cut slightly for publication. The full text follows.

“Magnanimity in politics”, wrote Edmund Burke in a famous phrase, “is not seldom the truest wisdom.” It is doubtful whether Boris Johnson has read deeply in the works of this great political philosopher, to whom both the Tory and Liberal traditions in Britain both owe so much. As a result our country has almost invariably found compromise preferable to a clash of irreconcilable ideas.

Johnson, the accomplished classicist, seems to prefer ancient Greece to famous Tory thinkers. He looks back to a world in which great heroes sought resounding victories over their adversaries, ready to do or die. In some cases, however, their fate was to be exiled to remote, inhospitable islands.

It is impossible to think of any previous any Tory leader who would even have contemplated expelling more than twenty Members of Parliament. The one and only great split that the Party has suffered in its history occurred in 1846 when some 220 Conservatives abandoned Sir Robert Peel in order to vote against him over the repeal of the Corn Laws. They assumed the Party’s mantle. Peel’s hundred-odd loyalists operated independently for a time before merging with the Liberals under the attractively right-wing Palmerston. They comprised most of the best brains in the Party, including Peel’s principal protégé, Gladstone. For nearly thirty years the Conservatives were unable to win a Commons majority. Will another party today be enriched by the able people Mr Johnson has cast out in the worst split since Peel’s time? Or will he win the decisive electoral endorsement for which he clearly hopes and so prevent the worst chapter in Conservative history repeating itself? Or will a path back to unity be found by some other means that heals the divisions instead of prolonging them?

“Never do a Peel”. The great leader who caused the disastrous split of 1846 became an ever present memory in the minds of the party leaders who followed him. Time and again he was recalled in letters and speeches by Arthur Balfour who faced deep divisions in the party at the beginning of the last century over a return to protection—tariff reform as it was called—demanded by the charismatic Joe Chamberlain, who adopted a “do or die” approach to politics. Balfour devised a compromise formula that held the party together. No more than a few unyielding opponents of protection departed, Winston Churchill among them, all of their own accord. Unity was preserved, along with the dominant Tory tradition of tolerance.

Rab Butler recorded his concern to avoid “doing a Peel” when the Tory leadership could have been his in 1963 at the price of internal party divisions. John Major referred to the dread warning of Peel as he struggled to prevent a deep and lasting split at the time of Maastricht. His fear was that intense internal disagreement would overwhelm him. To prevent that, those who had the party whip removed from them were seen as temporary exiles, to be brought back into the fold as soon as possible.

As the Conservative Party contemplates its future prospects in the aftermath of an extraordinary parliamentary purge, it should remember that it is product of the successful work done by its pragmatic leaders over nearly two centuries since Robert Peel to avoid any repetition of the deep wounds of 1846 from which it took so long to recover.