The Man who was Saturday 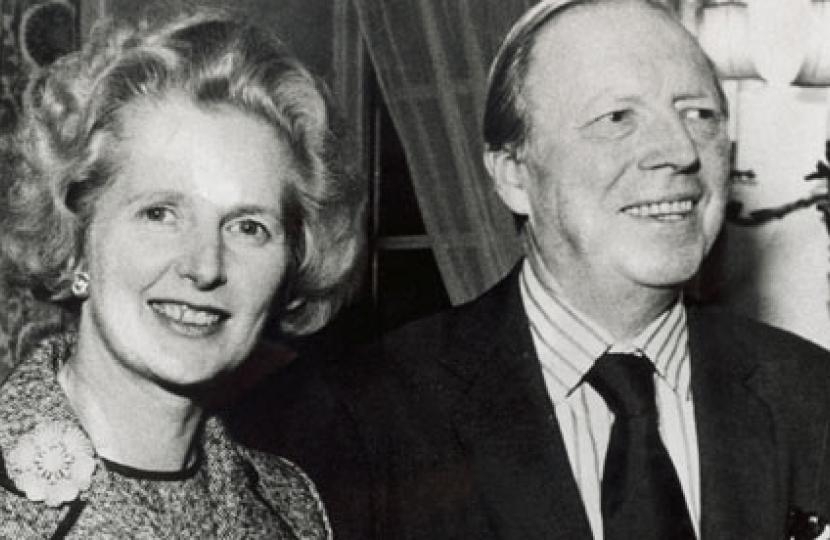 My small pocket diary for 1979 contains a brief reference to my last meeting with Airey Neave. It took place in the morning of 30 March, the day on which he was murdered forty years ago. He had been Conservative Shadow Secretary for Northern Ireland since his brilliant success as manager of Margaret Thatcher’s campaign for the Tory leadership four years earlier. I had been his political adviser for nearly two years, following a stint as a history lecturer at Queen’s University, Belfast.

As I entered the Commons on a bright spring morning, I don’t think anyone bothered to check the pass, printed on stiff card, that had been issued to me in the Conservative Research Department where I covered all aspects of Northern Ireland affairs, as well as doing everything required by Mr Neave (informality was quite out of the question in that era, which now seems strangely remote).

We met as usual in his dingy little room, which formed part of a collectionof cramped offices assigned to the Shadow Cabinet. I was to inherit the books and papers in that room a few days later. It was a moment of high excitement in the Tory Party. Two days earlier Jim Callaghan’s government had been defeated by a single vote on a confidence motion, in which MPs from Northern Ireland had played a crucial part. Never before had Ulster Unionists helped prop up a Labour government. Airey Neave had worked hard to bring them over to the Conservative side. The impending general election was largely the result of his efforts.

Champagne did not await me on that fine spring morning forty years ago.

High spirits were not in Neave’s nature. He expressed cautious optimism about the forthcoming election campaign during our brief talk. We looked one last time at the Northern Ireland section of the election manifesto; he gave it formal approval so that the printer could begin work. The commitments were clear. A new Tory government would spare no effort to achieve ‘the defeat of terrorism and the restoration of law and order’. It would also establish ‘one or more regional councils with a wide range of powers over local services’.

In the absence of agreement among the Province’s unionist and nationalist parties on how devolved government could be recreated, we wanted to make some limited progress by putting the major public services – housing, education and health – back under democratic control, instead of leaving them in the hands of civil servants. Forty years on, we face exactly the same problem once again.

I left him, expecting to see him again after the election at the Northern Ireland Office where he had asked me to join him as his special adviser. The car bomb exploded at 2.58 pm. I heard it clearly over a late lunch with a Northern Ireland friend at a nearby restaurant. Television brought home the full horror. It is impossible ever to forget the haunting pictures of the misshapen pale blue Vauxhall Cavalier marooned on the ramp leading from the underground Commons car park, surrounded by sheets of headed writing-paper blowing gently in the spring breeze.

Apart from masterminding the election of the first woman party leader and the terrible circumstances of his death, Airey Neave tends to be remembered for just one thing: making the first escape from the supposedly impregnable Colditz prison in January 1942. Now at last the full story of a remarkable career has been told in an exemplary biography by Patrick Bishop, an expert on the Second World War who has also written about Irish republicanism. Undertaken with the full co-operation of the Neave family, it draws on diaries kept in early life and from 1973 until his death, as well as on interviews with friends and colleagues (including me), though not it seems on Neave’s personal papers in the Parliamentary Archives at the House of Lords.

Saturday became Neave’s code name after his return in 1942 when he worked at the war-time MI9, the organisation entrusted with co-ordinating resistance fighters in occupied Western Europe who were smuggling out Allied prisoners and aircrews who had been shot down. Neave’s agents included some courageous and resourceful women, every bit as capable and tough as men. He became a quasi-feminist. ‘In some ways’, Bishop writes, their qualities ‘were an exalted manifestation of those that he would admire in Margaret Thatcher’.

His devotion to the woman he described as ‘really beautiful and brilliant’ began some years before he helped her gain the position which enabled her to become a great prime minister. Yet he was no Thatcherite disciple, sharing her free market beliefs. Like most Tories, he was happy with any economic policies as long as they were successful. Ted Heath’s were not, and by 1974 Heath himself was too great an electoral liability to remain party leader, in the view of a wide cross-section of Tory opinion.

There is no evidence that Neave and Thatcher ever sat down for a serious policy discussion. She found him long-winded and unduly prone to anxiety. So did others. In his unpublished memoirs (not consulted by Bishop), Carol Mather, another war hero and fellow MP, noted that ‘surprisingly as front bench spokesman, he needed a lot of support and reassurance. His morale from time to time needed boosting and I used to sit with him on the front bench’.

My experience was exactly the same. Bishop deals well with the strong feelings of pessimism and insecurity which afflicted Neave, who wrote of them frequently in his diary. On New Year’s Day 1973, he confessed that he had ‘serious doubts about remaining in Parliament. After twenty years in the House, it did not seem that I should ever achieve very much’.

Neave scorned police protection. He told the Met that ‘if as an Englishman he could not walk the streets of London freely, life for him was truly not worth living’. Carol Mather thought that having survived the war, he felt himself ‘inviolate’ thereafter. No one has ever been brought to justice forhis murder. Police files on the case are closed until 2079. According to Bishop, who has followed up all the available leads meticulously, one of those involved now runs a bar in Mallorca where, amid Republican memorabilia, ‘he serves drinks to holidaymakers who do not know or do not care about his past’.