A man who was loved and loathed 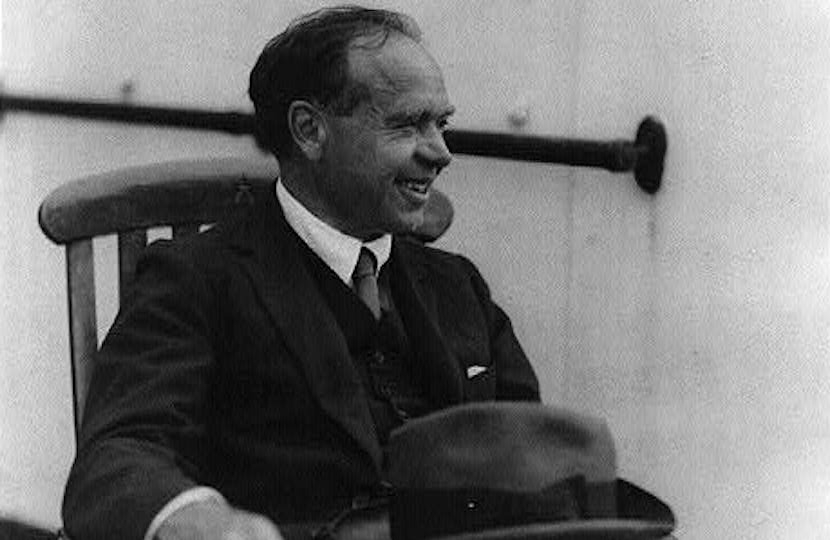 Lord Beaverbrook, the famous press magnate, made friends and enemies everywhere. A new biography of him has recently been published . Alistair Lexden reviewed it for the issue of Parliament’s House Magazine dated 10 June.

Max Beaverbrook: Not Quite a Gentleman
By Charles Williams
Biteback Publishing, £25

In the age of the internet it is easy to forget the immense influence that Britain’s press barons once wielded. In this long, hugely enjoyable book, packed with colourful anecdotes, the distinguished Labour peer and biographer, Lord Williams of Elvel, recalls one of the greatest of all newspaper magnates, a man who was loved and loathed in equal measure.

Max Beaverbrook, born in Canada and the son of a singularly dour Scottish Presbyterian minister, was already a multimillionaire by the time he turned thirty in 1909. A financier of genius, he specialised in arranging the amalgamation of large industrial concerns, pocketing huge sums in fees in the process.

He paraded his wealth with pleasure and gusto. His ethical standards were never the very highest. He made lifelong enemies wherever he went. They said that he failed to stay within the law. He kept on  being threatened with prosecutions for fraud. It seemed prudent to move to England which he did in 1910, while continuing to add steadily to his vast Canadian fortune throughout the rest of his life.

Within months of settling in London he was an MP, with a Lancashire seat which he brazenly neglected. His wealth commended him to the Tory Party, though its grandees never cared for him much (the feeling was mutual).

Then, in 1916, he found his true vocation. He became sole owner of The Daily Express. This struggling title was transformed by Beaverbrook’s methods of ruthless efficiency. He hired(and not infrequently fired) the best journalists, but many said that he himself was the best of the lot, contributing to his paper’s columns with wit and panache.

By 1936, two and a quarter million copies were being sold daily, then the highest circulation in the world. It kept on growing; twenty years later sales topped four million. The Evening Standard, which Beaverbrook bought in 1923, added to his influence, selling over half a million copies every day in London.

This remarkable press baron knew exactly what he wanted to do with the power his newspapers gave him. He had an all-consuming aim: to unite the British Empire economically through the creation of a customs union. Everything was subordinate to this great crusade, as he called it, which the Express trumpeted every day.

Losing patience with the incumbent Tory leader, Stanley Baldwin, a man whom he despised, Beaverbrook launched his own United Empire Party in 1930. The next eighteen months brought an unusually large crop of by-elections. The new party won the occasional victory over the Tories, and damaged their prospects everywhere by splitting their vote.

Baldwin’s counter-attack brought forth the famous phrases: “power without responsibility, the prerogative of the harlot throughout the ages”. Beaverbrook could not withstand the unexpected onslaught. All his hopes collapsed, as Charles Williams makes clear at the end of his dramatic account of these events: “he was forced privately to acknowledge that the Empire Crusade, as such, had come to its effective finale.”

He cared nothing for Europe. As far as he was concerned, Hitler could have it. In the early months of 1940, he urged peace at virtually any price. A spectacular U-turn took place when Churchill came to power in May 1940.  Beaverbrook, an old crony of Churchill’s, got the aircraft-manufacturing factories working at fever pitch. Churchill gave him a large amount of the credit for victory in the Battle of Britain.  In his detailed review of the evidence, Williams shows the large part that other people also played.

Beaverbrook’s private life is described as fully as his public career in this fine book. A long procession of women tumbled in and out of his bed. Some were treated shabbily, but most knew how to stand up to this selfish, mercurial figure. None ended up hating him, as many of those who encountered him in public life did. Attlee called him the most wicked man he had ever met.

One of the few people still alive who knew Beaverbrook is Charles Williams’s wife, a former Churchill secretary and  mother of Archbishop Welby. She says he was “someone you would instinctively walk away from”. How fortunate that her husband did not conceive a similar aversion, and deprive us all of this absorbing book.