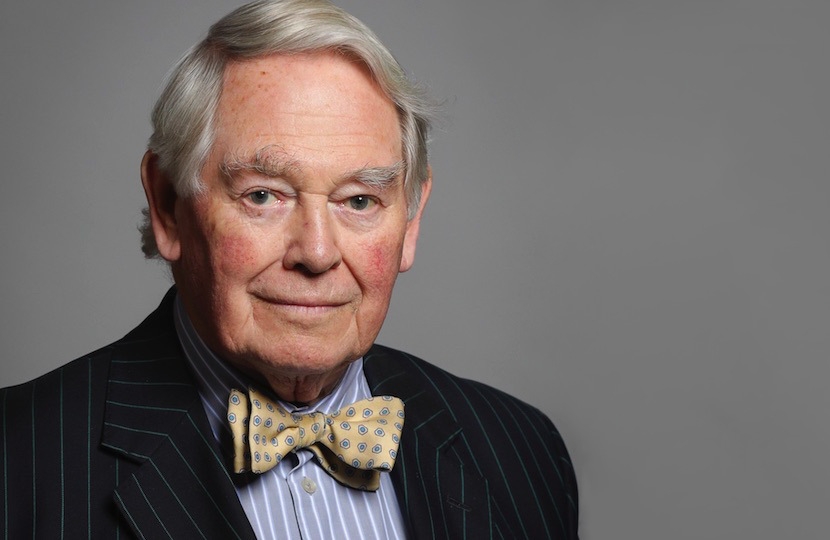 This fascinating book comprises, in Lord Naseby’s opening words, “recollections from over fifty years of a unique friendship between a British politician and the people of Sri Lanka.” In recalling this friendship, he deepens our understanding of the conflict and suffering that Sri Lanka’s people have endured in the recent past. He encourages us to feel that their lost paradise has now been truly regained.

Other distinguished people from the West have over the years been captivated by the enchanted island, known as Ceylon until 1972. Anthony Trollope wrote in 1875 that “Eden was in Ceylon, a land of loveliness, surrounded by the most perfect scenery the mind can imagine.” In 1897 Mark Twain enthused: “Dear me, it is beautiful! And most sumptuously tropical, as to character of foliage and opulence of it.”

Their brief visits left them with no enduring interest in the welfare of the island. Michael Naseby has shown an unswerving commitment to all its people with their complex divisions of caste, religion and race, explained here with great clarity. In 2005, he was awarded the Sri Lanka Ratna, the highest honour that can be given to a non-citizen.

It all began with a seven-month stint in Colombo in 1963 as a marketing manager in the famous firm of Reckitt & Colman. His memories of the stunning scenery, and of conversations with leading politicians, led Michael Morris (as he then was) to establish the first All-Party Sri Lanka Parliamentary Group in 1975 after his election as Conservative MP for Northampton South.

He became its chairman, with Betty Boothroyd as vice-chairman. They were later to work together closely in a different context: when she was Speaker in the 1990s, he was her senior Deputy, winning much admiration for the calmness with which he chaired stormy debates on the Maastricht Treaty.

In an affectionate foreword, Lady Boothroyd writes: “Michael spent some time visiting the island almost every year. He became involved in every aspect of Sri Lanka life. He saw and knew everyone of importance.”

When the devastating tsunami struck in 2004, he flew to Sri Lanka immediately to give all the help he could, accompanied by his wife Ann, who shares his love of the country. Her skills as a doctor proved invaluable. The Foreign Office threatened great harm to an economy heavily reliant on fish by telling tourists that it was unsafe to eat. There was no truth in this. Naseby forced the Foreign Office to retract.

Sri Lanka’s terrible civil war, which raged for 26 years between 1983 and 2009, caused him deep anguish. Though not uncritical of successive governments, he lays the blame firmly on the unbridled savagery of the Tamil Tigers. As a result of detailed researches incorporated in this fine book, he has no doubt that the charges of torture and genocide laid against the Sri Lanka security forces are unfounded. He makes a powerful plea for reconciliation between those on opposing sides as a basis for lasting peace and stability.

Amidst these tragic events, there are some splendid lighter moments. When the Thatchers visited Sri Lanka in 1985, Denis stuffed bananas into an elephant’s trunk. Mrs T shouted: “not the trunk, you idiot, the mouth.” It was too late. The elephant shot the bananas into the air “as if they were cannon balls. The squashy remains landed on our table. Everyone collapsed with laughter.”