Lord Lexden: These dreary academics have failed to grasp the merits of Conservative orators 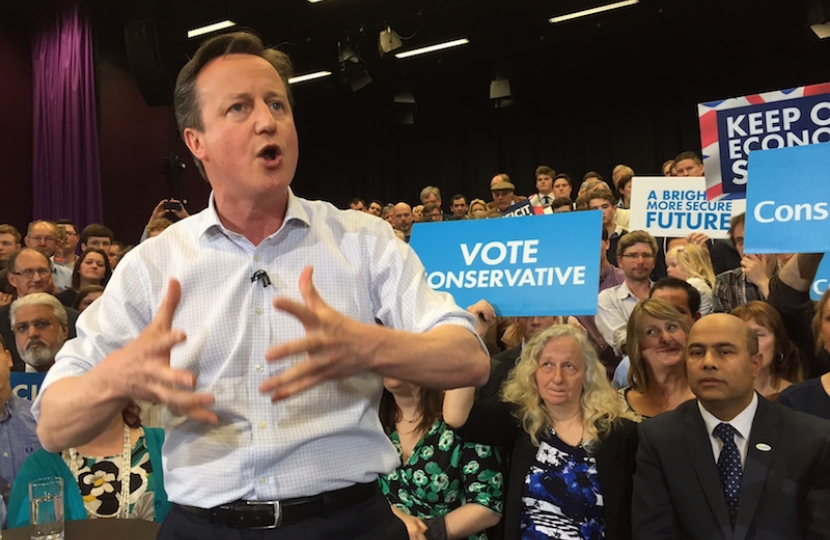 It used to be customary for those who wrote about oratory to offer some preliminary comments on the nature and purpose of this glorious human activity which the philosophers of ancient Greece were the first to extol. They believed that its objective should be to set forth the moral principles on which political activity should be based.

For others it was unnecessary to do more than secure dramatic effect. Machiavelli held that ‘ the secret of oratory lies, not in saying new things, but in saying things with a certain power that moves the hearers’. Have prominent modern Conservatives ever attempted to fulfill the original higher purposes of oratory, or have they been content merely to try and use words powerfully in the hope of strengthening their positions and eclipsing rivals for office? If the latter, should they be regarded not as orators but as public speakers of varying degrees of effectiveness?

If these, or some other, general questions had been posed at the outset, they could have provided the basis for a really interesting book. As it is, we are offered observations and comments about twelve leading Conservatives by divers hands; many of them can be read with a certain profit but, in the absence of any proper connecting themes, they have inevitably a rather disjointed, random and miscellaneous air about them. Trite observations are not disdained. The concluding essay notes that “there are countless examples of politicians seeking to appeal to the emotions of an audience”. That is a proposition that no one has ever doubted since the time of the ancient Greeks.

The authors claim that the book “draws analytical inspiration from the Aristotelian modes of persuasion” but the turgid language of political science in which it is written effectively conceals that inspiration. A baffling appendix at the very end lists nineteen ‘nodes’ , a miscellaneous bundle of rhetorical habits and traits wholly unrelated to the essays themselves. One is a tendency to “grumble but remain cheerful” indicating “a behavioural characteristic that testifies to the soundness and stability of the nation”. Tories who look for good, clear prose should steer clear of this work.

The round Tory dozen considered here includes all Conservative prime ministers in this period apart from Neville Chamberlain, Eden, Douglas-Home and Heath. The omission of Eden is odd. Collections of his speeches found commercial publishers, reflecting his standing in foreign affairs and his forceful advocacy of the idea of a property-owning democracy which contributed greatly to post-war Tory success. The concept gains no mention here (not even in the extended form of a capital-owning democracy espoused by Margaret Thatcher in the 1980s as privatisation began to unfold). It embodied an enduring principle with—for Tories at least—considerable moral force which became a staple for innumerable speeches at all levels of the party.

Churchill does not dominate this collection of essays, and rightly so. To adapt the famous description of Edmund Burke, he did not give up to party what was meant for mankind. His favoured form of government was coalition, a view held by no other leading Tory apart from his own father, Lord Randolph. His world famous oratory cannot be judged in a purely party context where he had only one big idea to offer, Tory democracy, which was so vague that it could mean anything he wished. In the essay on him here, the focus is kept firmly on the post-war years. This underlines the diminution of his capacity even to move his hearers very effectively on most occasions in old age.

Margaret Thatcher who worked so hard on her speeches also gets little applause. The extent of so-called pathos and populism in her oratory is singled out for particular attention and scorn. She is said to have “reduced the options facing the British people to a series of binary opposites”. Only one course of action—the one she favoured—was possible. This line of argument, so familiar from the left-wing press during her time in power, will satisfy only committed anti-Thatcherites.

It misses entirely the powerful Tory vision for the country which she defined in her first party conference speech as leader in 1975: “a man’s right to work as he will, to spend what he earns, to own property, to have the state as servant and not as master… They are the essence of a free country”. No word sprang so readily to her lips as freedom which she saw as the key to achieving national revival, her moral purpose in politics.

Tim Bale of Queen Mary University of London, who has become quite well-known as a media commentator on Tory affairs, provides the chapter on David Cameron. He is generous, if not original or elegant, in his comments: “part of what makes the current Conservative leader such a stand-out politician is his ability to perform well in a range of oratorical environments.”  He goes on to offer a well-judged analysis of each conference speech which is almost as good as that published on ConservativeHome by Peter Hoskin. But like the other contributors he is hampered by the collective belief that Aristotle holds the keys to dissecting oratory. Words like “logos”, “pathos” and “ethos” and other more obscure Aristotelian terms abound.

An austere, joyless tone informs most of these essays, half of which are devoted to aspirants to the premiership: Macleod, Powell, Joseph, Heseltine, Hague and Boris Johnson. As with the premiers, criticisms outweigh compliments in most of the assessments of their performances as speakers. Joseph is damned with a sneer:  “a mediocre orator who delivered several noteworthy speeches”. Heseltine had great “performative qualities”,but scorned “low-level political activity necessary to build alliances” (a very questionable judgement and a curious point to make in an analysis of oratory). Commentary on the course of political events is often inserted without deftness of touch into the essays.

You can read the text of this review on ConservativeHome here.