Lloyd George and an Anglo-Irish Centenary 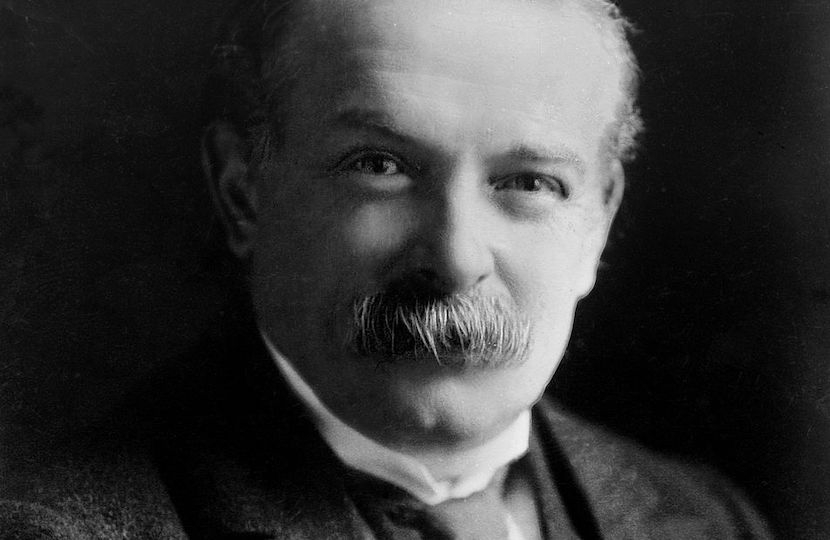 On 22 April, Alistair Lexden was due to speak a dinner given by the Political Committee of the Reform Club in London. The text of the address that he would have delivered follows.

This year marks the centenary of the Government of Ireland Act 1920, which brought into being arrangements to provide for home rule (as devolution was then known) in Ireland, a major constitutional change for which Irish Nationalists had clamoured for nearly forty years through their Members of Parliament, who dominated the representation of Ireland at Westminster between 1880 and 1918. Violence had erupted sporadically as a consequence of the lack of progress towards the Nationalist goal.

Implacable opponents had thwarted it: Unionists, whose numbers and zeal were particularly formidable in Ulster, then an economic powerhouse of the entire United Kingdom. Backed steadfastly by the Conservative Party—known at this stage as the Unionist Party to underline its support—their resistance to home rule had brought Ireland to the verge of civil war in 1914 with the organisation of a paramilitary force ready to fight those who might seek to impose home rule on them. Yet just six years later they accepted it, and achieved great success in the first home rule elections in May 1921. A remarkable volte-face had occurred.

Unionists were won over by the new form which the familiar proposal took in 1920. Earlier versions brought forward by the Liberal Party in 1886, 1893 and 1912 had provided for a single home rule parliament in Dublin. The 1920 scheme incorporated a second one in Belfast, equal in power and authority to the legislature that would sit in Dublin, with jurisdiction over six of the nine counties of the Province of Ulster. In this way Northern Ireland was called into existence as a new constituent element of the United Kingdom, dividing an island which, as a part of the United Kingdom—though not in ancient, medieval or early modern times—had always been one country.

What pleased the Unionists enraged their opponents. In 1920, the partition of Ireland was widely denounced as a truly monstrous deed. Since then, all Ireland’s subsequent misfortunes have often been attributed to it  in Britain as well as in Ireland itself. Tony Benn called it “a crime against the Irish people.”

Inevitably ,partition brought no relief from the bloody strife and turmoil into which the country had been plunged in 1919 by a brutal Republican campaign, whose aim was to sever all links between it and Great Britain and so secure the objective of the Sinn Fein Party which had superseded moderate Irish Nationalism, with its goal of home rule, at the 1918 general election. Indeed, the security situation got much worse as the legislation that was to become the Government of Ireland Act went slowly through Parliament between February and December 1920; it deteriorated still further in Northern Ireland the following year when its home rule institutions came into being, as the IRA stepped up its campaign in an attempt to overthrow them.

Britain’s name was blackened by police and army reprisals undertaken indiscriminately in revenge for merciless  IRA attacks on them.  These reprisals, to which the British Government turned a blind eye, are recalled  vividly by three words: Black and Tans, as hastily recruited police reinforcements in hastily improvised uniforms came to be known. They have achieved an enduring  infamy. The latest academic research is unlikely to make much difference to the entrenched popular view, but it should be noted that Dr D.M. Leeson concluded in The Black and Tans, published in 2011 by the Oxford University Press, that instead of being regarded as "the dregs of society or brutalised First World War veterans” they should be seen as “ ordinary men acting under extraordinary pressures.” New research continues to alter the perspectives in which the highly contentious events of 1920 should be seen.

Violence subsided everywhere after 1923, but it was never to be permanently eradicated. In the territory placed under the Northern Ireland Parliament by the 1920 Act, there would be no lack of Republicans in each successive generation prepared to take up arms with the aim of ending the  partition of Ireland. The most recent attempt which began in 1969 lasted nearly thirty years. If an opinion poll were conducted in Britain today on the issue, it would almost certainly show much support for the view that Ireland should never have been partitioned.

Is there any good reason, a century on, to commemorate the Act which created that widely deplored partition?

The abundant criticism heaped on the 1920 Act as the agent of partition has obliterated the most important fact of all about it: that it was a vital staging -post on the road to the settlement that Lloyd George devised at the end of the following year with leaders of Irish Republicanism, which gave them independence as a Dominion within the British Empire. A successful overall settlement had to take this form in order to secure sufficient support in both Britain, which would not in 1920-21 accept an independent republic outside the Empire close to its shores, and Ireland, where both Republicans and Unionists, locked in mutual antagonism, had to be accommodated.

Through the 1920 Act, Lloyd George reached agreement with the Ulster Unionists; without it, he could not have gone on to secure agreement with the Republican leaders of Sinn  Fein in 1921. The six counties of the new Northern Ireland had a clear Unionist majority (which is why the opponents of Unionism pressed strongly for the inclusion of the entire nine-county Province of Ulster where no such majority was assured). Unless the balance of political beliefs changed, or a British government abolished the Northern Ireland parliament—eventualities that seemed inconceivable in 1920 and remained so for many years, though not for ever—Unionists could be certain that they would remain part of the United Kingdom and outside an independent Irish state, to which they were irrevocably opposed.

As a result of home rule in a partitioned Ireland, Ulster Unionists now had what they needed for their constitutional security, and Lloyd George had met the most important demand of the Conservative majority at Westminster, on which his coalition government depended. Many (though by no means all) Conservatives were prepared to consider yielding ground politically to Irish Republicans for the sake of peace and stability (as long as a republic was not conceded ); none of them was prepared to contemplate the sacrifice of the pledge of support given to the Ulster Unionists in the 1918 Conservative election manifesto, itself the reiteration of a long-standing alliance.

The Republican response was  predictably fierce. The IRA, then as later the armed wing of Sinn Fein, launched a murderous assault on Northern Ireland  ; Sinn Fein itself tried hard to bring Northern Ireland within the ambit of its Dominion under the settlement of December 1921. Lloyd George gave a marvellous display of political guile as he kept alive Republican hopes of a united Irish state without destroying the terms he had settled with the Ulster Unionists through the 1920 Act. This was indispensable for success.

He spoke warmly about the Council of Ireland to be set up under the 1920 Act as a bridge to a swiftly reunited Ireland when Unionists and Republicans agreed on its composition (they never did ); he established a Boundary Commission, which he encouraged Republicans to believe would transfer so much territory to their new Dominion from Northern Ireland that the latter would collapse, while playing down any such prospect in discussion with Unionists.

Such guile was to command a good deal of approval some seventy-five years later when practised by Tony Blair in the negotiations which led to the Belfast Agreement in 1998. He was praised for “constructive ambiguity.” Lloyd George deserves similar commendation. He rarely receives it.   It is hard to believe that without him and his superb political skills—which no other member of his government could match—a settlement would have reached which extricated Britain from an armed struggle that had badly damaged its reputation at a cost of some 1,300 lives (estimates vary), and established a new Dominion which, after a short though brutal civil war, was able to evolve peacefully into a Republic in under thirty years without serious British or Ulster Unionist resistance.

It was a formidable achievement which would be much more clearly recognised today if Northern Ireland had prospered politically (and economically too). Was it not obvious  in 1920, as it is now, that in a deeply divided society, riven by the hatreds of centuries, no good would come of vesting all devolved political power in the hands of Unionists to the complete exclusion of their opponents? It was a question that no one at Westminster seems to have faced squarely. Such forebodings as existed were quickly smothered. Matters were not helped by the Republican commitment to the overthrow of the new dispensation by force. For years thereafter, virtually all the opponents of the Unionists were content to exclude themselves from participation in the government of Northern Ireland, and to parade its shortcomings as evidence of the need to destroy it.

In these circumstances, the almost complete extraction of the Westminster government from the internal affairs of Northern Ireland for the next fifty years was the exact opposite of what was required. No bar whatsoever existed to continuing involvement. Section 75 of the Government of Ireland Act 1920 stated that: “ Notwithstanding the establishment of the parliament of Northern Ireland…the supreme authority of the parliament of the United Kingdom shall remain unaffected and undiminished.” The Westminster government controlled nearly 90 per cent of Northern Ireland’s revenue and well over half its expenditure.

Nevertheless, over the years British prime ministers ignored Westminster’s power to promote good government in Northern Ireland under Lloyd George’s  1920 Act. Lloyd George himself put it around that north and south would soon come together again (even though the Ulster Unionists insisted during the passage of the Act that there would be no reintegration), leaving a profound influence on British policy which has grown, rather than diminished, with the years (it can be found readily in Whitehall today). Until forced by civil unrest to take action  in the late 1960s, Lloyd George’s successors  happily disregarded their undoubted supreme authority over Northern Ireland, a place which too many of them found utterly unappealing and refused to think about , irresponsibly compounding the Province’s problems. If they had used their power successfully, then the reputation of the 1920 Act, which played a vital part in a peace process a century ago, would today stand much higher, and no one would doubt the case for commemorating it.