How independent schools help with the training of teachers 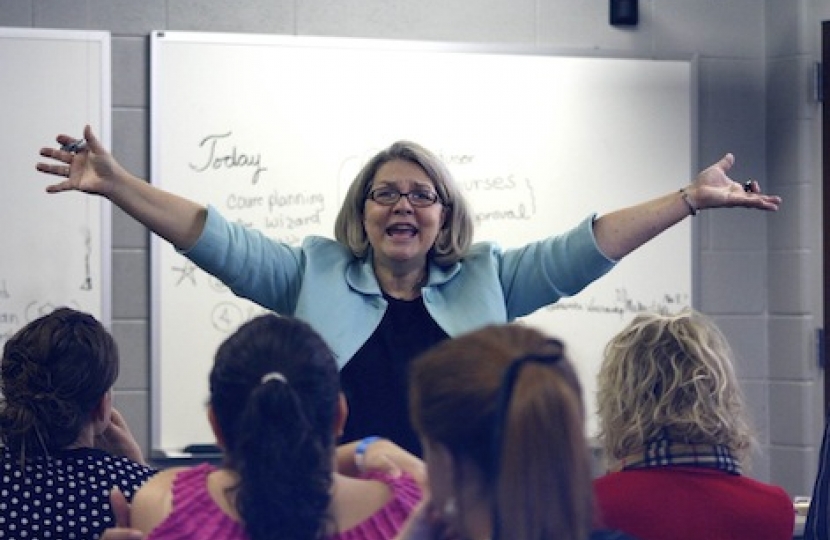 On 18 November, the Lords held an important debate on the training of teachers against the background of major Government proposals to reform the current system, which have aroused much controversy. Alistair Lexden spoke about the contribution of independent schools to teacher training and their concerns over the proposed reforms.

My Lords, I would like to offer  a few comments on some of the important issues which are the subject of this debate—for which we are indebted to the noble Baroness, Lady Donaghy [a Labour peer who initiated the debate]—drawing on the perspectives of  the Independent Schools Council, whose member schools, I am pleased to say work today in ever- increasing and ever- closer partnership with their colleagues in maintained schools.

Just this week, the latest account of partnership between them has been published. It reports on nearly 6,000 cross-sector schemes are forging ahead, covering a wealth of activities from rigorous academic study to orchestral concerts, drama and sport.

I declare my interests as a former General Secretary of the Council, which works on behalf of some 1,400 schools, and as the current President of the Independent Schools Association, one of the Council’s constituent  bodies, which has some 570 of those schools in its membership. The Association’s  members  are for the most part notably small schools, often having no more than 200 pupils, with deep roots in the local communities they serve.

The Council’s member schools as a whole have on average fewer than 400 pupils. They therefore differ in size from so many of their counterparts in the maintained sector—an important factor that tends to be insufficiently recognised and has an important bearing on the subject of this debate.

The Council’s schools have long been involved in helping to train our country’s teachers and, year by year, they reaffirm their commitment to their work  in this crucial area. Teachers trained in them can gain Qualified Teacher Status (QTS) and can complete the statutory induction year under arrangements agreed with the Education Department—by me, as it so happens, with the support of the noble Baroness, Lady Morris of Yardley [a former Labour Minister for Education]. This enables the teachers they train to take jobs in either maintained or independent schools. Whenever I see the noble Baroness, Lady Morris, I think of the early days of partnership, which began not under a Conservative but a Labour Government.

So schools within the Independent Schools Council contribute significantly to replenishing and enlarging the teaching profession.  They have perhaps a particularly important role in helping to train subject specialists in shortage subjects, such as maths and physics—a role that is, I think, widely recognised for its importance to the country as a whole.

As we all agree, our education system today needs more teachers, trained to high standards, not least to assist recovery from the pandemic. The Government were right to review the existing state of initial teacher training at this particularly important juncture, and to bring forward proposals designed to improve the system.

The proposals should bring significant benefits in some respects, but in others they create grounds for concern, so widely exhibited during this debate. Is the compulsory re-accreditation of providers really sensible, particularly at this point when schools are so preoccupied with recovery from the pandemic? The tight timetable that is contemplated might well lead to serious disruption—some refer to the likelihood of chaos-- and a fall in the number of training opportunities. Would it not be better to trust the continued work of Ofsted in ensuring that providers are of high quality, taking full account of the latest evidence?

A second area of concern, felt particularly keenly in independent schools, is the requirement to follow a single core content framework in the teacher training curriculum in order to gain accreditation as a provider of initial teacher training. Independent schools have a well-established track record of provision, including through employment-based routes, delivered in ways that suit their size and capacities. The requirements of the proposed framework are likely to prove too inflexible for many of them, and throw doubt on their ability to continue training specialists in shortage subjects, despite their strong desire to maintain their traditional role in this area. It would be a loss our country could ill afford.

There are other difficulties too. It would be hard for many independent schools to release experienced staff to take part in the intensive training that they will need to undergo in order to fulfil the role of mentors in a system changed in the way that is being proposed. And far too little time is being allowed to prepare for the substantial changes that the proposals entail.

Schools belonging to the Independent Schools Council want to make the greatest possible contribution to teacher training. I do hope that those elements of the Government’s reform proposals which could impede their full participation in the future will be carefully re-examined before final decisions are made. This is, after all, another sphere in which partnership between the two education sectors can achieve so much to their mutual benefit—and to our country’s.