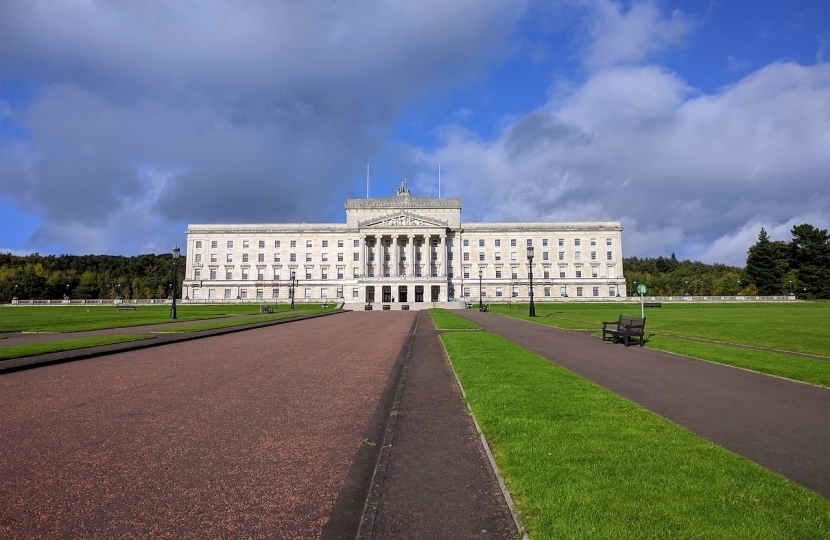 Some 40,000 people were injured, many seriously, during the IRA’s thirty-year campaign in Northern Ireland. Some of the victims were unable to do any form of work thereafter because of the severity of their injuries, and so could not make adequate financial provision for their retirement . Many of them are now past retirement age, and in financial hardship.

A campaign to secure justice for them has been under way for some years. It was taken up at Westminster during the three-year suspension of devolution in Northern Ireland which began in 2017. Debates in both Houses of Parliament showed overwhelming support for action. Legislation was finally passed last autumn. Provision has been made to ensure that terrorists who were injured cannot benefit.

Those who need and deserve pensions were told that they would be able to apply for them on 29 May. They are still waiting, and no new date for the start of the scheme has been announced. Devolution was restored in January this year. Ministers in the Northern Ireland Executive have been unable to reach agreement with the government at Westminster as to how the costs of the scheme are to be met.

The issue came up in the Lords on 24 September. Along with other members greatly concerned about the current impasse, Alistair Lexden pressed the government to provide what is needed—not a large sum—to end the delay. He said: “This would put pressure on the Northern Ireland Executive and earn the gratitude of truly heroic people, who have been waiting for their pensions for far too long”.

This  is  a tragic example of how differing views between Westminster and devolved institutions can set back the relief of suffering.