A house of scandals 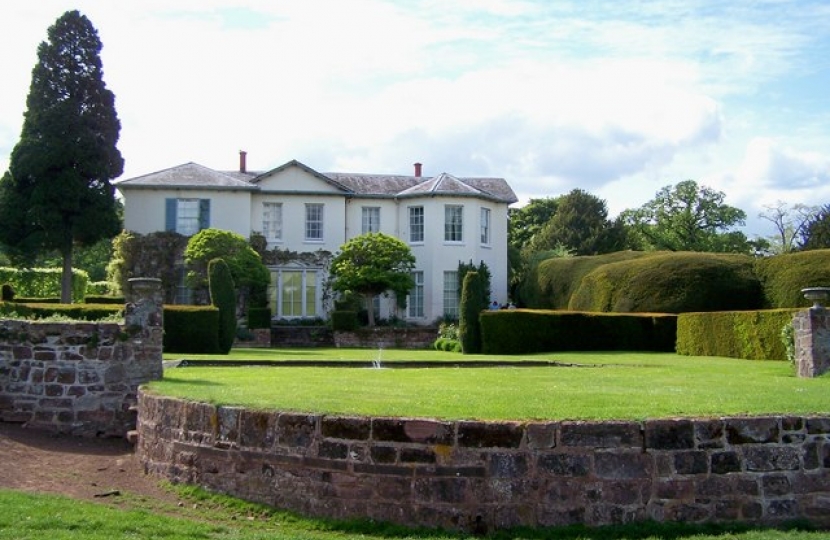 A rather fine country house in Shropshire with a shady past found itself in the news again for unwelcome reasons on 25 August. The Times reported that Chyknell Hall, near Bridgnorth, now owned by Corinna zu Sayn-Wittgenstein, former mistress of ex-King Juan Carlos of Spain, may have been bought with money obtained in exchange for illegal commercial favours.

This was not the house’s first encounter with unwanted publicity. Nearly 150 years earlier, it had been the scene of a widely reported Victorian scandal. In 1871, its then owner, Henry Cavendish (1822-1901), discovered one of his neighbours, Captain William Moseley, then aged 32, of the 60th Rifles who lived at nearby Leaton Hall, on a sofa with his wife, Selina, whose “underwear [was] on the floor.”

Cavendish is said to have “administered a severe castigation”, ordering the guilty pair from the house.

According to a widely held account repeated by The Times on 25 August, the lovers lived together happily thereafter, marrying after the Cavendishes divorced in 1872. In fact, Selina, having abandoned her three young daughters (Edith, Ethel and Elfrida), ran off to Fife with a mysterious second lover, a certain J. White, whom she married in 1873, living with him at a house called Westbank. The rejected Moseley, a devoted Tory and member of the Carlton Club, managed to find fresh comfort with a Miss Mary Alice Billyard and married her in 1876.

Henry Cavendish probably deserved his misfortune. A terrific snob, he had abandoned his family name of Taylor in favour of that of his maternal grandfather, Richard Cavendish, the 2nd Lord Waterpark. Selina’s chief attraction for him was probably the fact that she was the sister of a viscount (Gage). He appears in some reference works as a prominent cricketer. But he only played in one first-class match as part of the Sussex team against Nottinghamshire at Trent Bridge in 1843. He made seven in his first innings and was out for a duck in his second. Sussex lost by an innings and 31 runs. It is hard to feel sympathy for such an individual.

It remains to be seen how the protagonists in the current scandal—a discredited former king and his ex-mistress—will fare.