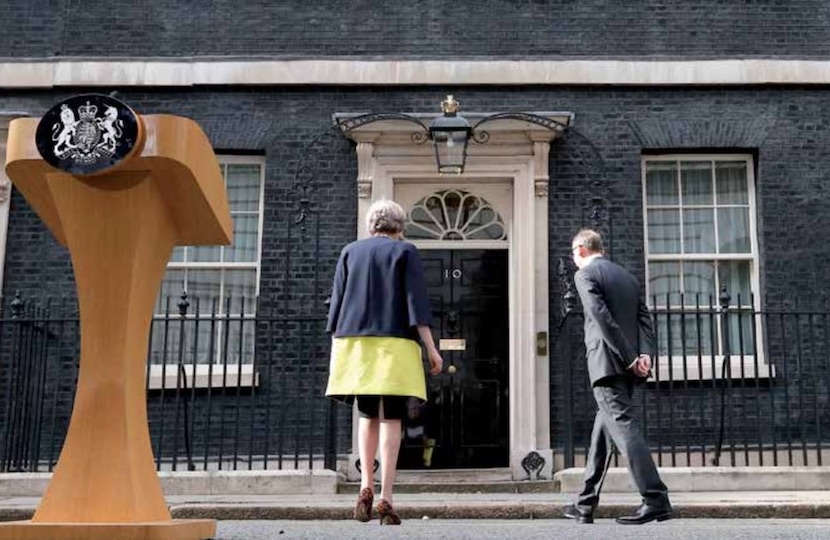 How will history view the astonishing events of this year? Parliament’s House Magazine asked ten historians from Commons and Lords to give their assessments.

Alistair Lexden’s contribution to the set of articles, published on December 16, is as follows:

History always views the unexpected with particular relish. A momentous event that was largely unexpected means that future generations will be drawn back to 2016 with insatiable fascination.

The wide and varied factors that led the British people to vote by a narrow margin to leave the European Union - where the principal Tory leaders of the 1970s had been so confident that the country’s destiny lay - will be assessed, and then reassessed, from every conceivable point of view.

Agreement should not be expected. It is more likely that the reasons why the referendum went as it did will always remain a matter of vigorous, even passionate debate, like the origins of both world wars in the 20th century. But the debate will be better informed when the official records become available. For that we now only have to wait 20 years. The opening
of the archives will provide serious historical perspective, now hopelessly distorted by the stream of unreliable and self-serving comments which began within days of the referendum.

Deep political divisions are sometimes overcome quite quickly. Intense rancour at Westminster and in the country at large about Munich and Suez was over in months. By contrast insults flew for some five years over fundamental constitutional issues before the first world war.

There seems little prospect that 2016 will be seen as a year in which the emergence of a new national dispensation could be discerned beneath the heated arguments. A mould was unexpectedly shattered. History is unlikely to record surprise that it proved remarkably dif cult to decide how it should be replaced.

Could 2016 prove to be the year in which it finally became clear that the United Kingdom could not survive as a unitary state? The referendum reinforced long-standing separatist tendencies strengthened in 2016 by further substantial measures of devolution to Scotland and Wales. An extraordinary reluctance by government ministers to devise a coherent constitutional plan for the future may now have to give way to serious work on federalism. “Not before time” may be history’s verdict, if Scotland does not break away completely.

British political historians are on the whole a benign and optimistic bunch. They tend to nd redeeming features in even the worst conducted political campaigns. That innate goodwill may help rescue to some extent the reputation of the year’s most conspicuous political casualty, David Cameron.

But it may be hard to explain his downfall simply as the result of a sudden wave of populism that would have overwhelmed anybody in his place. Those who led the campaign to remain in the European Union may not be acquitted of serious ineptitude. History provides no precedent for a prime minister who won an unexpected victory one year only to throw it away the next.

The full article is attached below.