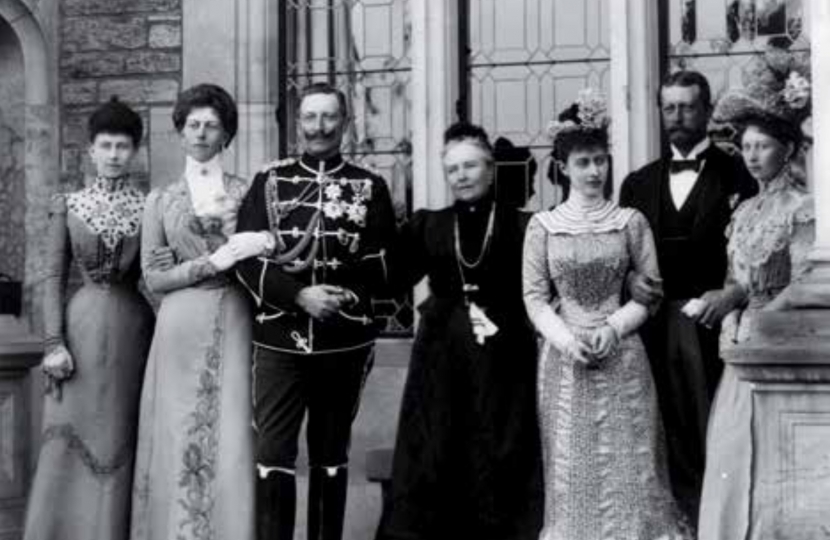 A host of major historical events will be recalled in 2015, most notably Magna Carta on its 800th anniversary and Waterloo on its bicentenary. The new year also brings the tercentenary of the Jacobite rebellion of 1715, the final tragic instalment of a dynastic drama which transformed British politics and Anglo-German relations.

On I August 1714 George, the Elector of Hanover and Prince of the still surviving Holy Roman Empire, succeeded the last Protestant Stuart, Queen Anne, all of whose seventeen children predeceased her. He was the first monarch to be proclaimed King of Great Britain as a result of the Act of Union seven years earlier, as well as of France and Ireland.

The arrival of this new royal dynasty made Britain a major continental power for the first time, standing alongside those German states who rejected absolutism in favour of individual liberty and enlightened thought made possible by their shared Protestantism. George 1 himself was a warrior-statesman of liberal views admired across the continent.

Strong German alliances were now forged that lasted throughout the nineteenth century. It was to Prussia that Queen Victoria and her clever south German husband turned for a suitor for their eldest daughter, an ardent liberal bluestocking. On both sides people had a sense of being part of an Anglo-German family. War within the family was unthinkable almost until the moment it occurred.

The Hanoverian achievement has been underestimated because silly details have been given undue prominence in the history books. Schoolboys learnt about George I’s two mistresses, ‘both of them remarkable for the want of all attractions’, as one widely read account put it. ‘ It was believed, indeed, that they were retained as state appendages rather than objects of personal affection—a mistress being almost a part of the regular establishment of a German court’.

Then of course there was the new king’s inability to speak English. It is true he did not converse readily in the language of Shakespeare at the outset; he used French, the tongue of civilised people throughout Europe. But ten years later he was sufficiently proficient to enjoy the Bard’s plays alongside his subjects.

In domestic politics 1714 was a watershed. For over thirty years Westminster had been a bear garden. Tories and Whigs celebrated their emergence in late Stuart England by denouncing each other with a ferocity never seen again. Between 1690 and 1713 ten general elections took place, with the Tories eventually gaining a huge majority which they used to stir up animosity between Protestants of different churches and put their principal opponents behind bars.

In 1714 the Whigs turned the tables with the help of a great deal of political corruption that within a few years was to make Robert Walpole master of the entire political system. The most brilliant Tory of the day, Lord Bolingbroke—‘ adorned with the choicest gifts that God hath yet thought fit to bestow on man’, said Jonathan Swift—fled the country from the Drury Lane theatre in disguise, accused of complicity in plots to replace King George by the Catholic Old Pretender.

The 1715 uprising, a total fiasco, left the Tories irredeemably tainted with treason. Their downfall was unlamented. Politics entered a long period of stability, the first that Britain had known for over a century. It was in the hope of happier times that the House of Commons assured the new monarch 300 years ago that its members ‘ will, to our utmost, support your undoubted right to the imperial Crown of this realm, against the Pretender, and all other persons whatsoever’. Cheap gin and the slave trade notwithstanding, an infinitely better country lay ahead.

Alistair Lexden is a Conservative peer and political historian. He is grateful to the Parliamentary Archives for the text of the Commons address to George I. His fuller account of these events from a Tory standpoint can be found in the current edition of the Conservative History Journal available in the library of the House of Lords.

You can download the original in The House magazine below.