A great bishop and a great injustice 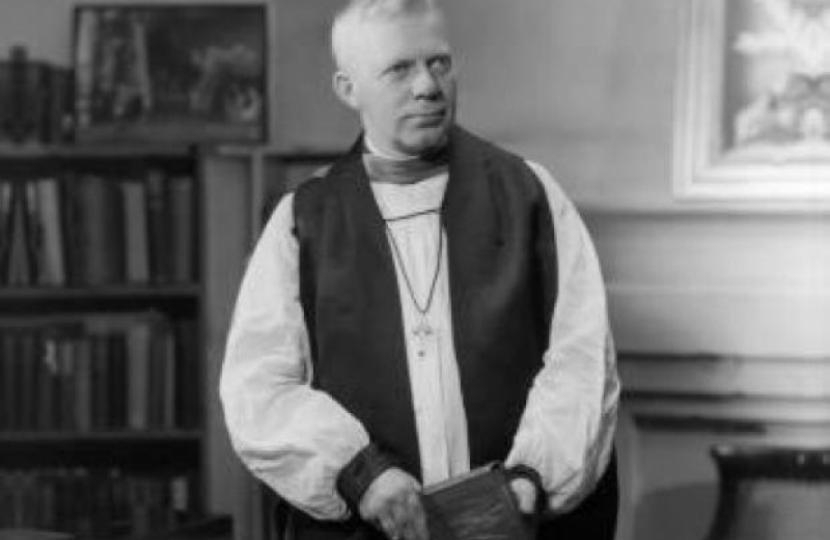 During the last four years, outrage has been expressed in many quarters—ecclesiastical, academic, political and journalistic—about the Church of England’s appalling  treatment of one of its greatest bishops, George Bell.  An important new book underlines Bell’s enduring significance on the world stage. Alistair Lexden’s brief review below will appear shortly in Parliament’s House Magazine.

The George Bell-Gerhard Liebholz Correspondence: In the Long Shadow of the Third Reich, 1938-1958

George Bell and Gerhard Leibholz were drawn together in the 1930s by a shared conviction that  Hitler must be overthrown . Leibholz, an outstanding German constitutional lawyer and brother-in-law of the great theologian, Dietrich Bonhoeffer , was befriended and supported by Bell, the Bishop of Chichester, when he arrived in England as a refugee in 1938.

The two men exchanged long, brilliant letters about the creation of a new European order in which Germany would be a full democratic partner. Both hoped that the Germans themselves would get rid of Hitler, but the failure of the 20 July plot to kill him 75 years ago put paid to that. Both feared the consequences of Soviet victory in Eastern Europe.

This remarkable correspondence has now been edited meticulously by two leading Church scholars. Their footnotes to the texts of the letters, elucidating key points and identifying individuals mentioned in them, are  models of their kind. A long introductory essay sets the scene magnificently.

Two members of the House of Lords should make a point of reading these inspiring letters: the Archbishop of Canterbury and the current Bishop of Chichester. Four years ago, they oversaw a grievously flawed internal Church investigation which upheld an uncorroborated complaint of child sex abuse by an anonymous woman against Bell, widely regarded as the greatest Anglican bishop of the 20th century, who had died nearly sixty years earlier.

A report in 2017 by Alex Carlile, the distinguished Lords cross- bench lawyer, damned the entire investigation process. A second complaint against Bishop Bell last year was dismissed as completely groundless. Nevertheless, those responsible for the discredited decision in 2015 insist that Bell remains under “ a significant cloud.” A terrible injustice has been done.

This book provides a powerful reminder of the international stature of the man who has been so seriously maligned. A prolific speaker in the Lords, he did more than anyone else in England to aid both Hitler’s Jewish and Christian victims. He spoke out fearlessly against the carpet bombing of German cities during the war; the resulting controversy cost him the archbishopric of Canterbury when it became vacant in 1944.

Bell was insistent that the German people as a whole ought not to be punished for the crimes of the Nazis. This was the theme of a steady stream of speeches in the Lords. Numerous articles and books reinforced the message. “ The West”, he wrote, “does not desire to crush Germany”, but was intent on “ rebuilding the Christian civilization of Europe upon planned co-operative lines”.

For such views, which anticipated a united Europe, Bell endured much criticism at home while the war lasted. To the opponents of the Nazis in Germany, he was an inspiration. In a letter after a Lords debate in March 1943, Leibholz told him “ how warmly and eagerly our friends in Germany welcomed this voice of Christian reason.”

George Bell is venerated by Christians in many countries. They cannot understand why he has been treated so unjustly by the current leaders of the Anglican Church.