The first woman Prime Minister and her defamed predecessor 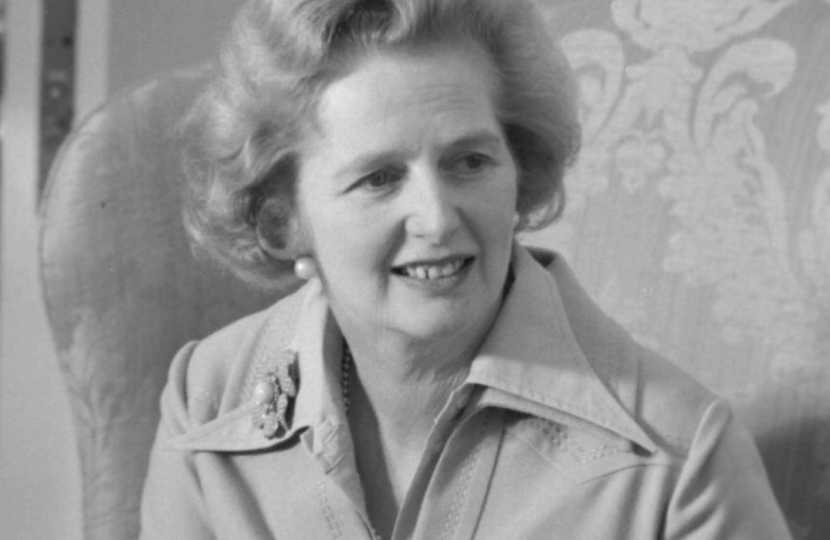 Each week, Parliament’s House Magazine includes a diary piece by a member of the Lords. Having written it from time to time in the past, Alistair Lexden was asked to contribute again for the issue of the magazine published on 6 May. The fortieth anniversary of Margaret Thatcher’s election victory in 1979, and the damage that has been done unjustly to  Ted Heath’s reputation , were his two principal topics.

The mourners comforted each other as best they could outside the small parish church at Longworth in the Oxfordshire countryside after the funeral of Airey Neave on 7 April forty years ago. Mrs Thatcher took me aside for a few moments. “ We must win—and win well—for Airey”, she said in  characteristically decisive fashion .

A few weeks later on 3 May, she won with a comfortable majority of forty-three after the largest swing since 1945, confounding her own earlier predictions that no woman would become prime minister in her lifetime.

Being a pretty useless canvasser(which put paid to all thought of a Commons career), I spent most of the 1979 campaign at my post in the Conservative Research Department. Material went out daily to candidates, providing responses to issues that created particular controversy and giving lines of attack on the policies of other parties. The total volume, printed overnight and posted the following morning, was substantial.

I like to think our briefing service contributed  to our leader’s historic victory. She gave us a splendid party afterwards. Sadly, the need to equip candidates with really effective, detailed material is no longer recognised by the Tory Party. There was precious little of it at the disastrous 2017 election.

In her final election broadcast forty years ago, Mrs Thatcher spoke movingly of Britain’s need “ to find dignity and greatness and peace again ”. When the long agony of Brexit is over, will Britain regain the international status and prestige that Margaret Thatcher forged for us? We shall certainly need a national renewal as fundamental as the one which began when she arrived at Number 10 on 4 May 1979.

Ted Heath’s dislike of his successor became legendary. But she would never have allowed his reputation to be besmirched as the result of a disgraceful police operation.

There is a deep sense of outrage across the House at the government’s refusal to set up an inquiry into a  biased investigation by Wiltshire police. A handful of  allegations, left unresolved, need to be independently scrutinised and assessed.

The local police and crime commissioner backs an inquiry, but says the government must establish it. The government says the PCC must do it. They are playing a shameful game of pass the parcel with a deceased statesman’s reputation.

I returned to this scandalous state of affairs on Monday when I opened a debate on PCCs. Once more it was made clear that the government will not use the powers it possesses. Will it take a judicial review to get justice for Ted Heath?

One of the reasons I like being a deputy speaker is that I hear some marvellous debates that I would otherwise probably  miss.

Before my debate on Monday, the House considered two reports on tax. They were introduced  by Michael Forsyth, who did so much for Margaret Thatcher in her last years.

Great concern was expressed very powerfully by all speakers about the way in which Her Majesty’s Revenue and Customs are using some of their powers. The effects on small businesses are really serious. The government has brushed them aside.

George Young, in parliament since 1974 but newly appointed to the Treasury, replied to the debate with his customary political agility and wit which the House loves.

As usual I shall have plenty to tell the students on  my next school visit to talk about the work of the Lords, which is due on Friday.

Alistair Lexden is a Conservative peer and historian. He edited three collections of Margaret Thatcher’s speeches for publication.