The first Indians at Westminster 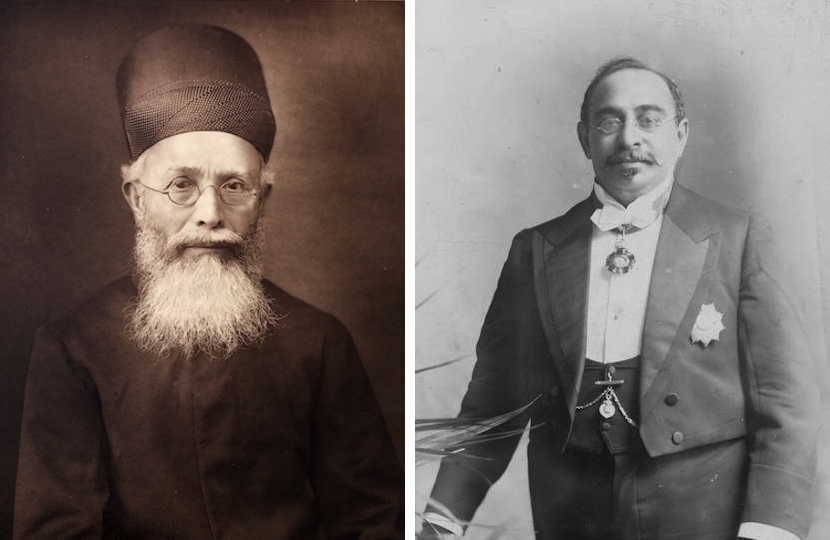 When did people from an Indian background first become members of the Commons and Lords? Who were they? A new book, reviewed here by Alistair Lexden, provides the answers.

An Indian in the House: The Lives and Times of the Four Trailblazers who first brought India to the British Parliament

Mohamed Sheikh, an active Conservative peer for fourteen years, is a man with wide business and philanthropic interests. This is his second book. The first provided a vivid account of the life of Maharaja Ranjit Singh (1780-1839) who won the respect of the British in India for his skill in holding together a mighty Sikh empire. It collapsed after his death. His son, Duleep Singh, exiled in England, joined the Carlton Club and tried unsuccessfully in 1874 to become the Tory candidate in Whitby, where one of Gladstone’s sons was MP.

Lord Sheikh has now turned his attention to the first four Indians to enter Parliament. He has done a great service by bringing together short biographies of them in a single volume, written with vigour and clarity.

The first two, Dadabhai Naoroji (1825-1917) and Sir Mancherjee Bhownaggree (1851-1933) felt considerable respect for each other, while making their mark in opposing political parties. Both were prominent, intellectually accomplished Parsis who divided their time between Britain and India.

Both were elected for inner London working-class seats in the 1890s. Naoroji won Finsbury Central as a  Liberal, whose radical programme included home rule for India, by just three votes (subsequently increased to five on a recount) in 1892, defying the prediction of the Conservative Party leader, Lord Salisbury, that the country had not ‘ yet got to that point of view where a British constituency would elect a black man.’ Gladstone’s son retorted ‘I know Mr Naoroji very well, and I know Lord Salisbury by sight, and I am bound to say that of the two Lord Salisbury is the blackest.’

Naoroji did not survive the next election in 1895 which brought Bhownaggree, a successful barrister, into the Commons as the first (and only) Tory MP for Bethnal Green North East, one of the capital’s worst slum areas, with a majority of 160. An influx of East Europeans, some fleeing Jewish pogroms, had created much tension in the area. Bhownaggree played the anti-immigration card quite blatantly, but proved a faithful, energetic constituency MP, holding the seat until 1906.

The third Indian MP, Shapurji Saklatvala (1874-1936), was also a Parsi. He too won an inner London seat, Battersea North, but differed from his predecessors in almost every other respect. He was an eloquent Communist firebrand who proclaimed that ‘we must have uniform standards for all the workers all over Europe and Asia.’ He frequently caused uproar in the Commons, of which he was a member between 1922 and 1929, with a short gap in 1923-4, under the watchful eye of M15.

Moderation was embodied in the last member of the quartet, Lord Sinha , of Raipur in the Presidency of Bengal(1863-1928). A quite outstanding barrister, he believed that Indians should take up positions in the government of their country that became available to them after the First World War. A brief period as a junior minister at the India Office in London in 1919-20 meant that an Indian voice was heard in the Lords for the first time.

After 1929, no one of Asian origin was seen in the Commons until 1987 when Keith Vaz was elected. It is unlikely that the four trailblazers, described so well in this book, would have regarded him with unqualified approval.