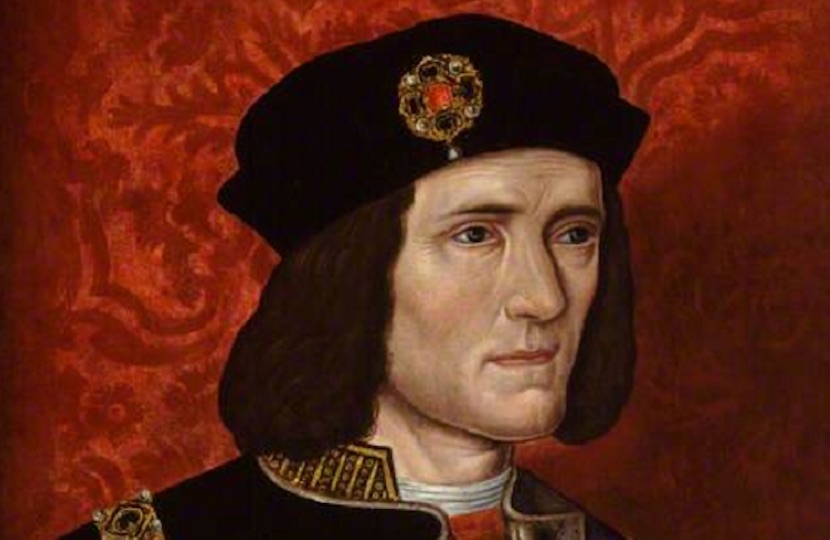 An excellent, well-written new life of King Richard III by a Conservative MP was published recently. A review of it by Alistair Lexden follows.

‘Edwards Four, Five, Dick the Bad/ Harrys Twain and Ned the Lad’. So runs part of the well-known rhyme through which the kings and queens of England are widely remembered. The lines cover the last medieval kings belonging to the House of York and the first rulers of the House of Tudor.

Just over ten years ago, Chris Skidmore published a life of Ned the Lad, Edward VI, king in 1547 at the age of nine and dead at fifteen. It was during the brief reign of this brilliant, precocious youth that England became a distinctively Protestant country, completing the Reformation that his father Henry VIII had begun and doing so with such thoroughness that Ned’s Catholic half-sister, Mary, was unable to reverse it. The Church of England was his lasting legacy, its glorious liturgy shaped by Cranmer during his reign. Skidmore wrote up the results of his thorough researches with skill and verve to produce a wonderfully vivid portrait of the boy king, entitled Edward VI: The Lost King of England.

Now a Tory MP and junior minister at the Cabinet Office in his thirties, he has devoted his fourth book to Ned’s partner in the rhyming couplet, Dick the Bad, King Richard III, perhaps England’s most notorious monarch. Seizing the throne in 1483 from another boy king, he reigned for just 788 days before being hacked to death at the age of 32 at Bosworth(a scene immortalised by Shakespeare), his broken bones emerging from a Leicester car park over 520 years later.

No monarch in British history excites greater curiosity. There has always been intense interest in finding out the truth about his turbulent, bloody reign and about two infamous deaths in particular.

Ned and Dick had little in common. The former was a scholar and master of languages who loved theological disputes; it is hard to envisage him, had he survived to manhood, with sword and buckler. Richard III was a brilliant warrior-king, mighty in battle, his sword never sleeping in his hand. His was an age of incessant blood-letting as the Wars of the Roses made and unmade monarchs amidst piles of corpses.

Ruthlessness was the essential quality that successful men required and Richard possessed it in abundance. His feats of arms, pitilessly conducted, brought him his own statelet, a palatinate covering the north of England, under his elder brother, Edward IV. He governed from York, where he was held in high esteem, constantly raiding Scotland in the hope of adding it to his conquests.

His brother’s sudden death at the age of 41 brought him to London as Protector of the young Edward V. No one was particularly surprised when he took the crown himself. Scrupulous respect for hereditary niceties was rarely a feature of the age, and the losers could not always expect to keep their lives.

In a quieter era, he might well have developed a serious love of culture. Skidmore notes the happy hours he spent listening to discussions of metaphysics at Oxford. He spoke eloquently in Latin to an emissary from the Holy Roman Emperor. The latter recorded that at Richard’s court ‘ I heard the most delightful music that I heard in all my life.’ He was a stylish dresser: ‘the king went to dinner and wore a collar of gold with many pearls the size of peas, and diamonds.’

There was never the slightest chance that Richard would secure a lasting peace. As soon as one plot against him had been bloodily put down, another sprang up. He had in Henry Tudor, the first of the ‘Harrys twain’, an implacable foe who pursued him relentlessly and finally prevailed. In death he was spared no indignity ‘nought being left about him so much as would cover his privy member.’

Did he or didn’t he? The fate of the princes in the Tower—Edward V and his brother—exerts a morbid fascination that will never end. It was an era drenched in blood, and yet the murder of children was regarded with horror. Skidmore explains that ‘ the very thought that Richard would have been prepared to kill his own nephews would have been an anathema in medieval society: children were to be honoured, as innocents themselves, as representatives of Holy Innocents, the children slaughtered by Herod three days after the birth of Christ.’

It is never going to be possible to deliver a final verdict for or against Richard. He is destined to remain for ever history’s most famous murder suspect. The surviving evidence, meticulously sifted by Skidmore, does not prove either the prosecution’s case, or that for the defence, conclusively. An opinion poll in 1483, however, would have brought the suspect little comfort. ‘ What cannot be doubted’, Skidmore writes, ‘ is the overwhelming degree to which it was believed that Edward V and his brother were now dead, and that the responsibility for this lay with their uncle, their Protector, the nation’s unexpected king.’

Chris Skidmore now finds himself in Mrs May’s government rather than in the university history post to which his talents might equally have taken him. This first-rate book of some 400 pages will be read with great profit and pleasure by fellow historians and by all those who simply enjoy learning about dramatic episodes in the past from a fine writer.

The House magazine published the review in April 2018. You can download the proof at the bottom of this page.