China and Japan in the First World War 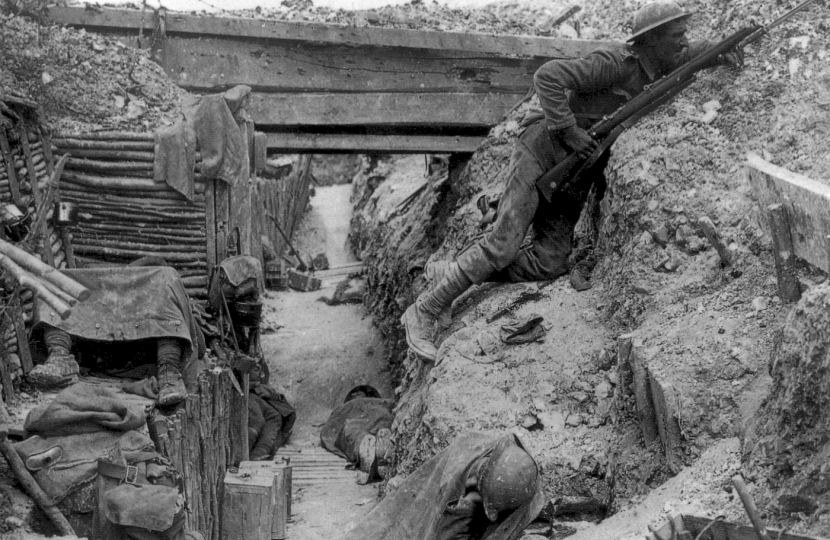 The centenary of the First World War is being commemorated on a considerable scale, but virtually nothing has been said about China and Japan. That omission has now been repaired with the publication of a book, designed for the general reader, which Alistair Lexden reviewed in the edition of Parliament’s House Magazine published on March 3.

You can read the review below or download it at the bottom of the page.

On 7 November 1914, a joint Anglo-Japanese force captured the Chinese city of Qingdao, known as “one of the most fashionable watering-places in the Orient”, which had been under German control since 1897, along with some 550 square kilometres of the province of Shandong.

In just a few years, German enterprise had transformed the region into a thriving industrial centre whose steadily rising output of coal fuelled the Kaiser’s expanding far eastern fleet. Shandong had long been coveted by the expansionist, modernising Japanese. Some 2,000 British troops, stationed elsewhere in China, arrived to assist in delivering a mortal blow to German interests in the country.

The two allies, fighting together for the rst and last time on Chinese soil (they were to mount their only other combined war-time operation at Vladivostok in 1918), were not exactly enthusiastic about each other. The British were appalled by the savagery of their comrades in arms who looted and destroyed the villages of the unfortunate Chinese. Their sanitation was another cause of complaint: “they left the ground in a filthy condition when they moved”.

The Japanese were no less impolite, dismissing British Tommies as “not good soldiers” and their army as the embodiment of “cowardice itself”. Such attitudes would help bring about the infamous treatment of British prisoners in the Second World War.

Even during the earlier conflict, Britain and Japan had objectives that were fundamentally incompatible. Japan sought to bring as much of China as possible under its control; Britain wished to retain the specific rights and concessions that it had accumulated in China during the 19th century.

Able and confident Chinese leaders who were beginning to come to the fore in this weak and divided country sensed an opportunity. They presented themselves to the British as infinitely more reliable allies than the Japanese, who failed to send supplies and munitions to the western front in fulfilment of their treaty obligations.

In 1915, the Chinese offered to dispatch 300,000 men to France, along with 100,000 rifles. Some 140,000 non-combatants eventually arrived. They dug trenches much faster than British troops and carried the heaviest objects with the greatest of ease, earning the praise of Lloyd George himself.

“They are immensely powerful fellows,” he wrote, “and it was no uncommon sight to see one of the Chinese pick up a balk of timber or a bundle of corrugated iron sheets weighing 3 or 4 hundredweight and walk off with it as calmly as if it weighed only as many stone.” Around 10,000 died. They are buried in 40 cemeteries, tended devotedly by the Commonwealth War Graves Commission.

China had earned the gratitude of its allies, but it received none. Its interests were totally disregarded at the long peace conference in 1918-19. At the end of it, the Chinese delegates refused to sign the Versailles treaty.

The two authors, who have collaborated on previous books, are experts with a common touch. They put the fruits of scholarly research into a major, but forgotten, arena of the First World War at the disposal of the general reader in strong, vivid prose, accompanied by a mass of pictures.

They share the outrage felt by the Chinese at the end of the war. Ruthless Japan profited at China’s expense, emboldening it to launch a savage war of conquest in the 1930s which Britain, facing the fascist dictators in Europe, lacked the resources and will to try and stem through the imposition of sanctions.

Would Britain have an easier time of it today as it solicits Chinese investment if it had not betrayed its First World War ally? Wood and Arnander stress the extent to which memories of past western wrongs “still inform the Chinese view of her place in the world and influence current relationships and attitudes”.