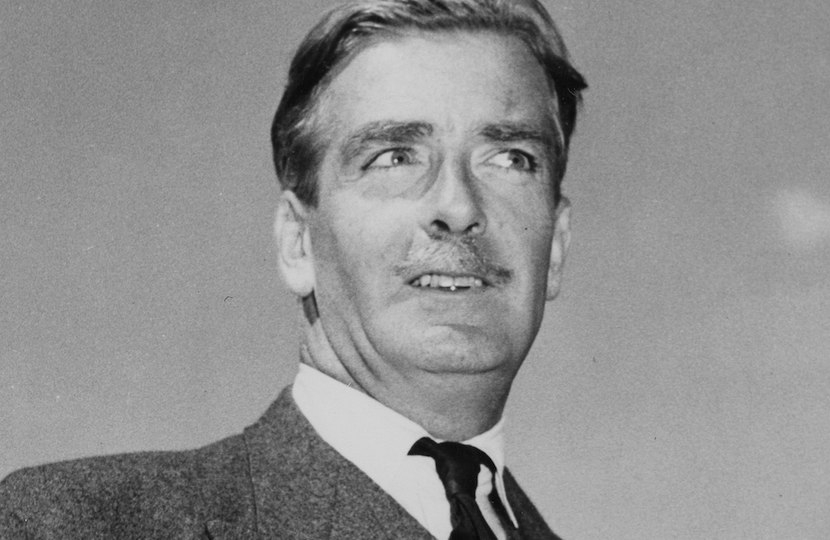 A lengthy report in The Times on November 2 gave details of a forthcoming auction of the Military Cross and other medals awarded to Anthony Eden during the First World War. He served with conspicuous bravery on the Western Front from 1916 until the armistice in November 1918, remaining with his regiment until June 1919. He wrote a deeply moving account of his boyhood and life in the trenches, entitled Another World, which was published in 1976, the year before his death. In it he made light of his own service , and said nothing about his MC. The Times article stated that “the reason for its award [is] a mystery.” Alistair Lexden explained what happened in a letter published in the paper in slightly edited form on November 5.

Sir, There is no “mystery” about Anthony Eden’s Military Cross (“Auction of Eden’s MC highlights his heroics”, News, Nov 2). He was first recommended for it in August 1916 after rescuing his company sergeant from no man’s land during the Battle of the Somme. (After 33 operations the man recovered and gave Eden “a very pretty gold pen-knife” which was kept on his writing table. “It is always there”, he recorded in old age.) After Eden’s name had been resubmitted the medal was awarded to him in the week of his 20th  birthday the next  year. His commanding officer wrote to his mother on June 16,1917: “He has worked so hard and has the battalion so very much at heart that all ranks are delighted to hear that he has been given the Military Cross. I do trust that he will come safely through the war and that he will have a very successful career.”