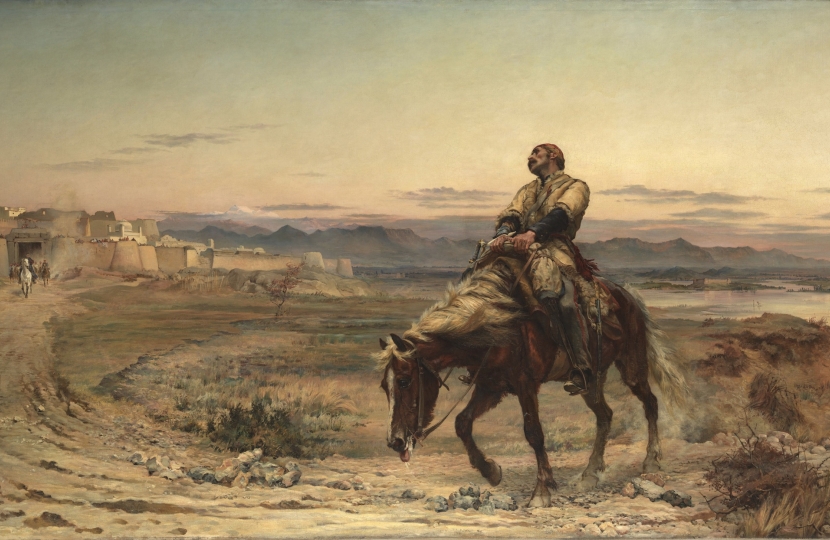 Britain’s largely successful record in dealing with Afghanistan during the time of empire is today little known.  It is summarised in the following letter, which was published in The Daily Telegraph on 16 July.

SIR - It is constantly said that interventions in Afghanistan always end in disaster, with America’s recent experience proving the point again.  Britain’s record in the 19th century disproves it.

Far too much prominence is given to the massacre of a portion of the British forces -- composed largely of Indian sepoys and civilian staff — during their retreat from Kabul in January 1842 after being assured safe passage. Few images have proved more haunting than that of the sole survivor, Dr William Brydon, immortalised in a painting by Lady Butler.

That vividly remembered incident was followed by a swift, brilliantly executed campaign -- now largely forgotten -- which turned the country’s ruler into a staunch ally.

In 1878, the British intervened once more in response to suspected Russian intrigues. There followed two years of British victories under a great commander, the beloved  “Bobs” (later Earl) Roberts.

Against a lesser British general and with overwhelming numerical superiority, the Afghans gained their one and only victory in the field during the 19th century at Maiwand, near Kandahar in July 1880.

However, this was redeemed at once by Roberts’s famous great march of 318 miles in 23 days from Kabul to Kandahar with 10,000 men -- one of the classic military achievements of the century. He routed his opponents so convincingly that the  British Raj had little further trouble from its northern neighbour.