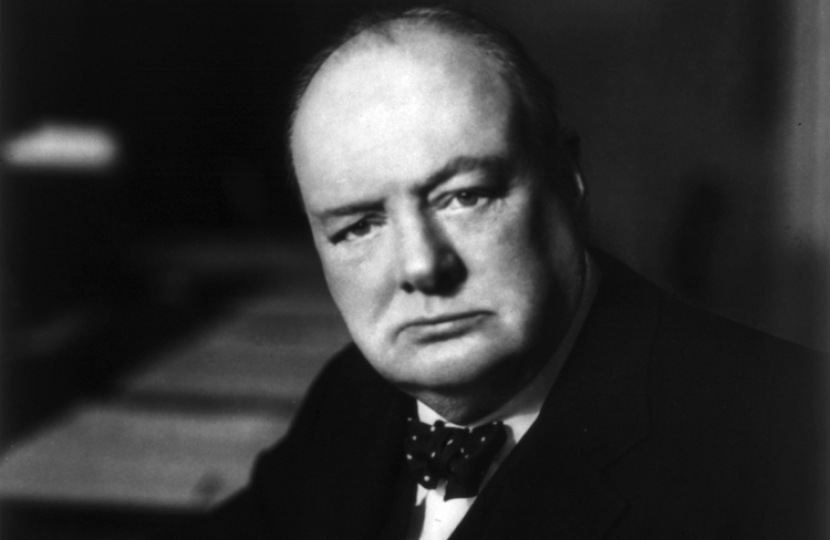 God and Churchill
By Jonathan Sandys and Wallace Henley
SPCK £19.99

It had to happen. Sooner or later an attempt was bound to be made to claim Churchill for God and present him as the instrument of divine purpose. The work would inevitably be undertaken by religious zealots. Here two of them come together, united by an unquestioning devotion to the image they have created in their minds of Churchill as God’s chosen servant in the destruction of Nazi Germany.

Wallace Henley is a Baptist pastor who worked in the Nixon White House, inoculating himself against its insalubrious elements by taking part in a prayer breakfast every Thursday morning in the West Wing. Jonathan Sandys is Churchill’s great-grandson; he inherited his place in the great man’s family through Diana Churchill, Winston’s elder daughter, who married the tough careerist Tory MP, Duncan Sandys, a minister in his father-in-law’s governments. The marriage ended in divorce after twenty-five years. Diana committed suicide three years later. In an introductory note to this book brimming with religious fervour, her grandson explains that after a wayward youth he found healing and inspiration in the New Testament and “ felt ready to write about the remarkable connection I had discovered between God and Churchill ”.

Churchill’s parents lived disreputable, rackety lives oblivious to the Christian commandments. Churchill himself was a regular churchgoer in very early life. He was immediately drawn to the eloquent language of the King James’s Bible and the Book of Common Prayer, committing much of them to memory just as he absorbed the words of Gibbon, Macaulay and other fine writers. Henley and Sandys have convinced themselves that something infinitely more profound took place. Though Churchill himself was wholly unaware of it, God marked him out from the start as the saviour of His truth when it came under sustained assault in Europe in the 1930s.

They write: “Our contention is that Winston Churchill was a deliverer prepared and brought on to the human scene through a sovereign act of God to counteract the work of Adolf Hitler, who manifested the dark power he worshipped and was its agent in his historical moment and geographical sphere”.

The book is full of such dramatic, startling claims which Churchill himself did not make, never going beyond vague references to the hand of destiny and the existence of some form of undefined supreme being. Obvious questions arise. If, as the authors maintain, God intervenes directly in history, why did He allow Hitler to take charge of Germany and wreak destruction on mankind? Why should Churchill alone be thought to have had a “ singular role in world history”, perhaps even helping to prepare the way for the return to earth of “ the ultimate Deliverer”? Roosevelt led a stronger nation than Britain in the war against Hitler; Stalin committed the largest armies to the war.

Mere historical facts are not allowed to interfere with the sweeping claims made by these Christian zealots. Churchill himself possessed none of the religious fervour that has taken possession of his great-grandson. He would have disapproved of it. In the 1890s he said that humanity would evolve to the point where “Christianity will be put aside as a crutch which is no longer needed and man will stand erect on the firm legs of reason”. He added that “ I expect annihilation at death. I am a materialist –to the tips of my fingers”. In old age he told his doctor Lord Moran that “he did not believe in another world; only in ‘ black velvet’—eternal sleep”. His last Private Secretary, Anthony Montague Brown, described him as “an optimistic agnostic”. Could God really have worked through Churchill even though his agent personally did not accept the great Christian truths that he was charged with upholding on God’s behalf?

A sympathetic appreciation quoted on the dust jacket calls it “ a book for Christians as well as for Churchill enthusiasts.” Above all, it is a book for the credulous and the naïve.