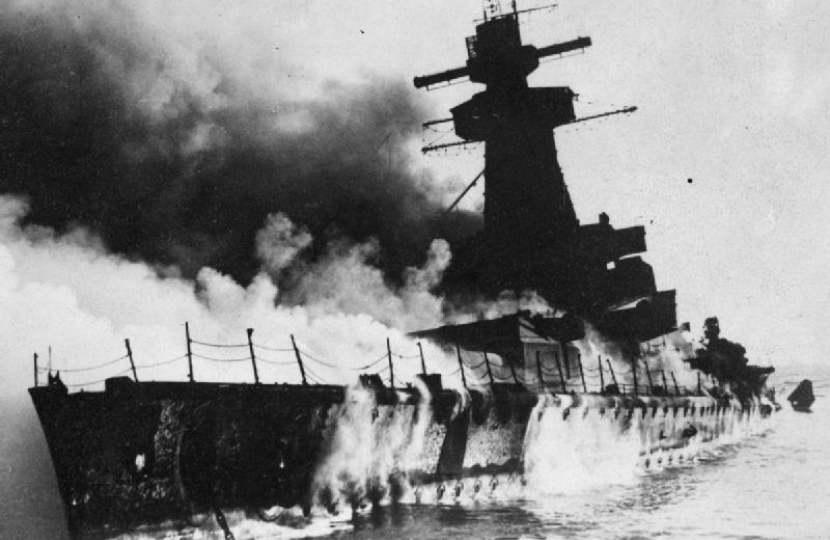 There could scarcely be a better time to reflect on the heroism of our servicemen and women during the Second World War, and on the freedom they preserved for us, than at the end of the year which marks the 70th anniversary of their enduring victory. Those of us who have known only peace in our time in Western Europe owe so much to their fortitude and gallantry.

Courage teaches by example: and each one of these beautifully edited short biographical essays tells a story of resilience, determination or ingenuity (often all three). Reading all the 106 personal accounts in this third Telegraph collection of military obituaries, each written by a military expert, is a profoundly humbling experience.

Tasker Watkins, later a Deputy Chief Justice of England, suddenly found himself as a young lieutenant in command of his infantry company in Normandy on 16 August 1944 after all his fellow officers had been killed. “Although subjected to short-range German fire, he charged two enemy posts in turn, killing or wounding the occupants with his Sten gun. On reaching his objective he found an anti-tank gun manned by a German soldier. At that vital moment his Sten gun jammed, so he threw it in the German’s face and shot him with his pistol before the man had a chance to recover. Immediately after this the company, now down to thirty, was counter-attacked by fifty Germans. Once again Watkins led a bayonet charge that resulted in the destruction and dispersal of the enemy.”

He went on to perform other remarkable feats that same day. He was awarded the VC in recognition of his bravery and skill which had “ a decisive influence on the course of the battle” that left 10,000 Germans dead. No war film can better these essays in excitement.

It was the same story in other theatres of war. Hugh Fane-Hervey, a tank commander fighting the Italians in North Africa in December 1940, led his men against “ anti-tank and field-guns at point blank range, and by 10am a camp had been captured, together with large quantities of arms and more than 2,000 prisoners”. The following day things did not go so well. However, after being taken prisoner, Fane-Hervey “persuaded the Italians that they were surrounded, and an Italian officer surrendered after being assured that he and his men would not be castrated”. The Italians could not help judging others by the low moral standards to which they had become accustomed during their conquest of Abyssinia in 1935-6.

This marvellous collection, edited by David Twiston Davies, the doyen of obituary writers, also brings home the muddle and confusion which are inevitable features of warfare. Penny Phillips, an ambulance driver during the last days before France’s capitulation in June 1940, inadvertently ran into a German Panzer division but managed to give her escort the slip after a railway line exploded. She and a colleague “ passed back down the German column, without any attempt being made to stop them, even though Penny had to lean out of her cab because the bonnet had swung up to block her view. A contingent of eight French soldiers on bicycles whom they finally met was dubious about their story at first”.

It is not altogether clear that these unprofitable escapades really entitled her to the Croix de Guerre which she was awarded on her return to England. Yet it is impossible not to admire exuberant high spirits in the most dangerous circumstances. They were exhibited frequently by the courageous people who fill this book.

Very few of them sought a career in politics after the war. Not one seems to have been drawn to the Labour Party, responsible and patriotic though it was under the leadership of Major Attlee, a hero of the Gallipoli campaign. Unsurprisingly, the lively Penny Phillips caught the eye of the Tories. With young children to bring up, she “ turned down Anthony Eden’s suggestion that she become an MP”. Instead she soldiered for over thirty years on the Somerset County Council where she supported comprehensive education as so many Conservatives in rural areas tended to do. She seems to have become the Thatcher of local government given to dressing down her colleagues who called her “ the Ayatollah”.

There are others who sound as if they really should have ended up on the Tory benches at Westminster. John Macdonald-Buchanan, for example, surely would have been ideal in the post-war Whips’ Office where party discipline was rigorously enforced. “ He was magnificent looking, ramrod straight, quick thinking and sometimes pretty curt. He was nearly always right, and when he said something offensive it was always with that marvellous smile and a flick of the moustache—and he always got away with it!”