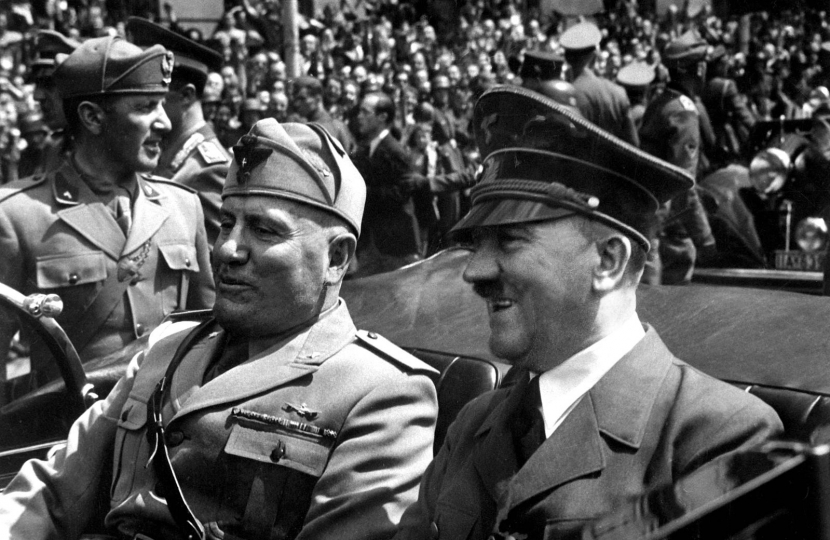 There are many books about Neville Chamberlain and his search for a peaceful settlement with Germany in the late 1930s. Passions still often run high in discussions of the subject. No consensus has been reached by historians or the public at large—and probably never will be. Alistair Lexden, a defender of  Chamberlain in his own writings, reviewed a new book on this highly controversial subject in Parliament’s House Magazine on 13 January.

It is easy to jeer at the appeasement policies of the 1930s, and many do so. After all, they are only reiterating the attacks made by Churchill in powerful speeches during his “wilderness years”, and repeated in his best-selling memoirs after the war. His account, deliberately designed to assure his place in history, largely shapes the view of posterity eighty years on. Neville Chamberlain died suddenly in 1940 before he could record his version of events.

The well-known charge against Chamberlain and his government is that they abased themselves before Hitler instead of standing up to him. They are accused of indulging his insatiable appetite for territory in Central and Eastern Europe, happily acceding to his demands. According to the critics of appeasement, a tough approach to Hitler, backed up by effective rearmament, would have stopped the war which Churchill always said could have been prevented.

This impressive book provides a detailed exposition of the case against appeasement. Written with clarity and verve, it draws on a vast range of unpublished material that Churchill never saw. He would have warmly approved of the use that is made of it here. The book is unrelentingly hostile to Chamberlain, and unfailingly kind to Churchill.

It also blackens the reputation of a man who rose to the top of the civil service, having entered it on the lowest rung as a boy clerk without qualifications. Sir Horace Wilson “had a calm, unruffled and patient personality that translated into exceptional skills as a negotiator in industrial disputes.”He won approval and friends at the top of the Conservative Party; one of his godsons, Lord Crathorne, is a Tory member of the Lords today.

No one was closer to Chamberlain than Wilson. On foreign policy, his advice was incessant and influential. In the view of Adrian Phillips, it was uniformly bad. Wilson believed in “friendship between Britain and Germany, which was increasingly at odds with the brutal reality of conducting diplomacy with Hitler.”

So great is the disapproval with which Phillips regards him  that he earns a place in the title of the book  as the man “who helped cause the Second World War.” That is grossly unfair. One man alone was responsible for it: Adolf Hitler.

What is conspicuously missing from this work is any account of the immense difficulties that Chamberlain faced in Central and Eastern Europe, a vast region in which Britain had never before intervened directly. Churchill said that the new states created there after the First World War should be brought together in alliance against Hitler.

It was a complete non-starter. Many of them hated each other as much as, if not more than, they hated Germany. Chamberlain took the view that the only hope of creating stability in this troubled region lay in supporting boundary changes that enabled Germans who had been excluded from their country by the Versailles Treaty in 1919 to become part of it.

At the same time, Chamberlain rearmed Britain on a massive scale. Defence spending rose to nearly 50 per cent of GNP. “ Hope for peace and prepare for war.” That is how he summed up his policy, and it should be the starting- point for historical assessments of him.