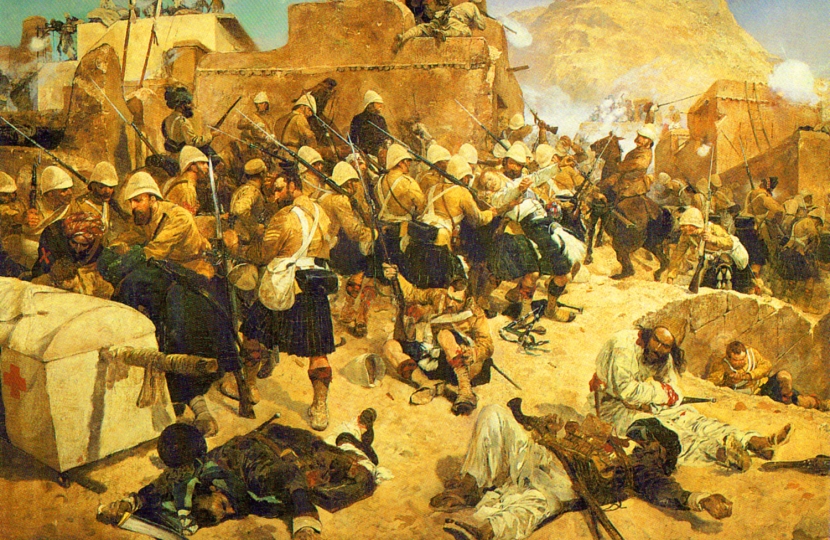 Alistair Lexden (then Alistair Cooke) wrote to The Daily Telegraph about Afghanistan in September 2001. The paper asked him to reflect in a further letter on what he had said then in the light of the American decision to withdraw before the 20th anniversary of its invasion.  Both letters were published online by the Telegraph on September 11.

SIR – Although Britain’s interventions in Afghanistan met with reverses (report Sept. 15), Sir Frederisk Roberts mounted a triumphant expedition in 1878 which culminated in his famous march from Kabul to Kandahar.

Some 10,000 troops covered 313 miles without significant loss in the heat of August, before crushing the entire Afghan army. Disraeli wrote that “the march was the march of Xenophon, and the victory that of Alexander”.

Queen Victoria argued strongly that the country should be kept under British control. Others maintained “the place might be made a real emprium of trade”, according to Gladstone’s private secretary. If Gladstone had not rejected that advice, would Afghanistan today be a relatively stable Commonwealth country?

Dear Sir – Was I foolish to have suggested twenty years ago that Afghanistan could have achieved stability and prosperity under firm British control after 1880 in accordance with Queen Victoria’s wishes, pointing the way to a settled future?

As it was, the country made considerable progress over the next forty years in close alliance with the British Raj, only briefly interrupted by the two-month third Afghan War of 1919.

Yet the infinitely more determined efforts to create a stable, reasonably well-governed state since 2001, which I did not foresee, have ended in total disaster.

Does that prove I was wrong to reject the conventional wisdom that other countries should always keep out of Afghan affairs? I would counter that  the West’s humiliation is the result of failing to learn from British experience.

Victoria insisted that in the process of change “the best local customs and traditions must be accorded full and lasting honour”, and her ministers agreed. The United States chose  to impose Western values quickly with well-intentioned arrogance, and then abandoned the task.

Those trusting Afghans, particularly women and girls, who supported America’s rushed and incomplete reforms, were doomed to pay the terrible price that has now come to pass. Queen Victoria would have been appalled by America’s failure to learn from the lessons of history.