When is a Royal Visit a State Visit? 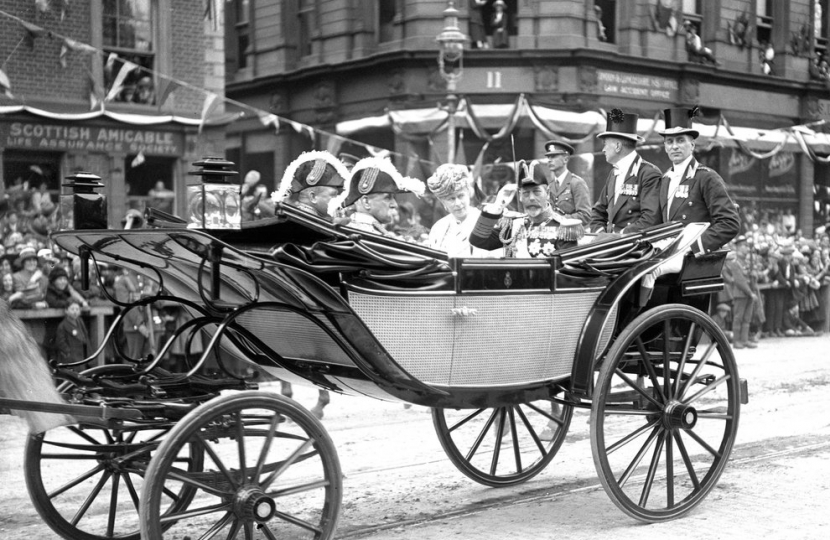 The answer of course is: when it is a visit to another head of state.

An article in The Times on June 26, however, described King George V’s visit to open the Northern Ireland Parliament on 22 June 1921 (recalled by Alistair Lexden on its centenary: see below) as a state visit.

A week later on July 3, the columnist published the following: ‘ I‘ve been ticked off for referring last week to George V making a “state” visit to Northern Ireland. “There might be furrowed brows amongst my unionist friends,” Lord Lexden wrote. “I think state visits are made solely to other countries. The first state visit in Irish history must be the Queen’s wonderful visit to the Republic of Ireland in 2011.” ’

Another respondent put the point more bluntly: ‘How precisely can a sovereign pay himself a state visit to a part of his own country of which he is sovereign?’

One interesting sidelight that emerged in The Times is that copies of the newspaper, including a special supplement, weighing 500lb were flown to Belfast on 22 June 1921 in a chartered de Havilland biplane, the first use ever of  this method of delivery. Copies were on sale by 10am. The aeroplane returned to London the same afternoon with glass plate negatives of the royal visit, two of which were printed in the next day’s paper. Though pictures had been taken on film for some 20 years, The Times and other papers continued to use glass plates for decades because they recorded the details of events with a sharpness and clarity which film could not at that time match.