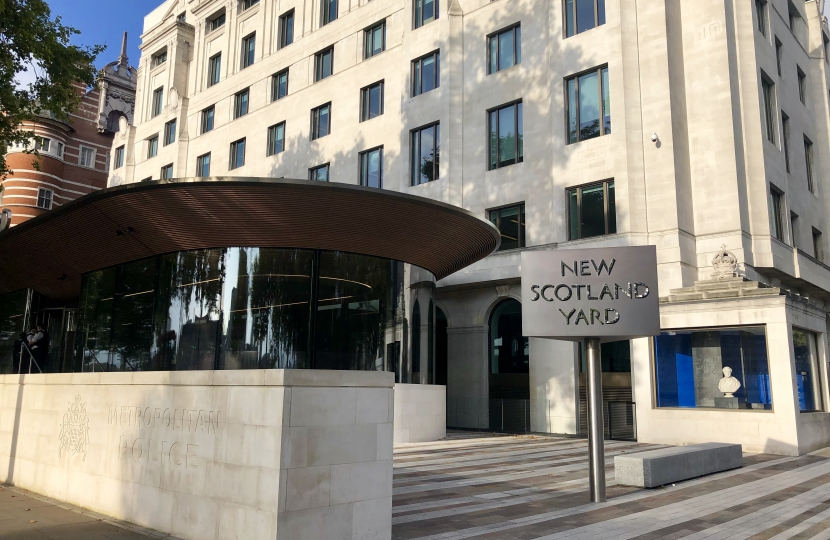 On 7 March (see below), Alistair Lexden told the House of Lords that Mike Veale, the former Wiltshire police constable who tried to smear Ted Heath as a child sex abuser, was living happily on a salary of some £100,000 as an adviser to the Police and Crime Commissioner (PCC) for Leicestershire and Rutland while facing misconduct proceedings in Cleveland, where he had done a short stint as chief constable before being forced to resign in 2019.

The scandal came up in the Lords again on 7 April. Alistair Lexden said: “What on earth is going on in Cleveland where the PCC announced last August that an independent panel, chaired by a lawyer, would start Veale’s gross misconduct hearing ‘shortly’, following a two-year inquiry by the Independent Office for Police Conduct, whose report has not been published? Things never seem to move quickly where police misconduct is concerned.”

He continued: “Has the Home Office noticed that a long-serving police superintendent in Cleveland denounced Veale last month for subjecting her, in her words, to a ‘biased, flawed and unfair investigation’, piling on yet further allegations against him?”

He concluded: “Is this scandal-ridden man going to continue to rake in his £100,000 salary plus expenses arranged by his kind friend, the current so-called Conservative PCC for Leicestershire and Rutland? In short, is the Home Office going to let this very rotten apple get away with it?”

Outrage was expressed on all sides of the House. The Home Office Minister in the Lords, Baroness Williams of Trafford, brushed it aside. No action is to be taken by the Government, even though the misconduct hearing in Cleveland has not even begun. It seems that this very rotten apple is to be allowed to get away with it.