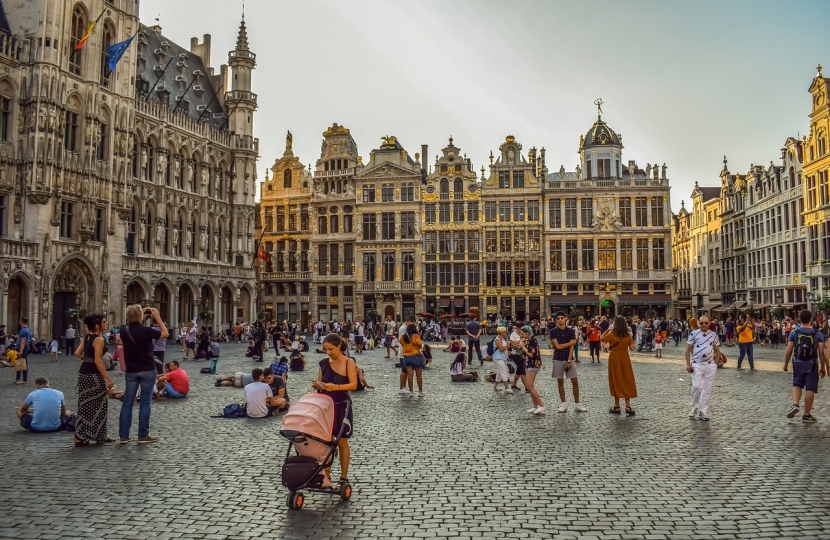 The Lords Committees which scrutinise European policies in detail have been reconstituted this month. This has been done to enable the Lords to concentrate on the main issues in the negotiations now taking place to try to settle Britain’s new relationship with the EU from December 2020, following the end of the transition period after Brexit.

A crucially important moment approaches. At the end of June, the government has said it will decide whether sufficient progress has been made in the negotiations to enable them to continue.If not, they will be broken off.

Against that background, Alistair Lexden has become a member of an important new EU Sub-Committee on Security and Justice. With thirteen members (five of them Conservative peers), its principal task is to consider, and report on, future co-operation with EU member countries on security and justice matters, including in particular policing, extradition and data-sharing.

One simple statistic underlines the importance of  co-operation in these areas: in 2019, our law enforcement officers accessed the key EU information system—a database that has been vital for their effectiveness in tackling crime—603 million times.

The EU Security and Justice Sub-Committee, like all Lords Committees, is for the time being meeting remotely by video link. To inform itself more fully about the current state of negotiations with the EU, the Committee has asked the Home Secretary, or one of her ministers, to meet the Committee as a matter of urgency.

Alistair Lexden  comments: “The issue is clear. Unless agreement with the EU is reached on continued co-operation in vital areas of security and justice, some alternative means will have to be found of protecting the country and its people from crime, terrorism and other threats.Any alternative is most unlikely to be as effective as the arrangements that exist now. We have left the EU, but it is in our interests to work closely with it to keep our country safe.”

Robert Clive (1725-74) rose from obscurity in Shropshire to acquire fame and fortune in India. He was a most gifted military commander.