The triumph of William Pitt 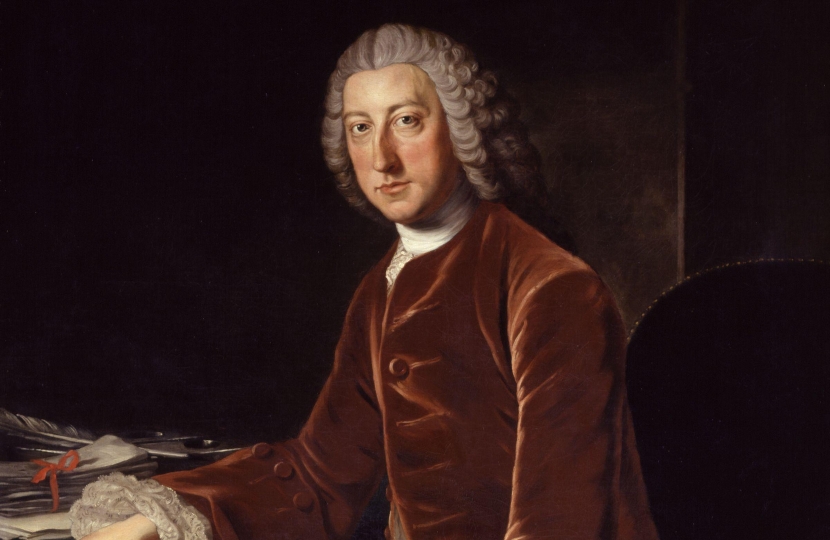 Pitt’s remarkable political success from the 1780s until his early death in 1806 is the most memorable feature of a new book about his bitter rivalry with Charles James Fox. Alistair Lexden’s review of the book is due to be included in the next issue of the Conservative History Journal expected in the early autumn.

The two authors of this useful book worked together in complete harmony, unlike their two subjects, Charles James Fox and William Pitt, who traded eloquent insults throughout their careers. It is rather surprising that they never fought a duel living, as they did, in an age when politicians not infrequently reached for pistols, as Leonard and Garnett point out.

They tell us that they wrote exactly half each. Garnett, who lectures in politics at Lancaster University, has a strong interest in recent Conservative history. He is a vigorous critic of Thatcherism, despite being co-author of a life of Keith Joseph. He is drawn to the politics of compromise and concession, which made him an ideal biographer of Willie Whitelaw. Leonard, a former Labour MP (1970-74) and assistant editor of The Economist for some years, is the author of innumerable books on elections and Parliament, including two volumes of potted lives of prime ministers from Pitt to Blair.

They are men who find the political right singularly unattractive. They do not seem to care much for the age in which their subjects lived. They abhor its lack of democracy and corrupt electoral practices. They make no reference to the praise which was heaped on Britain at home and abroad for its balanced constitution which provided successfully for the Parliamentary representation of the principal interests—land, commerce, finance—of the realm rather than “mere numbers”, a phrase much used at the time. The sentiment lingered. Even in old age Gladstone spoke of his regret at the passing of  the unreformed Parliament.

Leonard and Garnett come close to endorsing the hoary old Whig legend, exposed long ago by Herbert Butterfield, that George III sought to concentrate all power in his hands. They describe his dismissal of Fox in 1783 and appointment of Pitt at the head of a new ministry as “ unconstitutional”. At that time, the monarch possessed an unfettered right to choose his first minister and to assist him in assembling a Parliamentary majority out of the independents and self-styled King’s friends who then dominated the House of Commons. The authors should have heeded the wise words of Professor Peter Jupp in his great final work, The Governing of Britain 1688-1848, published just before his untimely death in 2006. George III, he wrote, “believed that the balance between King, Lords and Commons established by the [1688] Revolution made it incumbent on him to play an equal part with other elements of the trinity…engaged with, as well as generally supportive of, the aims and objectives of the first minister.”

Fox wanted to destroy the balance by making the monarch subservient to him and his Whig colleagues; Pitt believed the constitutional trinity should be retained. That view provided the foundation of his success, and of Fox’s failure.

The two great antagonists, the finest orators of their time, have attracted superb recent biographers. William Hague has dissected the components of Pitt’s political genius; Dr L.G. Mitchell, the eminent Oxford historian, has done the same for Fox. Though not in the same league as writers, Leonard and Garnett perform a valuable service in this study of the contrasts between the two men; resemblances are hard to find.

Pitt held office for nineteen and a half years, almost entirely as prime minister; Fox for just over one and a half, sharing the premiership for a few months in unholy alliance with the Tory Lord North. It is impossible to believe that Britain lost by having  Fox’s talents in government for such a small time. When he was Foreign Secretary briefly at the end of his life, he sent useless emissaries to negotiate with France. They made blunder after blunder, as Herbert Butterfield revealed in his Charles James Fox and Napoleon (1962).Discovering a plot to kill Bonaparte, Fox made the details known to the target who thanked him for his “ honour and virtue”—as he prepared to inflict further long years of violence and bloodshed on Europe.

Leonard and Garnett deliver a fair final verdict. They consider Pitt and Fox to be “ the most remarkable prime minister and perhaps the greatest Opposition leader in British history”. For most people, however, the vital test of an Opposition leader is an ability to get into government, a task at which Fox so signally failed for almost his entire life. This battle of titans was won by Pitt, the lifelong Whig who inspired a new generation of Tories and paved the way for the emergence of the Conservative Party in the 1830s.