Tragic Princess who would have been Queen 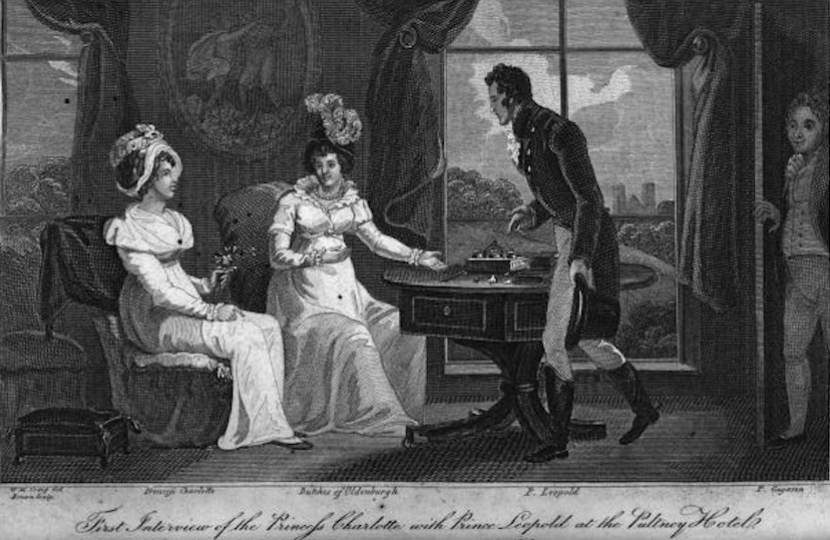 Throughout her short life, Princess Charlotte (1796-1817) was in the direct line of succession to the throne. She was the only child of the Prince of Wales, later King George IV (1820-30), and his wife, Princess Caroline. This dissipated pair hated each other. Their daughter, who would have become queen if she had lived, had a lonely and insecure childhood.

A new biography of her, The Lost Queen by Anne Stott, has just been published. An article about the book in The Times on May 26 dwelt on her love life. She dallied with a number of young men before marrying one of them in 1816.

Alistair Lexden, a reader of royal biographies, comments: “Princess Charlotte’s infatuations in her late teens almost proved her undoing. Captain Charles Hesse, no stranger to her bedroom (with the connivance of her dissolute mother) went off to the Peninsular War with her love letters, ignoring her pleas for their return. Prince Augustus of Prussia, whom for a time she was very keen to marry, had a wife and three young children living secretly in Paris. Fortunate in her eventual choice, Prince Leopold, her death a year later occurred after she had been in labour for 52 hours. Her doctor, who refused to induce the birth of her child, a boy who was still-born, shot himself the following year. A truly tragic tale.”

Image: Artist's impression of the first meeting between Princess Charlotte (left) and Prince Leopold (in front of window, with Grand Duchess Catherine Pavlovna of Russia and the Russian Prince Nikolai Gagarin)