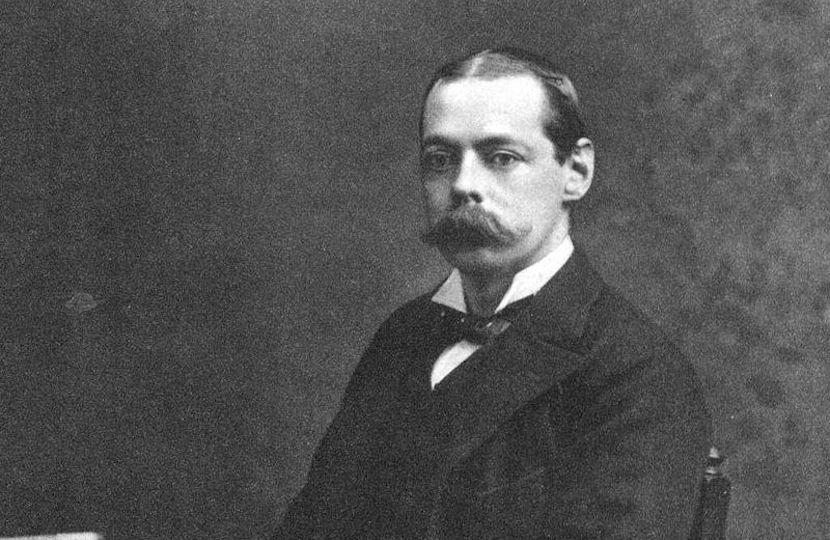 Following his Spectator letter (see below) on strains within the Liberal Party at Christmas 1885, Alistair Lexden wrote to The Daily Telegraph about Christmas turmoil in the Conservative leadership the following year, 1886.

This second Christmas historical vignette was published on December 21 as The Telegraph’s lead letter with one or two editorial cuts.

The last one occurred 135 years ago. On  December 22 1886, Winston Churchill’s father, Lord Randolph, resigned as chancellor of the exchequer in a rude  letter delivered by messenger to the prime minister, Lord Salisbury, and by hand to the press to ensure the sensational news appeared the following morning .

Salisbury observed wryly: “Not much, I am afraid, around us of ‘peace and goodwill’ ”.

Ostensibly the issue was public spending: Churchill could not get his demand for defence cuts approved by the Cabinet. His real motive was obvious to everyone. As the cabinet minister, Lord Cranbrook, noted in his diary on Christmas Day, “ e was a growing rival of the prime minister and wished to wrest the lead from him.”

Salisbury knew that he could ill afford to lose his talented chancellor, writing that “our front-bench power in the House of Commons is so weak that we run a very great risk of being broken to pieces”.

Lord Randolph spent Christmas in London “smoking cigarettes, completely prostrated by the excitement of the last two days.” But his hopes were to be dashed because, in a phrase that quickly became famous, he “forgot Goschen”. The brilliant Liberal financier, George Goschen, was induced to take on the Treasury and Are there lessons here for the current chancellor with his undisguised leadership ambitions?