Stanley Baldwin and the birth of One-Nation Conservatism 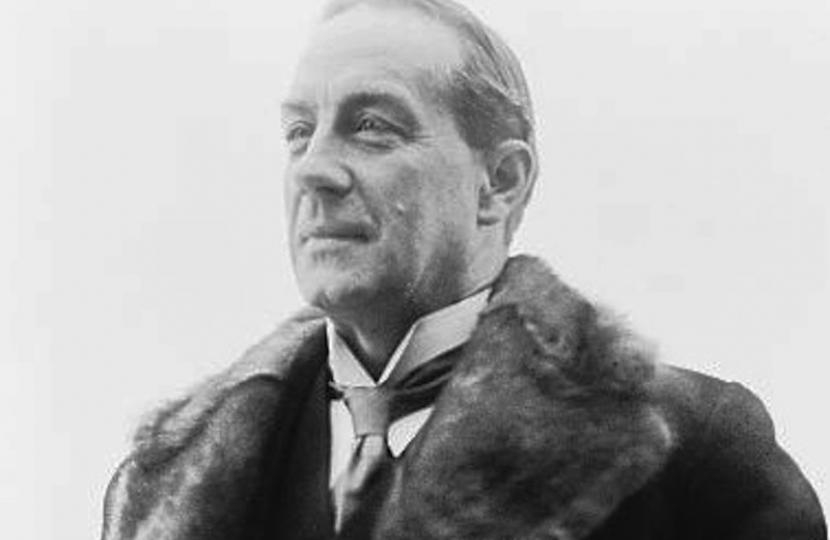 The 150th anniversary of Stanley Baldwin’s birth falls next year. A statue of him is to be erected at Bewdley in Worcestershire, the constituency which he represented in Parliament.

Against that background the time has come to reassess Baldwin’s place in the history of the Conservative Party. He was the founder of one-nation Conservatism, as Alistair Lexden, the Party’s historian, explains in this article.

The approach of Stanley Baldwin’s retirement from politics at the end of his third term as Prime Minister shortly before his seventieth birthday in 1937 prompted the Earl of Crawford, a very senior Tory, to make an assessment of his importance. “Baldwin”, he wrote in his diary on 5 May that year, “has established a mystique in public esteem comparable only to that felt for Disraeli”.

The diarist, a former Cabinet Minister and Chief Whip, did not exaggerate. Baldwin, like Disraeli, captured people’s hearts as well as their minds to an extent that is rare in British politics. In electoral terms indeed he eclipsed his famous predecessor. Tory leader during fourteen tumultuous years (1923-37) when, thanks to him, Britain became a full democracy with the enfranchisement of younger women, Baldwin won the votes of many natural Liberal supporters and others on the moderate left who had always eluded Dizzy. “Toryism, as expounded by him, lost many of its repellent features”, as one leading journalist put it in explaining his wide appeal outside the ranks of his own Party.

He proved to be exactly the right kind of Tory for the inter-war years, mastering both their two new mass media: film and broadcasting .At three elections (1924, 1931 and 1935) his immense popularity helped bring the Conservative Party more Parliamentary seats than at any other time in its history.

Baldwin triumphed because he undertook work that Disraeli had left undone. The latter set people talking about Britain’s two nations, the rich and the poor, “between whom there is no intercourse and no sympathy”, in the words of his famous novel Sybil, published in 1845. For years the Tories saw no need to do more than proffer mild assistance to the poor in their distress. Baldwin insisted that the Party must go much further. He committed it to the task of healing Britain’s deep social divide. He struck the note which was to reverberate throughout subsequent Tory (and indeed British) history in a speech on 4 December 1924. He said: “ we stand for the union of those two nations of which Disraeli spoke two generations ago: union among our own people to make one nation of our own people at home which, if secured, nothing else matters in the world”. One-nation Conservatism was born.

Baldwin’s deep Christian convictions, his long business experience and his determination to establish social stability combined to create this new one-nation Conservatism. He saw himself as “God’s instrument for the work of the healing of the nation”, becoming the only Tory leader ever to lace his speeches with references to the divine (in this respect and some others he resembled Gladstone).

Until his first major political appointment as Financial Secretary to the Treasury in 1917, he was actively involved in the running of Baldwins Ltd., a great iron, steel and coal conglomerate with 4,000 employees. No discord ever troubled their relations with their employers, providing Baldwin with a model which inspired him in working for good industrial relations throughout the land with a dedication that no previous Tory leader had shown, signalled memorably in a celebrated speech in 1925 which ended with his famous call: “Give peace in our time, O Lord”. Applause swept all sides in the Commons. In the following year he did everything possible to avert the General Strike, the severest test of his consensual style, and, when it was over, quickly rebuilt links with the moderates who led the trade unions.

In the wider cause of social stability, he was clear that the rich must set an example, as he himself had done by giving a fifth of his wealth anonymously to the state after the First World War. The rich must also be prepared to accept higher taxation, which became a feature of the inter-war period. Such measures would assist the destruction of class barriers, the central objective of his one-nation approach. Conservatives, he said, must work for “the union of all classes”. To underline the point, he urged them in the 1930s to cast off their name and take a new one, the National Party. On this, and on some other matters, he was defeated by right-wing elements among the Tories (they called him a semi-socialist), but he won most of his internal battles to bring about essential modernisation.

Towards a Welfare State

Tory policy was reshaped to advance the cause of one nation. Social reform became the Party’s dominant preoccupation for the first time in its history. “The Conservative Party”, Baldwin declared at the 1929 election, “regards the prosperity of trade and industry, not as an end in itself, but as a means to improve the condition of the people”. He found in Neville Chamberlain, his most outstanding minister, the perfect agent for the demanding task.

Local government services were transformed, large swathes of slums were cleared and over two million new homes built, contributory pensions were introduced and the first national health services were provided as a result of the initiatives of the inspired social reformer who worked at Baldwin’s side in giving practical expression to his vision of one nation. Here in embryonic form was a Tory welfare state which, if it had not been superseded by Attlee’s much-admired version after 1945, would have served the country well in the later twentieth century: for it would have ensured that benefits were closely linked to social security contributions and prevented undue dependence on the state. Baldwin insisted on the need to “preserve that individualistic self-reliance which has been the great attribute of our people” while developing “a more communal sense to keep in comfort the people of our island”.

His Crusade for One Nation

Baldwin explained his one nation vision to the electorate plainly and straightforwardly in conformity with his conviction that in the new fully democratic age, politicians must speak to the people in good, uncluttered, readily intelligible English (of which he was a master). In 1924 in the first of his many broadcasts, he stressed that “my one desire is to get people in this country to pull together, to set up an ideal of service and the love of brethren in place of that of class war”.

These were themes to which he returned repeatedly in the several hundred speeches, lectures, addresses and broadcasts—many of which avoided party politics completely— that he made during his years as Tory leader. Some of the best of them were reprinted in four substantial volumes which went through several editions. No political leader has ever devoted more effort to explaining his underlying aims and principles.

Looking back after he had left office, he summed up his guiding purpose in politics: “for fourteen years I preached up and down Great Britain, attempting to achieve a national unity of spirit and a high conception of what democracy may be, and calling for unselfish service to that ideal”.

His own final service was to secure with immense skill the only abdication of a monarch in modern British history, sparing the nation any threat to its unity which might easily have occurred.

He retired in 1937 at a moment of his own choosing in a blaze of affection and gratitude, becoming Earl Baldwin of Bewdley( the constituency he had represented for nearly thirty years) and a Knight of the Garter.

Lord Crawford added a rider to his assessment of Stanley Baldwin quoted at the beginning of this article. “I think”, he wrote, “ that subject to one contingency, his reputation will continue to grow”. The contingency was of course created by Hitler. Just over two years after Baldwin’s retirement Britain was at war. Retrospectively, he came to be regarded as the betrayer of his country’s interests for having failed to prepare the nation’s defences in readiness for the onslaught.

It was a highly partisan verdict passed most damningly of all by Winston Churchill, his former minister and friend, who first became his fierce critic in 1930, denouncing him for setting India on the path to internal self-government. Churchill’s post-war stature led his condemnation of Baldwin for failing to rearm to be regarded for a time as the incontrovertible historical truth.

Today, that bitter controversy no longer obscures the reality. It was Baldwin who in the face of sustained attacks by Labour and the Liberals began Britain’s ambitious rearmament programme. In 1934 he ordered 41 new RAF squadrons and another 39 in 1935. Churchill demanded yet more—and at a faster rate of production. The full historical record does not show that he was clearly right. And so the shadow has lifted from the reputation of Stanley Baldwin, the founder of one-nation Conservatism.