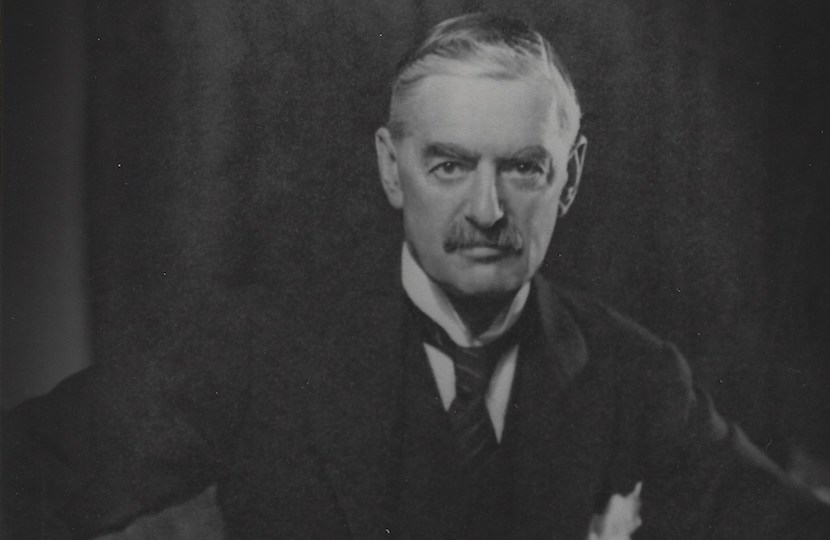 Chamberlain is the most misunderstood statesman in modern British history. Alistair Lexden tackled the misconceptions in his booklet, Neville Chamberlain: Redressing the Balance, published in 2018. He summarised some of its main points in the lead letter in The Daily Telegraph on 9 November, the 80th anniversary of Chamberlain’s death.

SIR - Neville Chamberlain died 80 years ago today. The erection of a plaque at Birmingham City Council where, as Lord Mayor in the First World War he pioneered urban planning and health services for all, was postponed because of the current crisis.

The finest administrator of his time, he worked round the clock until a few weeks before his death running the home front so that Churchill, his successor as Prime Minister in May 1940, could concentrate on the war.

Churchill had hoped that they would “go on together through the storm”.

Bitter arguments of the Thirties over Chamberlain’s quest for a settlement with Hitler had been replaced by a wartime partnership.  Chamberlain’s unprecedented expenditure as Prime Minister on defence, rising to nearly 50 per cent of GNP, made possible Churchill’s war to destroy Hitler.

Before 1940,Churchill urged pouring money into building bombers. Chamberlain backed the fighter aircraft that won the Battle of Britain just before his death.

Unfounded attacks on his foreign policy as nothing but “appeasement” have cast his work as an architect of the welfare state into oblivion. He was the greatest Minister of Health the Tories have ever produced. He prepared the way for “the whole nation being brought under medical care” through the NHS.

In the Commons he was unchallenged as master of  the latest medical research, expounded simply, without a note. Could we not do with someone like that today?