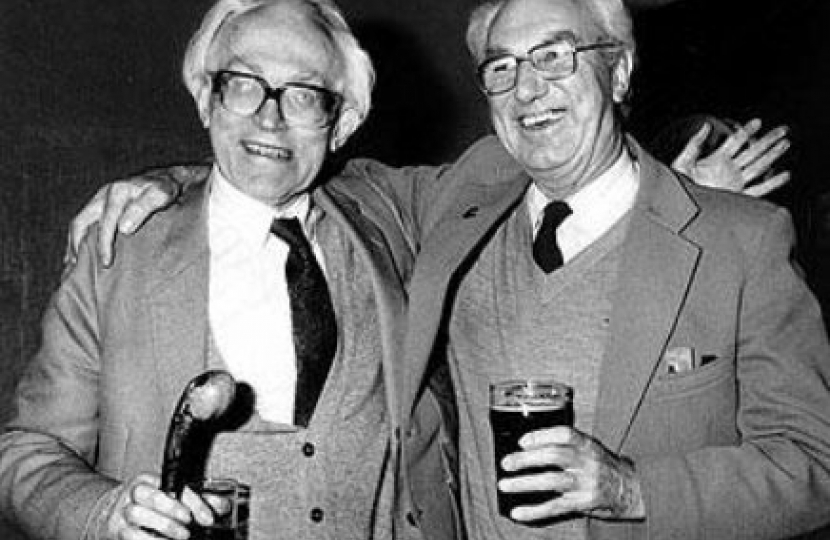 Some recent letters in The Spectator magazine have featured politicians who altered their positions—more than once. Alistair Lexden contributed to the correspondence with a short letter published on 22 June.

Sir: It emerged last year that Michael Foot (Letters, 15 June) had ratted by taking money from the Soviets in return for information. It was of course Churchill who gloried in his flexibility when he left the Liberals and returned to the Tories in 1924: ‘Anyone can rat, but it takes a certain amount of ingenuity to re-rat.’ This is a quality which his biographer, Boris Johnson, also appears to possess, and we may well have cause to be glad of it.

Image: Michael Foot and Ron Lemin in 1987 - Image by JLemin22 licensed under the CC 3.0 Unported license, via Wikipedia