Queen Victoria's sketches of her children 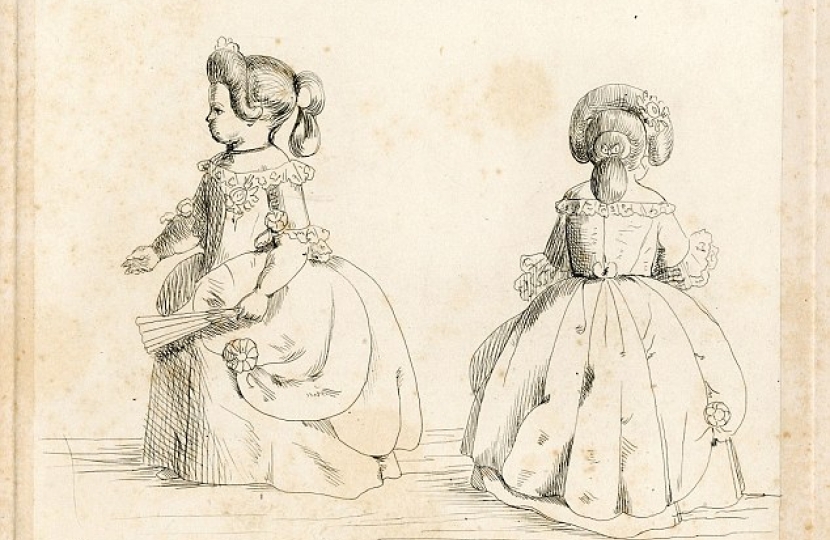 A number of Queen Victoria’s drawings of her children, which were given to the British Museum in 1926, are to go on public display for the first time to mark the bicentenary of her birth in 1819.

In a letter published in The Daily Telegraph on 1 June, Alistair Lexden pointed out that Victoria produced many other fine sketches. The letter was illustrated by a picture of Bertie, the future Edward VII, at the age of one.

SIR – The drawings by Queen Victoria of her children that are to be displayed at the British Museum (report, May 27) represent only a small portion of her output. Dozens more fill a thick volume stamped “Sketches of the Royal Children by VR” in the Royal Archives.

All show the deep affection she felt for her nine offspring. Believing that even “the prettiest child is frightful when undressed”, she decked them all out in colourful silks, trimmed bonnets and sashes, some of the clothing appearing on more than one infant in tribute to her thrift. The pictures were lovingly annotated. The caption under a delightful sketch of the three eldest reads: “Pussy with Bertie in the dresses they wore on little Alice’s christening day June 2 1843.” These sketches by a skilled amateur artist shatter the widespread view that Victoria was an uncaring parent.

She wrote in 1844: “They say no Sovereign was more loved than I am(I am bold enough to say),& this because of our domestic home.”

Image: No license. Via Daily Mail